BEFORE I STARTED my own company, I had been working with tech companies for five years and had learned from some of the best.

One of the first was Intercom, where I worked with the co-founders when it was still just four people and called Contrast. I went on to work for another couple of tech companies such as Engine Yard and then New Relic, which was just after setting up a new office in Dublin.

Software development was something I had been interested in since I was 14 years old, and I eventually went on to study web engineering in college. But I met a weird transition while at Engine Yard and New Relic where I went from being a software developer to a sales engineer.

At the time, I thought this was crazy because I wanted to be a software engineer long-term. However, I knew I was going to start a business at some point. I didn’t know when, but it was always something in the back of my head, so I thought getting exposure to the commercial sales side would be good experience for when I did create my startup.

The business idea I had been toying with for a while initially came from my experiences in final year of college. When I was just about to graduate, I realised how difficult it was to actually find interesting companies to work for.

My work with Eoghan McCabe and the guys at Intercom sort of happened by chance because I went out to events to start meeting people. But for software engineers, it’s like a jungle trying to find good people to work for.

There is a massive disconnect between the industry and graduates straight out of college looking for jobs. So the idea came from a personal frustration really and also because I saw the problem from the company’s side as well from having trouble hiring good software engineers.

I was in New Relic earning a six-figure salary when I decided to set up Shake (later rebranded as Huma) – a platform to help graduates find the best jobs with interesting companies.

That was the best money I’ve ever earned in my life with tonnes of opportunities in front of me, but I said, “Screw it, I’ll start a business.” The problem was still bugging me and I knew I either needed to shelve it or go for it 110%.

I did have someone initially who was going to set up the business with me, but he got cold feet early on. So I didn’t end up properly launching the business until I started working with a friend who was my housemate at the time and had run a couple of businesses before. 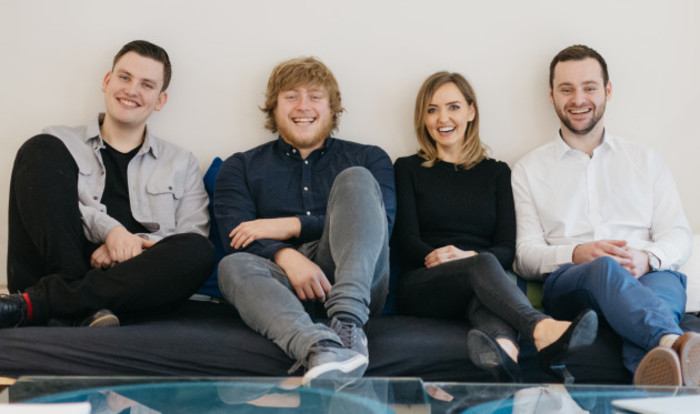 Things went very well in the early days. I had raised €50,000 from family and friends to initially start the company and both myself and my co-founder put in some personal capital as well.

We brought in our first engineering hire towards the end of 2014, so we were a three-person team working on our first product and things were moving along pretty well. However, my co-founder decided to leave the company towards the end of our first year in business and went on to less volatile life than startup land.

After he had left, we continued to make progress as a company and Thomas Cullen, who was our first hire, stepped up as chief tech officer to become my co-founder from there on. Together we probably made the most progress the company had seen.

That was a great, but it was also a very difficult time. We had €300 left in our account when I went out to San Francisco with pennies in my pocket looking for funding. I was counting stacks of quarters to buy a burrito for lunch and dinner and actually used that last bit of money in the bank to incorporate the company in the US.

A week later, we managed to secure our first angel investor and raised $250,000 out there to bankroll the company and hire a couple of more people. We also started to get our first paying customers, which gave us some validation that things were going in the right direction.

Looking back now, the money we raised wasn’t enough at all to run the business, and I think we waited too long to raise that investment.

We should have been looking at a $1 million round instead of $250,000, especially because we were doing something that is not typical for an Irish startup in that we took no Enterprise Ireland money, never went through any accelerators here and all the people backing the company were angel investors from the US.

We went for a really ambitious route into the US market and, thinking back, I never realised how much work was involved. There’s so much to factor in like visas and lawyers, so the money we had raised was not going to see us through to get that completed.

We still managed to bring a product to market, but at the start of this year I flew back out to San Francisco to try to raise a $1 million round – that’s where I realised how stressed and burned out I was and it became apparent how many personal sacrifices I had made.

I sold my car and put all that money into the company, I gave up my apartment and lived out of a suitcase for an entire year, didn’t take a salary for months at a time and gave up so much to a point where I had to question what I was doing.

That’s when the stress started to settle in. I had just gotten back on the ground in San Francisco to kick off the fundraising, and I was struggling to have one or two meals a day. 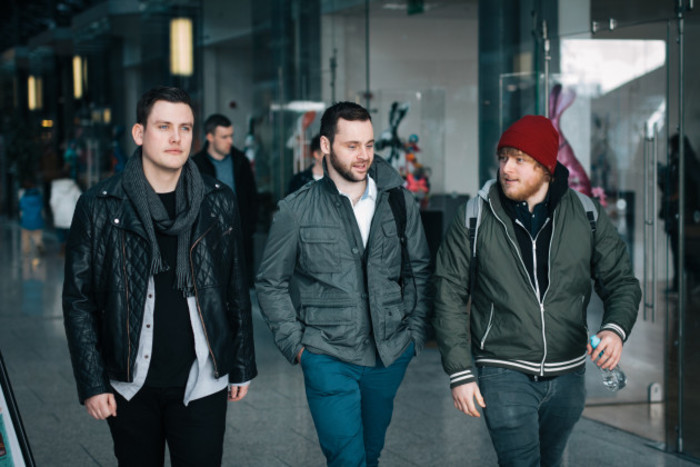 The moment it clicked I needed to wind up the company was when I had been unsuccessful in raising enough money to reach the goal I had set. We had some money on the table to keep us going for a few months, but not nearly enough long-term.

I got on a flight back to Dublin and almost had a panic attack. I was thinking in my head that I have to go back and tell my team I only raised $50,000 from the investors. That I had turned down the money because I thought I couldn’t get us out of this hole.

I remember sitting against a wall at the luggage carousel in Dublin Airport, and it all hit me that I needed to close the company. The next day I made the decision and called the team together to break the news to them.

It was tough to do that, but they knew the difficult challenges we were facing. For instance, our marketing strategy had just failed entirely and we just knew we needed a lot of cash to fix it.

I don’t regret closing the business for a second. I took four months off and binged on a lot of Netflix for the first month, until I decided to just close the laptop and get outside. So I started growing organic herbs and cooking a lot, which was a total contrast to what I had been doing.

After announcing I was closing down the company, I got around 15 job offers within a couple of days, and I was blown away by that, but at the time I was in no position to decide my next step. However, after a couple of months out, I joined ChangeX and it has been a perfect fit.

In the tech world, you get so wrapped up trying to solve engineering problems, you are almost removed from creating value for people, but working for ChangeX has allowed me change that and work closely with people again.

Kevin Holler is the ‎co-founder of Huma and currently head of product at ChangeX. This article was written in conversation with Killian Woods as part of a series on business mistakes and what can be learned from them.