I STARTED OUT my career in accounting looking after a lot of big food brands like Häagen Dazs and Green Giant, but it wasn’t exciting me in any way.

At that time, I was sharing an office with the marketing department and I got so interested in that side of the business, so I started to study marketing by night in Dublin Business School and put my not-so-exciting accounting career firmly behind me in 1999.

My first job in marketing was working for an office furniture company. That was around the time that home offices started to become popular so I was trying to think about how we can do bespoke home offices in people’s houses. The box bedroom would be the ideal spot for a home office, but there are no two rooms the same in a house, so it was very hard to approach that profitably.

Trying to solve that problem is where the idea for my company, GardenRooms.ie, which provides completely separate rooms from the house, really came about. I looked at the Scandinavians and the English and these guys had been doing it for years, which gave me the idea to adopt the concept of home offices in garden rooms here in Ireland.

It’s funny, we started off as home offices and that is still 60% of the business, but now more and more, depending on what stage people are at in their family life cycle, we supply garden rooms now as multi-purpose rooms that are home offices during the week and maybe teenage dens at the weekend, separate from the house but close by. 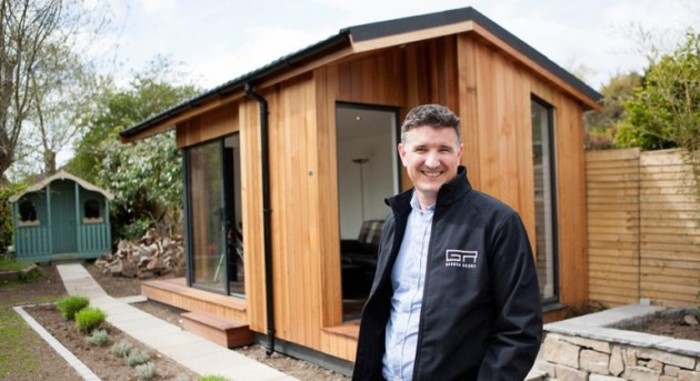 The business took off quite quickly and people seemed to buy into the idea of what we were doing. Trying to build the business took a lot of resources in those early years, but sales was never a concern. Stuff like logistics and quality was consuming my time because sales just kept coming through since the country was in a good place around 2003.

At the time, the internet was in its infancy so I did a lot of advertising in The Trader, a free ad paper in the Irish Independent, the Northside People and the Southside People.

We started the business in the back of a family home in Loughshinny in Skerries. We were encouraging people to come down to check out what we could do and a lot of people were making the effort to come and see our showroom.

Then we started advertising using Google Adwords and my eyes were opened to how much online advertising can consume your budget over a year. When I think back to how much I gave Google, it’s so different now. We’re more focused on blogging and trying to build the business organically as opposed to paying for sponsored adverts.

When we started, marketing spend, in general, per customer was around €240, but then it became price wars with competition and you could be spending €1,300 or €1,400 a customer. So quite quickly, you could spend €25,000 in the space of a year, which is a big chunk to spend when the economy was starting to slow down.

We have diverged away from that now and opted for a combination of planned PR with O’Carroll Consulting alongside a structured social media plan. Our website is our hub and we do four blogs a month that helps bring traffic organically to the site.

From the other side of the table, it can be tough to see how that approach works, but over the past 90 days we had 15,500 visits to our website with this approach. Around 4,500 of those typed our company name in after seeing it elsewhere and the rest Googled some sort of keyword like “home office” or “games room” and found us. 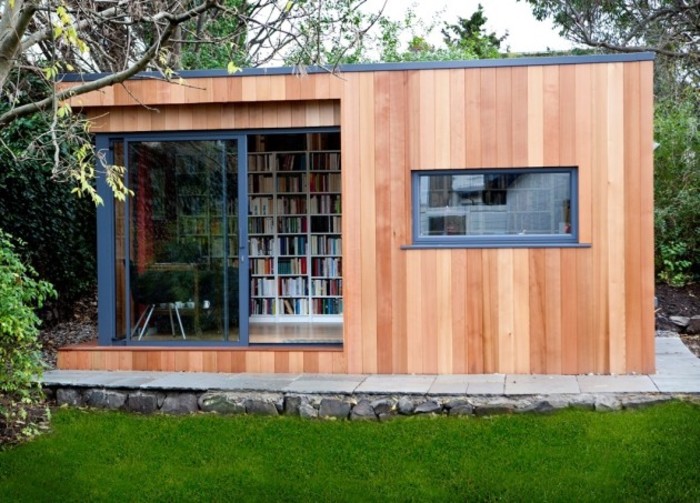 From the start, I wish I had started to build the brand. I wish I had shouted from the rooftops about the business and not doing that was probably a confidence and maturity thing from my side.

I didn’t really have to do that though because everything was going well, but around the latter half of 2007 that all changed and business started to slow down a lot.

By 2010, the business had somewhat imploded and completely stopped. I was recently looking at my P60 of 2010 and it was €14,000 less than minimum wage that year for a single person and I had a family of five trying to live off that.

I had heard the word imploded used before by people in business, but until I was in the middle of it, I didn’t really understand what a company that is imploding actually looks like.

It was a lonely time to be self-employed. There was a lot of soul-searching and I did my fair share of it while driving up and down the M1 to work everyday. At the same time, I was happy that I wasn’t just sitting doing nothing at home. A lot of people didn’t have the luxury of driving to work, they were stuck looking out the window waiting for something to change.

So, my back was against the wall and I needed to diversify the business and I saw the light at the end of the tunnel when we moved into play equipment with a new wing of the business called Garden Play.

I used to question myself during the good times and ask myself was I truly entrepreneurial because I felt I wasn’t. In reality I was too busy with Garden Rooms, however, when I needed to, I clicked into the entrepreneur’s mindset.

Setting up Garden Play clicked with me because I realised how much myself and my wife, Ruth, were spending on our children. During the tough times, all parents are like that. Our children never went without, whereas I would put off buying shoes for myself. For example, we bought our first buggy and it was the same price as my first car, so I said to myself, this is something to tap into.

Getting into the play equipment space was a right fit for us since we were in the garden business anyway. Now Garden Play is 30% of our business and without a doubt it saved us. I always thought it was a temporary solution to tide us over, but it is standing on its own feet and something we’re planning to put more energy into. 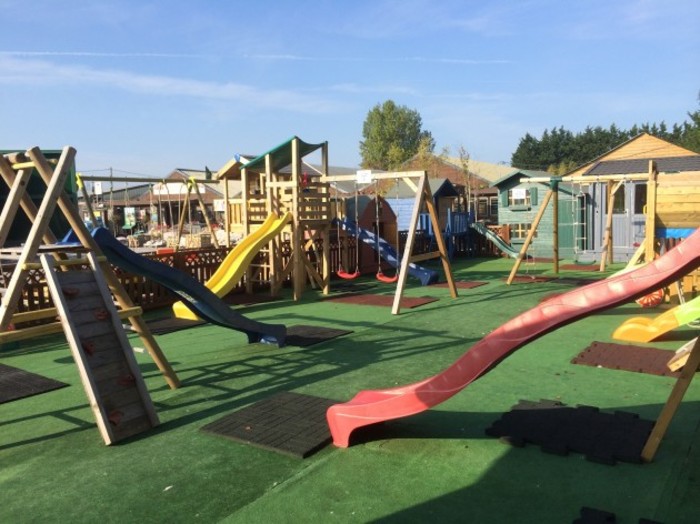 My wife Ruth was marketing manager for Dairygold at the time our youngest was born and she took redundancy. She also had good savings and her thriftiness is definitely one of the other main reasons we were able to weather the recession.

But I still had a cut-off point that I had to try and turn the business around. In the end it took about 18 months to get back on track and I looked at a lot of different processes in the business to make it much leaner.

Between salary and rents, our overheads dramatically reduced to 20% of what they originally were and between 2010 and 2012, the play equipment sales kept us afloat before late 2013 the demand for garden rooms started to rise again.

Since 2014, we have doubled our turnover and a new contemporary design we have on offer has opened a lot of markets for us as well. I have a terrific new team of people all passionate about the brand and really going the extra mile for our customers.

We are now looking at potential new show sites in south Dublin and possibly in Cork because seeing what we can do is a big part of the sale. I predict by 2024, one in three families will consider a garden room as an alternative for space, so I can see it become as normal as an attic or an extension.

John Sherry is the ‎owner of Garden Rooms and Garden Play. This article was written in conversation with Killian Woods as part of a series on business mistakes and what can be learned from them.