DESIGNERS ARE A really entrepreneurial group of people by necessity. There are a lot of people in Ireland who have design training, but there are very few organised jobs and that forces many designers into making their own products for themselves.

That’s really hard to do because it requires a lot of self-financing and, at that early stage, designers have to do a lot of product testing to see what the market wants. This means a lot of people have difficulty making it work.

I did interiors and furniture at DIT in the early 2000s and then moved to London to work as a product designer and do a masters in design futures in Goldsmith College.

Before we opened Designist, which is a retail store for Irish design on Georges Street in Dublin, I was working as a furniture designer for a family-run business that did really high-end kitchens and fitted furniture. I was almost the only person in the company that wasn’t part of the family that worked there.

I decided to start looking at new opportunities when the bottom had dropped out of that market. I had been working on a three-day week for a year at that stage and could see it wasn’t going anywhere. 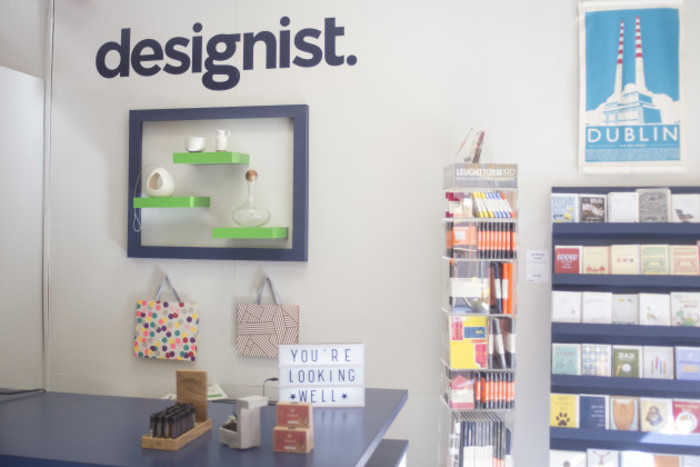 I made myself redundant and went to Fás, where at first they advised me to go do another training course. I felt I had enough qualifications at that stage, so they suggested that I could try to start a business instead and I thought, why not?

Even while I was in my last job, I had been talking with my friend Barbara Nolan for a while, vaguely, about a side business where we would sell accessories. Nothing came of it, but at the point when I said I was going to set up Designist, she decided to do it too.

The day before we opened our doors was the first day the IMF came to Ireland. It might not seem like the best start, but it was actually a great time to open a business.

We had a strong idea about what our shop should be, but we weren’t particularly well versed in how to run a business. So while the place was relatively quiet, we had a chance to learn the ins and outs of managing a shop and business.

The customer feedback from the get go was what really kept us going, but 2012 was a very difficult year. When we first opened up, myself and Barbara were on the Back to Enterprise allowance with Fás. 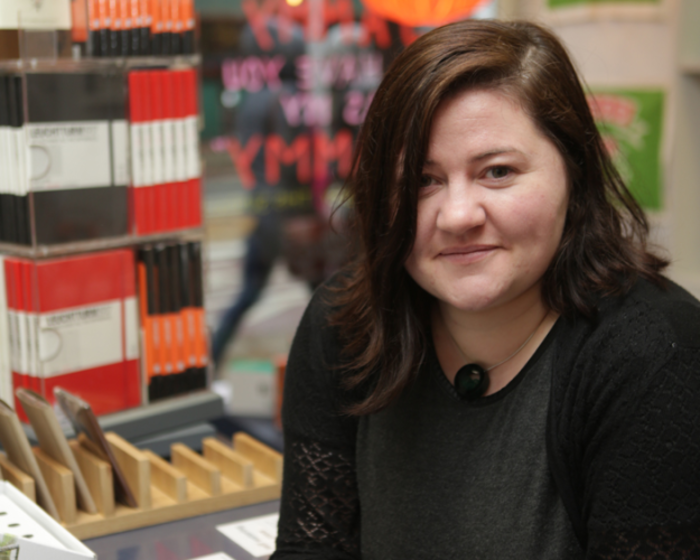 That meant we were getting the dole and didn’t have to make our own wages out of the business, but once those supports disappeared, the market got much worse and meant trying to pay yourself was difficult enough.

Still, in some ways, those tough times were great. It made us into a really lean business and it set up a whole load of systems within the business that are still in place.

For instance, we have a very fast stock turnover – that is in place because, back in 2012, we couldn’t have anything in the shop that we couldn’t sell in 30 days as we might not be able to pay for it in that case. It meant we can change the stock really quickly and ensures there is always something new on the shop floor.

This high turnover of products and the fact we curate what’s on the shelf is what helps us compete with the likes of large online retailers.

On Amazon you have every product in the entire world, but trying to find what you’re actually looking for is difficult. We have a very curated collection that is a distilled list of things we think are really interesting, useful and worthy.

Picking the products for the shelf is one of the largest parts of the job and definitely the most fun. We particularly focus on things that make excellent gifts and are going to fulfill that role in your life, because gift giving is a complex thing. But we definitely don’t always get it right.

There has probably been an entire room of products that haven’t worked for us. We tend to try products very gingerly, so you would only have a small quantity of them and talk to your customers a lot to see what they think about it.

We want to know if a product is the right colour, the right size or useful, so we can feed that back to the companies. Particularly with Irish designers, that first-hand customer feedback is a great service we can offer them.

We get a lot of Irish people who are starting out in business coming to us looking for somewhere to sell their products, so the design community is very vibrant, but it is not half as developed as it could be. 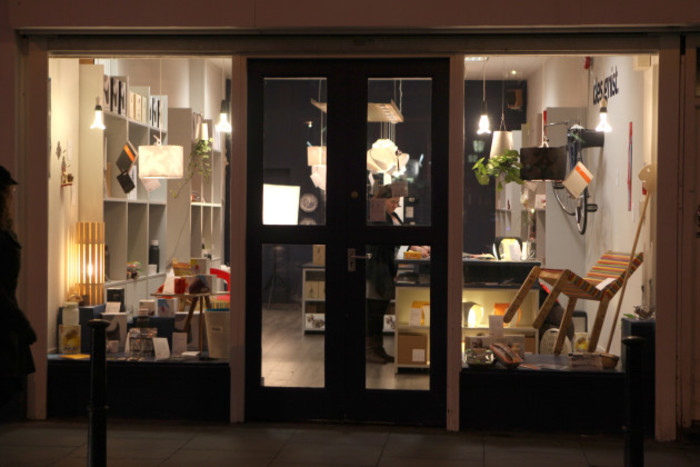 Christmas is a busy time for us and finding the right stuff to fill the shelves is a long and ongoing process. We think about who our customers are and try to have gifts that are suitable for all situations like a mother-in-law, a 13-year-old nephew and maybe a kris kringle – it means we have all the different bases covered.

But it really comes down to a gut feeling on our part about whether a product is interesting.

It was our accountant who told us to go ‘as big as you can’ when looking for a location for the shop. That’s what really encouraged us to go for the spot on Georges Street.

We were half thinking we would try a side street somewhere at first, but if we didn’t take such a central location with great footfall we probably wouldn’t still be in business.

We’re lucky enough to have some very loyal customers who pop in regularly on their walk around town on Saturday, which might not have happened if we were on a side street.

We have put a lot of energy into building the shop since 2010 and this year we have especially focused lots of time on the website. Irish people seem to be embracing shopping online but appreciate still being able to shop somewhere Irish and get fast, easy delivery.

It’s hard to know what’s next for Designist. In the future we would like to expand, but in what direction and how is still up in the air. Once we get Christmas over, we can think about the next phase of the business.

Jennie Flynn is the ‎co-owner of Designist. This article was written in conversation with Killian Woods as part of a series on unlikely entrepreneurs.