I HAD BEEN working on the idea for Base Bicycles – a bike that could replace your car – for almost two years when I booked a trip to China.

I said goodbye to my life in Ireland and flew over to put together a product and a team that could completely reimagine what a bicycle was and accelerate the adoption of cycling as a mode of transport.

It was back when I was commuting by bicycle from Cabinteely to Dublin’s city centre that I came up with the idea.

I knew full well about the benefits that exercising had – the biggest was how much better I could concentrate – but there were some elements of a bike that just weren’t practical.

One, in particular, was showing up to the office sweaty. I wanted to create a new brand of bicycles, accessories and casual cycling clothing that would make it more attractive for the average person to ditch their car and start cycling.

I knew that we would have to create a bike that was ‘smart’, had an electric motor, was maintenance-free, and was modular so it could easily adapt to your needs. 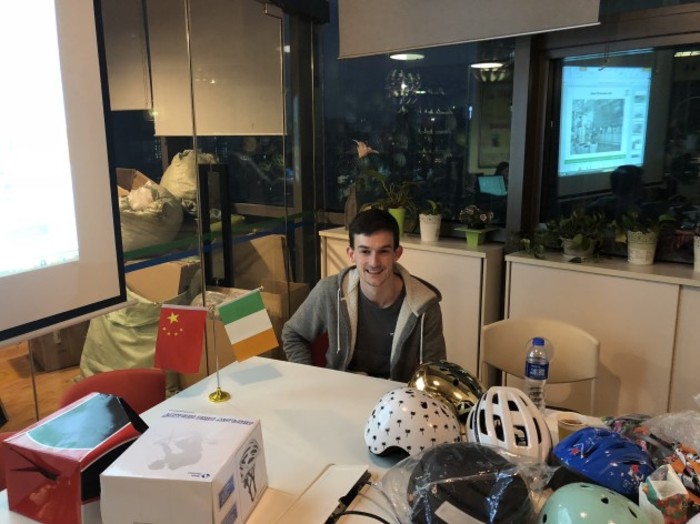 After a few weeks in China, I wasn’t making much progress – and I was finding it quite difficult to live there. I decided to take a few days off and booked the short flight into Ho Chi Minh, Vietnam.

My first impression was, “Holy shit, it’s so cheap.” I remember thinking I could cut my salary by 75% and still live like a king.

Originally planning to stay in Vietnam for a weekend, I never returned to China.

At this point, I hired an amazing engineer from Ireland, Alastair, who I knew from years back when we were racing downhill mountain bikes.

He had recently left his job designing bikes for a big international brand, so I reached out to him, shared my ideas and we quickly started working together.

Alastair mentioned he had visited a really cool factory in Vietnam, so the next week, myself and another member of the team flew down to check it out.

I have visited my fair share of bicycle factories all around China and Taiwan, but I had never seen anything like this one.

There were 150 robots working in-sync with quality-control points on every manufacturing line.

Working with a factory of this scale would have its own set of challenges. Learning that the tooling fee alone would cost up to $100,000 was really demotivating, considering this project was being funded by the revenue of my other small bicycle brand, Vital Fixies.

It was a tough decision whether to continue development with a Chinese factory where startup costs were almost 10 times less or to go with the Vietnamese facility.

But I was determined to create the best bicycle in the world; to do that, we had to work with the best factory in the world.

We decided to relocate our office to Ho Chi Minh where we could have a much more hands-on approach to manufacturing.

Four years ago, I had started Vital Fixies when I was 17 with small investments from my brother and my dad.

Being 100% family-owned is pretty amazing; since launching Vital Fixies I have been able to continuously reinvest all profits into exploring different opportunities and developing new products.

It was an easy decision, over breakfast, to go all-in and invest everything in launching Base Bicycles. This is something that mightn’t have been possible with more short-term profit focused investors as it was a huge risk. 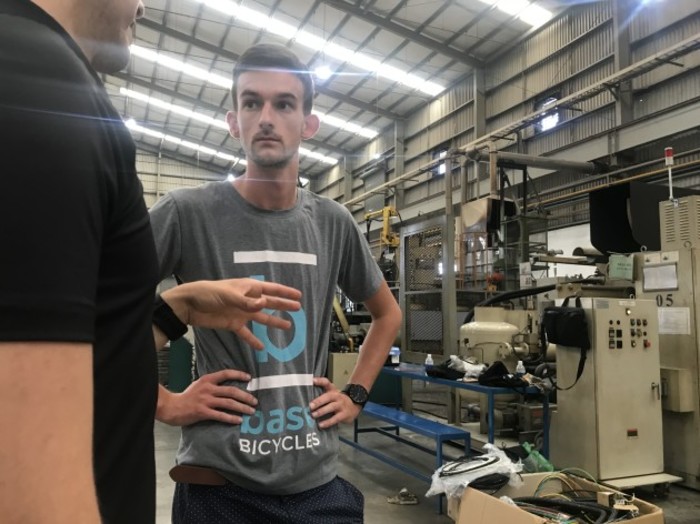 I actually don’t think it would have been possible to set up Base back in Ireland. We certainly wouldn’t be able to stay self-funded and grow the team at the rate we are.

Being a foreign company here also attracts top talent as we can pay better and give our staff experience at working in an international business – something that isn’t valued as much in Europe.

We have really been bootstrapping the company to date. It’s amazing how low the cost of living is here in Vietnam. Myself and Jordan spent almost six months living in a 20-bed hostel room and eating 30c meals so we could invest everything in product development.

We’re now a team of four and we’re at the point where Vital Fixies has pretty much sold out of bikes so we’re raising a small round of investment of €100,000 to get us to the next stage.

We decided to offer a minimum investment of €5,000 to make it really accessible for people to invest if they believed in what we were doing. The knowledge, experience and contacts of a strategic investor can be much more valuable than the cash they put in.

We still have a lot of work to do with our flagship electric bike, so we’re launching a Kickstarter campaign for a cycling messenger bag which will go live towards the end of October.

This wasn’t part of our original plan, but it’s the perfect way to launch the brand, increase awareness, start generating revenue and receive feedback on our awesome new product.

Developing the messenger bag has been a whole other story in itself.

The product has already been through 15 months of non-stop testing and we’re now working with a factory just a few minutes from our office, allowing changes to be made in a matter of hours rather than the weeks it used to take when we were based in Ireland.

Jack O’Sullivan is the founder of Base Bicycles and Vital Fixies.