MY FAMILY HAS been involved in poultry production since the mid-1960s and despite being forced to adapt to many changes along the way and reshape my business, I still have the chicken farm.

The long version of the story is a local co-op called Kantoher Creamery, which was established in 1904 near our farm, diversified from originally just doing milk production into cheese and butter and kept diversifying to supply the needs of the local farming community and eventually started chicken production in 1964.

My late father, Joe O’Connor, was involved in setting up that chicken production wing of the business because he was a manager in the co-op. So we had a shed that could house 4,500 chickens put on our farm and I can still remember as a small kid feeding them all with 20kg bags on my back with my mother, brothers and sisters.

I took over that farm and it is still in the family, but along the way I’ve had to diversify the business and that’s where the idea for BHSL – a startup that develops technology to convert chicken manure to energy – all began.

It actually all came down to one night in 1998 when we were told by a representative from Limerick County Council that we would not be allowed spread chicken manure on the local lands in the west Limerick region anymore.

This was all because decades of land spreading had led to extremely high phosphorus and nitrogen levels in the ground, causing water pollution issues with the local River Deel and a major drop in fish numbers.

This was two years after I had invested €250,000 in a new poultry shed. So essentially, I had made a major investment in expanding the business and by 1998 we were going to be shut down because we had nowhere else to go with the poultry manure.

Since we were shut down overnight, we started shipping the manure off to tillage lands up in Kildare and Cork, but it wasn’t viable to keep that going due to the transport costs. So I went to the University of Limerick to see if there was anything else I could do with the manure.

I met with Dr JJ Leahy of the university and he told me about all the energy content in the manure and explained how we could use it to generate heat and energise local power plants, but having looked at that option, it was clear at the time I was never going to live in the area if I proposed to put up an incinerator. 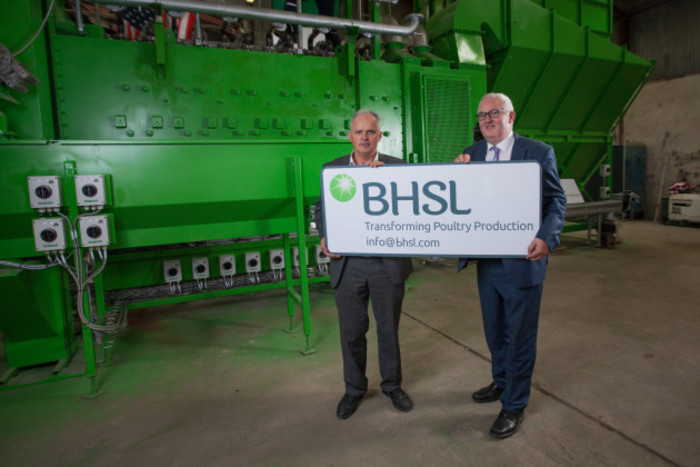 So I went back and asked was there a possibility of taking these power plants and miniaturising them so they could be used on my own farm – that was the moment the idea of turning farm manure into energy started to come together.

In 2001, I made an application with the University of Limerick and the Kantoher Poultry Growers association to the Environmental Protection Agency to ask for support for the idea and it awarded us a grant.

I started with a one-tonne-a-day fluidised bed combustion unit on my own farm to prove it worked in principle.

Farmers have to get clever

The trial was a success and I ended up with a few bonus points from it. Not only did I get to use all of the manure as a fuel, but because of the abundant heat available I also removed the need for expensive LPG gas heating.

Margins are very tight in farming and we have to come up with every conceivable idea to make a profit. In chicken production, energy is about 15% of the whole costs, so any time I can attack that 15% it means more take-home pay.

One of the high points for the business has been seeing how much potential the company has abroad because the problem is so widespread.

Spreading chicken manure as a fertiliser is starting to be banned on a worldwide basis because they have the same problems we had in west Limerick in 1998 with very high phosphorous levels in the soil.

Curtailing land spreading as a means of getting rid of animal residues is a big change that is coming at us and we have to adapt to change.

Looking back now, the regulatory push in 1998 in Ireland was a great thing to happen because it put us ahead of the curve and this idea of on-farm food and energy production has become big business.

But there have been lows, like the many technical, financial and regulatory challenges that we came up against. We’ve had every kind of problem you can think of thrown at us.

That win was the biggest high we’ve had as a company. We were the guys that instigated it and the EU used BHSL on every aspect of this new regulation and it was huge validation for the work we did. 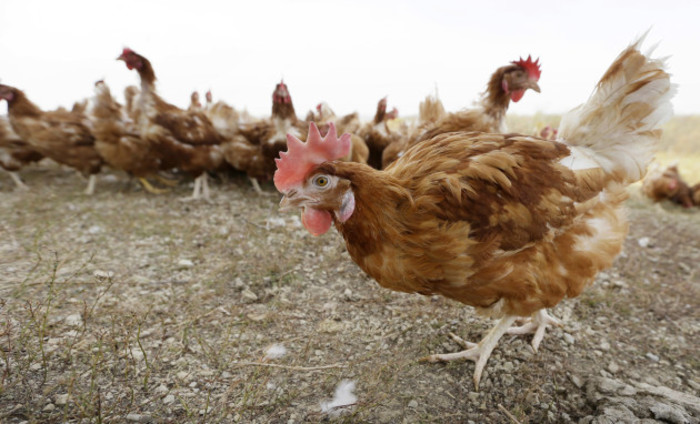 We appeared on RTÉ’s Ear to the Ground in 2002 and it really brought a bit of attention to what we’re doing, but it has been a slow process. For a long time we were scrambling just to get some support to get the company off the ground.

I looked for grant aid to keep the project going because I didn’t have any money to develop all this myself and then my family rolled in behind it in 2004 when we formally launched BHSL. Since then many new investors have come on board showing their confidence in the technology that can transform poultry production.

Since the company now has some credibility, our eyes are on the US. We had a delegation from the US over about four years ago including three senators from Maryland and Virginia and they were looking to solve the same problems we had in Ireland with phosphorous levels in the Chesapeake Bay area similar to what we had in Limerick.

They looked at our plant and took the concept back to the US, put it out to public tender to see if anybody could give a solution that used manure as a fuel on the farm and we won the contract.

It was a $1 million grant and hopefully we will be able to look back at this now as a big tipping point for the company. We’ve now just shipped our first unit to the US in a $3 million pilot project and we have a lot of interest from buyers in the UK, continental Europe and as far afield as Korea.

Despite having to focus a lot of my efforts on creating a technology startup, I’m still a chicken farmer at heart. But my wife runs the free-range poultry business because I am committed to BSHL.

But I miss the farming life and I don’t get back to it as much as I would like to. Hopefully, one day, I will be able to get back to the day-to-day farm work and leave the BHSL business in capable hands.

Jack O’Connor is the ‎founder of BHSL. This article was written in conversation with Killian Woods as part of a series on unlikely entrepreneurs.