THEY SAY THE definition of madness is doing the same things over and over and expecting different results. Perhaps the definition of sanity is the ability to change your mind as the facts change.

Ireland’s business model is undergoing profound change with our economy becoming more complex. It is imperative that we fully understand these changing dynamics. If you do not understand the patient, you cannot prescribe the most effective medicine.

Our business model is different and because it’s different we need new thinking in public policy to adapt to changing circumstance.

In 2010, Ibec was a lone voice in forecasting that Ireland would emerge from recession and the Troika era relatively quickly. In hindsight, our forecasting was if anything too modest. The economy has performed a great deal stronger than we had anticipated, in part because of subsequent developments at the OECD and globally.

Ireland is now benefiting from global movements and shifts towards an intangible economy.

Our world view on Ireland is being borne out in the very significant increases we are seeing in our annual corporation tax returns.

Since 2015, the Exchequer has received €14 billion over and above what it had expected from corporate taxation. At a household level, it is akin to a family winning the lottery, and we have an important decision to make as to which type of lottery winner we wish to be. The one who ends up squandering the vast bulk of the windfall or the one who invests the proceeds wisely.

Making the correct choices requires agility in our thinking. We need to be flexible.

Ireland’s business model has been decades in the making. There is a certain genius in the clarity of it. On one hand, it attract lots and lots of foreign direct investment and on the other, there is the no less important domestic sector. Think of the Irish economy as an aeroplane flying with two engines. It’s a neat model.

These numbers are unparalleled in the history of the State and Ireland now has the highest investment by firms to household consumption ratio in the EU.

The second example can be seen in exports. Last year, Ireland was the second largest exporter of medicines and pharma in the EU. Since 2014, we have surpassed Belgium, the Netherlands, France, Italy and the UK.

The services sector is where we find the third example. In 2007, for every 100 IDA supported jobs in manufacturing, there were 50 in services. A decade later, there were 95 in services. The ratio is almost one for one now as we attract better services jobs to this country. 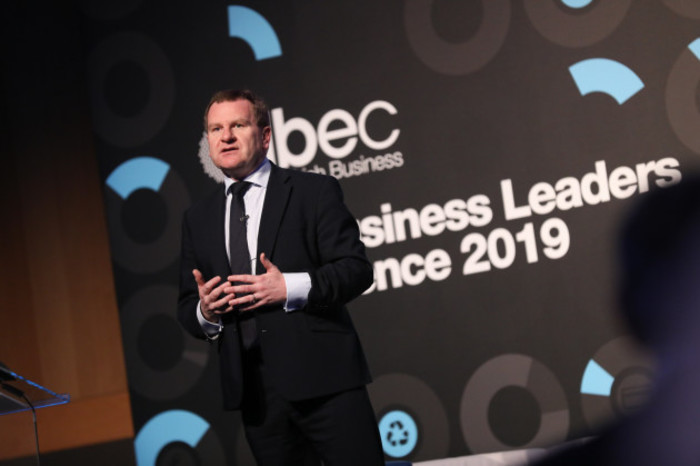 Taken in isolation, each of these dynamics would be individually important. But when taken in the round, the sum of the parts of this package is truly significant.

The health of larger, but less globalised, economies is traditionally checked by analysing at what point they are in the business cycle. Ireland is substantially different. In a nutshell, Ireland now has three separate economic cycles each operating largely independently of one another.

One cycle details the new generation of intangible intensive, globally traded firms. These firms are the disruptors in the world economy, dominating the stock markets and increasingly dominating our lives in the form of smart technology. They are growing at a rate that is independent of most global economic trends and their presence here is turning Ireland into a frontier economy.

The second cycle is experienced by our multinationals and indigenous exporters. It is dominated by demand from the world but particularly the EU, with the spectres of a slowing European economy and, of course, Brexit.

Finally, we have the domestic cycle; banking, construction, domestic services and retail, marked by employment, wages and interest rates facing our households.

From being a relatively straightforward story about foreign direct investment plus a domestic economy, Ireland’s story is now much more complex.

This evolving complexity has wide-reaching consequences for our economy and our politics. It impacts on how we understand the emerging trends, how businesses plan for the future, how household experience the impact of growth, and how the government manages the affairs of the State.

These three business cycles exist or rather co-exist in this exceptionally globalised economy at the one time. They are, for the most part, distinct from one another, and sometimes they are out of sync with one another.

Together, they can make the Irish economy look mildly chaotic to those looking in from the outside. 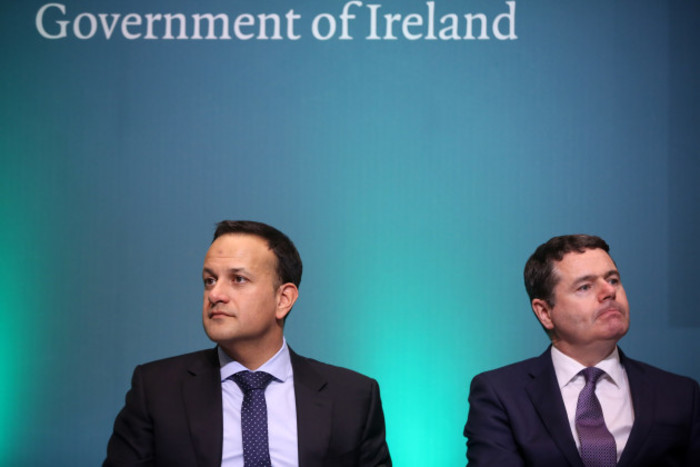 So it is critical we get to grips with understanding the totality of these three cycles. Because for the second time since the introduction of the euro currency two decades ago, we are in the midst of a sustained upturn without the lever of monetary policy to take heat out of the economy. Our competitiveness is hurting and in the current set of circumstances it is likely to continue to decline.

Without recourse to monetary tools, the attention turns to fiscal policy and the budget. But attempting to control the business cycle of our most globalised sectors via the budget is nigh on impossible – because those sectors are driven by international trends outside of our control. The lever of the budget would impact activity in one cycle but not in another.

So how do we solve this conundrum? How do we manage an Irish economy with three separate business cycles?

First, a proportion of surging corporate tax revenues should be allocated for long-term capital needs. The proceeds should be set aside for more ambitious ongoing capital investment for the next economic slowdown so that Ireland has the resources to invest in critical infrastructure and productive investment even when budgetary arithmetic is difficult.

Second, a new SSIA-type scheme to encourage households benefiting from economic growth to save more in the good times. Further incentives could also be built into these schemes to encourage a future staggered withdrawal of these savings or even to provide a bridge to pension provision.

Finally, increased investment in productivity and innovation in sectors where capacity and competitiveness are common challenges. We should not leave behind those firms struggling to survive in a frontier economy.

A driving imperative at Ibec is for a holistic understanding of our business model and we need to ensure that this analysis is properly heard here in Ireland.

Early and correct diagnosis is the key. An ounce of prevention is worth a pound of cure. The facts are changing and we need to respond accordingly and appropriately.

Danny McCoy is CEO of Ibec and spoke at the group’s 2019 Business Leaders Conference this week.