KNOWING WHEN TO change direction, even when it doesn’t seem like a change is needed, has been central to my journey as an entrepreneur.

My career has been filled with critical decisions and strategic pivots, but two stand out specifically, introducing a period of hyper-growth that turned Voxpro from an Irish outsourcer of 300 people into a company of almost 3,000.

Our first major pivot happened during the global economic recession. Anticipating choppy waters, my co-founder, Linda Kiely, and I knew it was time to change direction.

We could see that one group seemed virtually recession-proof: multinational tech companies. By developing outsourcing relationships with tech companies that were scaling rapidly, we hoped that we could follow suit with Voxpro.

We changed tack and put this new strategy into motion. In 2009, we pitched for a contract with Google, and we won. Google was growing quickly, and the six customer service agents on the account soon turned into 30 and then 200, and so on.

The partnership continued to grow because we exceeded expectations. We anticipated the needs of Google and their customers, and we were agile enough to scale to whatever was required to meet those needs.

The success of this contract led to an opportunity to partner with Airbnb. We anticipated that what Airbnb wanted from an outsourcer wasn’t a bunch of people on phones in a large building somewhere but rather an extension of their own offices.

We believed that they should walk into their partner’s office and feel like they were walking into their own. So, we showed them our plans to create areas within Voxpro that mirrored the style and feel of Airbnb HQ.

In the following months, we partnered with more fast-growing, disruptive tech companies. Many of them had never considered outsourcing until they saw our approach to partnerships.

These scale-ups had spent years working night and day on their companies and had no intention of handing over critical functions to a faceless outsourcer that didn’t care. 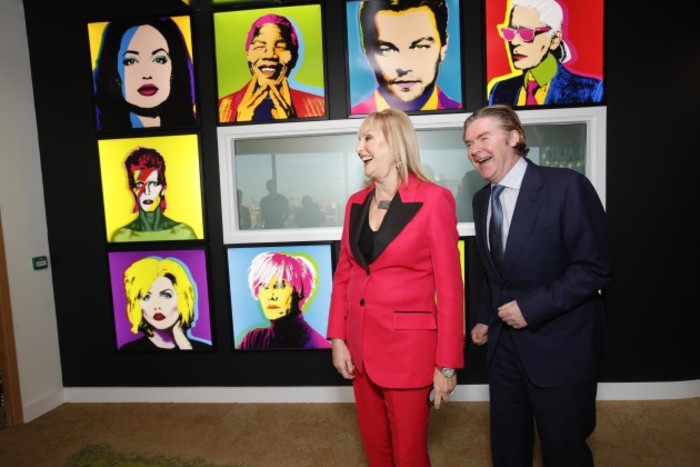 We had learned from watching our partners that if you don’t scale fast enough, you lose your lead and somebody else gets to enjoy your idea.

LinkedIn and PayPal co-founder Reid Hoffman calls this type of growth ‘blitzscaling’. Voxpro had developed a whole new approach to outsourcing, and there was a huge market for it. If we didn’t expand to meet market demand, somebody else would.

So, we started to ‘blitzscale’ Voxpro: more offices, more people and more partners. In two years, we more than doubled our workforce, quadrupled the number of countries we operate in and expanded the service streams we can offer our partners

It hasn’t been easy, but it has been rewarding. Not only have we created new partnerships with tech innovators, we have also learned about rapidly scaling a company.

My advice to other entrepreneurs is:

Looking back on this journey, I think the key differentiator for us has been the ability to change, and change when you’re winning.

It’s easy to sit back and say: “We’re doing great, why change?” But change when you’re doing something well is difficult. That has helped us to be successful.

I still have the mentality that we’re a company of six people. That mentality keeps Voxpro agile and nimble, and it keeps me ready to innovate and pivot quickly when the time comes to change gear.

The life of an entrepreneur is not always an easy one, but it is exciting and rewarding; and I wouldn’t change it for anything.

Dan Kiely is CEO and co-founder of Voxpro.