AT THE BEGINNING of the economic crash in 2007, I was diagnosed with multiple sclerosis (MS). Throughout the downturn I battled to take back control of my life from this serious illness – it was an incredibly difficult period.

Professionally, I was fortunate in many ways, as I cut my teeth as an estate agent in the property market in Northern Ireland between 2003 and 2007. I sold over £100 million worth of real estate in 2006 alone, which was a terrific experience for a young guy at that time.

However, little did I know around that time, only a few months later, I would contract a viral infection and subsequently be diagnosed with the very serious neurological condition.

This sinister development in my life was a showstopper and literally wiped me out for over four years while I struggled to deal with the illness on a mental and physical level.

At that time, I was advised to change my job, work part-time and stop playing football. I was literally conditioned to believe that my life was over. However, I hung in there professionally and stuck with property, not quite working out where I got the energy to do so.

Around 2010, I started to come across some people in the world who were living well with MS, and this gave me some hope. It was exactly what I needed at that time, as the illness carries a very negative perception and gets a lot of acutely negative press, particularly in Ireland.

It inspired me to pull together a plan to change my life and I started to take back control of my mind and my body. 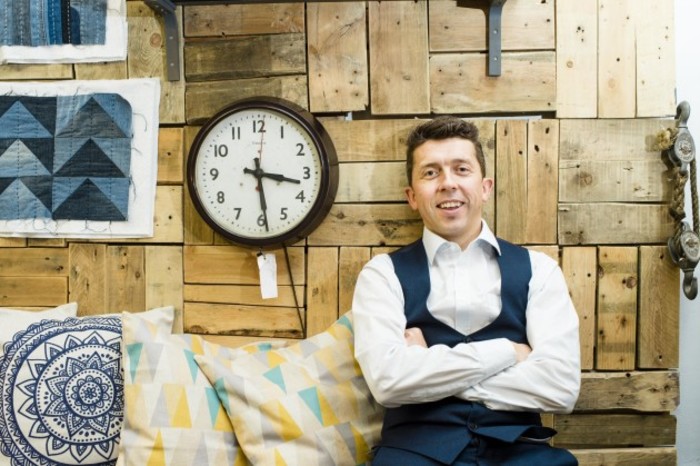 Through my research I was able to work out that I needed to address my nutrition and implement a fairly aggressive exercise program if I was to have a chance of beating this thing. This is exactly what I did.

So this exercise regime, compounded with a very positive attitude, were the ingredients that got me on the road to recovery. Around about 2011, as I was designing a new life for myself health wise, professionally I was also about to start my own business.

I felt at that time that I had acquired the right skill set throughout the previous 10 years in business that might be enough to start my own entrepreneurial journey. So I pulled together a business plan with a friend of mine who is a solicitor.

We put our heads together and felt strongly at that time there was a need for a group of professionals in Ireland who didn’t work for the banks and could give advice to people who were in serious levels of property debt.

Six years on, our firm, GDP Partnership, has been very successful in the property debt advisory world and has become one of the leading practices in Ireland in its field of expertise.

The business has been challenging, like all businesses, but if you have passion for what you do and input a high level of professionalism, then you have the ingredients for success.

In the last six months we have also launched another new business in the form of Clearpath Finance. In this company, we provide business loans to companies right across the country and our goal is to make it the number-one alternative lender in the marketplace in its first 12 months of business.

This is an exciting opportunity as it aims to tackle one of the main challenges facing the business community, which is the lack of liquidity in Ireland.

The last 10 years has been a very interesting time to be in business in Ireland and most would admit that there were some catastrophic mistakes made through the Celtic Tiger. It’s a period in our history that Irish taxpayers are still paying the price for.

However one of the observations I would make right now is that some of the old problems are starting to creep back into our property market, which I don’t believe to be a good thing.

To the less informed eye, the Irish economy appears to be flying. But there is still a huge legacy debt problem out there.

Hundreds of thousands of families are in negative equity and living in what is often referred to as a ‘debtors prison’. There is no easy solution to this, but it’s something to bear in mind.

Yes there has been a lot of investment in the main cities, however a lot of this money is American private equity deposits and, quite frankly, at some point these guys will be looking to exit their positions and while doing so will have aggressive business plans.

This will have both positive and negative effects for our economy in my view. 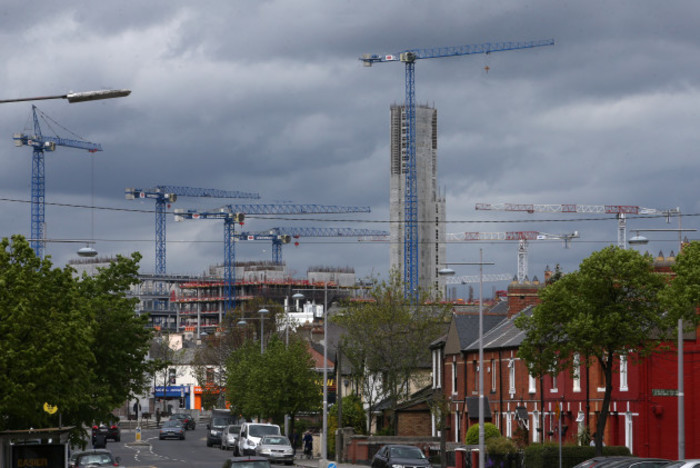 I have thoroughly enjoyed building my businesses with my partner and have put a lot of energy into it over the last 20-odd years, but I still love what I do.

I get the best buzz out of watching our team grow in confidence and develop their own skill sets that will stand them in good stead for the rest of their careers.

However, I am also passionate about helping people overcome and deal with adversity as over the last 10 years I’ve been in many tough positions.

What I’ve found over the years is that I really enjoy writing and expressing myself in this way. So in 2013, I wrote a book called Attitude Is Everything, My MS Story and shared my experience of what it’s like to live with MS.

The reaction to the book was incredible, and this gave me the confidence to continue on with this goal of helping and educating people around the condition, and teach ways in which one can adapt and overcome that kind of challenge.

In March 2017 I released book number two, Ironmind, Against all Odds, which again has been very well received. In this book I talk about how I set myself a goal of completing an ironman triathlon in 20 weeks.

I see myself over the coming years doing a lot more writing. The hope is I can spend more time in this area so I can help a lot more people deal with and manage problems that life has thrown at them.

I say to people that the most important thing you can have is your health, and I now encourage everyone I meet to try and make that extra effort to eat better and be more active.

What I have found is the healthier, stronger and more positive I am, the more productive and successful my businesses tend to be.

Conor Devine is the co-founder of GDP Partnership and Clearpath Finance. He blogs at conordevine.com. This article was written in conversation with Killian Woods as part of a series on unlikely entrepreneurs.