IT’S FUNNY TO look at the tech industry now – I find it hilarious that everyone thinks it’s so cool.

I remember when I was in DIT on Bolton Street in the early 2000s studying computing, we were all a pack of nerds.

I’ve always loved tech from an early age. Since I’ve left college, I think it’s where everything exciting is happening. It’s fast-paced work, there’s always a deadline and you’re always full of adrenaline. But it wasn’t cool to be involved in when I started.

I began as a business analyst in Symantec. Then I did a masters in computing part-time at night so I could get a few steps up the ladder of the tech industry.

I moved over to Meteor after nearly five years, and I got more involved in the project management side – I was the one who managed the team of project managers.

After the company was bought by Eir, I spent a bit of time as a ‘change champion’ to help make sure the post-acquisition process was as smooth as possible and did a small amount of time in HR.

It came to a point when Eir were doing these voluntary redundancy packages and I was pregnant with my third child. I said to myself that “I’d love one of them”. That’s when I left. 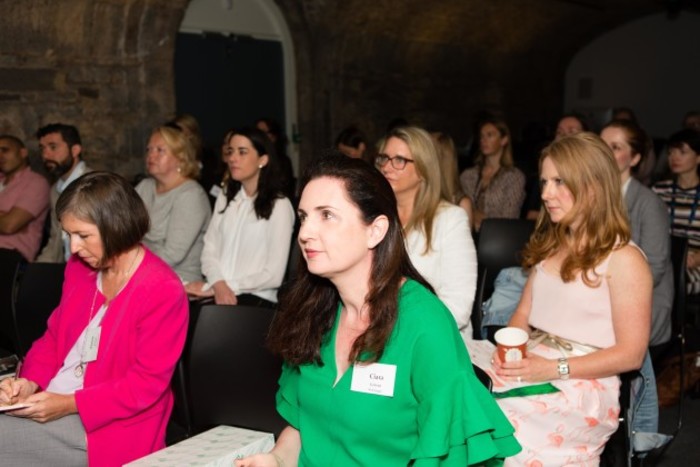 There was definitely a fear factor associated with launching the business. Absolutely.

I always wanted to start my own business, if I’m honest, but I suppose I always had a good job and didn’t have a family background in entrepreneurship, so it was daunting.

Not just because I could be down financially, but I was thinking that my own reputation would be on the line.

It’s quite scary to put yourself out there. Most of my peers have regular day jobs in banks or as accountants, while I’m out on my own.

But when I had my third child and had taken some time out of the corporate workplace, that’s when I started thinking that this could be my chance.

I had stepped off the corporate ladder, and it gave me a chance to actually think what I wanted instead of just being on that busy treadmill.

When you’re working full-time and have small kids, you don’t have time to bless yourself really – and so when you step away from work that’s when you really start to spot opportunities.

I took a few years out and, after a small stint working for Accenture, I started my business.

I live in Malahide and was working in Sandyford for Accenture, so that was a huge commute through the belly of the M50 – it was horrific. I would sit in traffic every day and think there must be a way around this.

That’s where my idea for WorkJuggle – a website that caters for permanent but flexible roles, remote working and anything that isn’t a traditional 9-5 job – came from.

For years I was working with people based all over the world in the likes of India and the US – all remote teams and who never necessarily met each other.

Tech has moved on and so many people have great access to broadband, and offices are incredibly expensive places to run. So there’s no reason why more people can’t do a full working day from home as opposed to spending time on the M50.

I had seen, particularly because I was in the tech space where there aren’t as many girls, a number of really talented, technical women leave the workplace because they weren’t able to get a bit of flexibility. It’s a terrible shame because those skills and people are lost.

I applied for competitive start funding from Enterprise Ireland a couple of times, and I just haven’t got it. I had a particularly good feeling about it last time but I didn’t get it, which was really disappointing.

That was one of the real lows so far. We’ve brought WorkJuggle to a really great stage with no outside investment, but I do find funding a challenge.

If I could go back and do it all again, I think I would have tried to get funding earlier – that’s one mistake I made. I don’t have a background in raising funds, so when you’re trying to do that and keep the business moving, it’s very hard.

I was used to someone giving me my budget and away I went – but running the business and applying for funding at the same time is very time-consuming.

I’ve bootstrapped the whole thing so far, which is stressful. I think even a loan would have been a good idea.

I got a small amount of funding from Enterprise Ireland through New Frontiers – €15,000 – but it’s not a lot to kick-start a business. 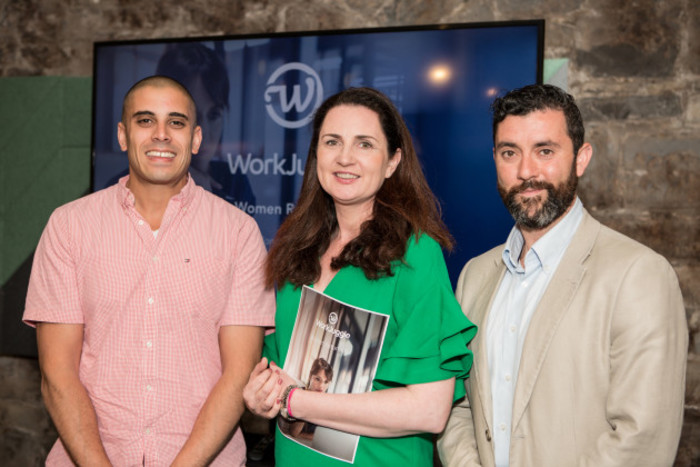 I have a team in WorkJuggle now – which I didn’t at the start – and that’s great. Certainly at the start I found it that bit lonelier while I was on my own.

That’s why I’ve found the New Frontiers programme and the DCU Ryan Academy female accelerator, which I did last year, great. You start talking to other people who are similar to yourself and don’t think you’re completely mad.

We’re still at a very early stage, but building the platform and bootstrapping everything to date is what I’m most proud of. It looks good and I pulled it out of not a lot considering the budgets I was used to working with.

One thing I’ve learned is that everything takes time – and always takes longer than you budgeted for.

I’ve also learned is that when you work in a corporate world, the stuff you know about is so small in the grand scheme of things – you only really know you’re own little patch.

I know nothing about marketing or sales and for me it has been a real eye-opener to learn about all that.

What I see in terms of registrations on my website so far is a half-and-half mix of male and female working parents who are juggling a lot of balls and want a flexible job.

But I also see people who have had long, 30-year careers and are not ready for retirement, but they still want a job a few days a week.

The other cohort of people signing up – which has really surprised me – are millennials. One of the first people to register on my site was in her 20s, had worked for Google but had a side business as well.

She wanted to work two or three days a week and focus on the side business for the rest of her time. When I was in my 20s, that would never have occurred to me as an option.

But millennials coming up now have a very different approach to work and want more from their workplace. It’s for this exact reason that I see WorkJuggle as completely scalable. It is the future of work.

I meet so many people who want this kind of service that will help them find jobs with flexible hours, and that’s what keeps me going. So despite some of the low moments, I’ve never questioned if this is what I should be doing.

Ciara Garvan is the co-founder of WorkJuggle. This article was written in conversation with Killian Woods as part of a series on business mistakes and what can be learned from them.