I’M AN INDUSTRIAL designer by background. I trained and worked in the UK, spent some time in a small agency in Ireland and then moved to GK, a leading consultancy in Japan.

I worked mainly on transportation design but also on capital goods; I was as a team member on a project that designed a small car for Japanese cities, like an early version of a Smart car.

Everything was really different there in terms of language and culture, but Japan was very much on the up. It was a formative experience. But when I came back here in 1983, I decided it was the right time to stay and set up a creative business.

The catalyst for setting up our design consultancy, Design Partners, was the closure of the government-funded Kilkenny Design Workshops – a number of people saw opportunities to create independent product design activity in Ireland at that time.

We started with very small beginnings, like most businesses, but we’ve grown over the 35-year period since then to be a significant player in the international market.

We work in three areas: consumer electronics and consumer products, professional products, which are products for improving the future of work, and healthcare products, such as specialised medical and surgical devices.

Our base is a large, purpose-built facility just outside Bray, and all our clients are international in one way or another – they’re either based overseas or they have a presence in Ireland but sell to world markets.

It’s very much an international firm and we have people on the team from all over the world. 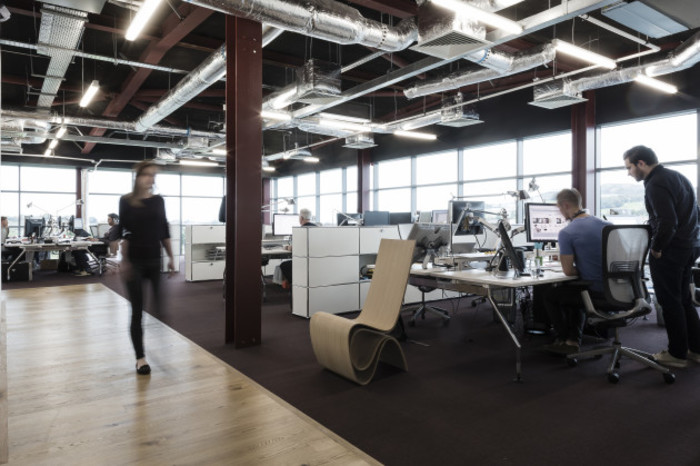 I think every couple of years brings challenges to a business, and we’re no different. Starting out, we got some lucky breaks – we were in the right place at the right time to working with a number of great brands.

In the early 80s we started working with French companies: Terraillon and Camping Gaz, which was diversifying its product range, and then later, Logitech, whom we’ve been working with since 1995. Recently we’ve worked with Samsung and Huawei.

One of the most difficult parts of working in consultancy can be the decision-making process. Getting clients to have the right criteria for success, make the right decisions and move in a timely fashion can be frustrating.

The better your relationship with your clients – the better the trust and the better the communication – the better chances you have of success. It’s the old story that people do business with people they like, and it’s true in the design process as well. 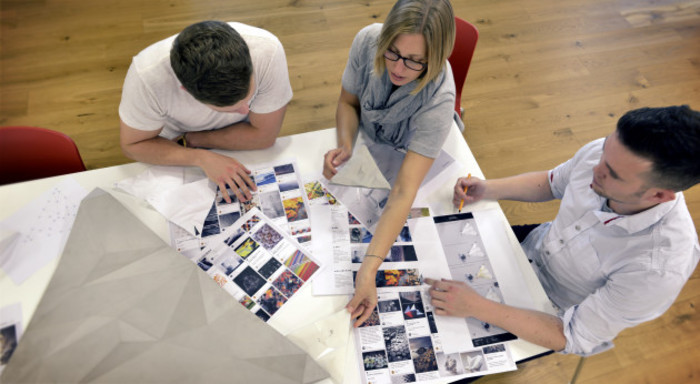 I learned a lot about creativity and working together in teams while I was in Japan. I was a very different work environment to Europe, even then, very much team-based and about creating strong interdependence between groups of people working together.

I think some of those things influenced how we do things here in Design Partners today. But in general I don’t think the Japanese work ethic can be applied to Europe.

I think we take a different approach and our approach is right for us. Loyalty can be more important that productivity in Japan.

We work with our hands, which I think is very good for creativity and for mental health.

For a lot of the work we do, we’ve found ways we can still hold onto traditional craft techniques – mainly because it’s effective, but also because I think it helps the creative process.

We’ve invested in a lot of technology to make that happen. It’s often not the way in other design firms I have seen, and I think it really is bad when products are designed exclusively on computers – something really gets lost in the process. 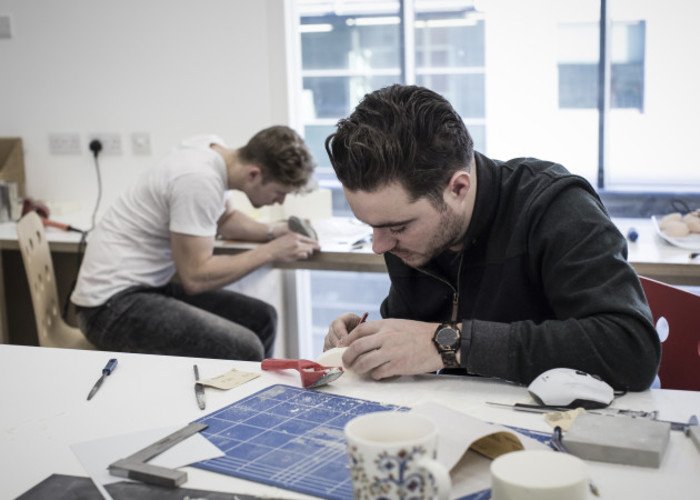 There are business-related things – profit and loss, growth, pitching for new work – that are stressful, but certainly the way to solve some of those stress-related things in work is by talking about them and sharing the load.

We have a meeting at the beginning of every week where we share the projects, we share the challenges, we tell a few stories about the week that’s gone by and we talk about what’s important for the couple of weeks ahead.

We do that every Monday for about 45 minutes with the whole office. I think that’s one of the practical things that really makes a difference. Often good suggestions come from that meeting, even though it’s quite short.

I think the creative process in itself is inherently exciting and rewarding, when you create something new that didn’t exist before and you know this is a significant step on what was there previously. That’s very motivating for most designers.

In an industrial context, your work is reproduced and seen all over the place, and I think a lot of designers get a lot of satisfaction from that happening.

They’re often anonymous, but they know when their work is being enjoyed by millions of people, and we all take pride in that.

I think human creativity in all its various forms and applications is an extremely powerful tool for the world in general. Design, applied well, can solve big problems and getting the chance to work in this area is quite a big deal for me. 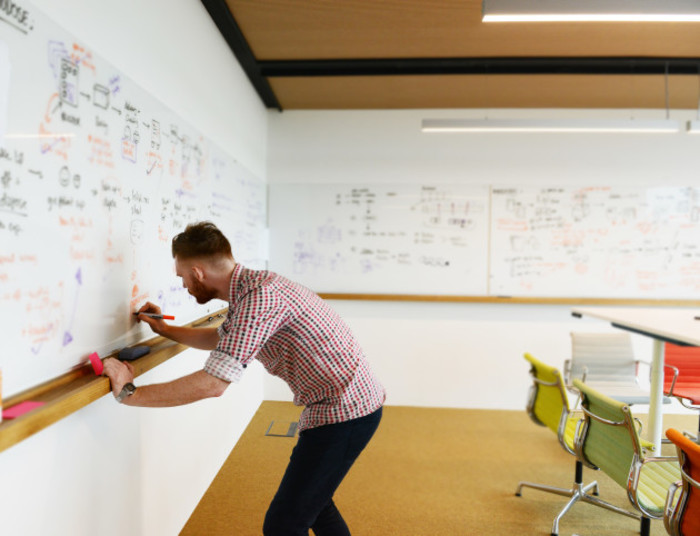 There’s no question that any kind of self-employment does carry responsibilities and the business does become a huge part of your life. I’m afraid I don’t have the discipline to completely switch off, which is obviously very important.

I think something that has helped with my own well-being has been doing the occasional design project – recognising that I’m a designer and making sure that not all my time is spent working on the business side, although that’s increasingly difficult as the company grows.

One of the things that has helped most, in my case, is being a parent. I think it’s the thing that grounded me and helped me to understand that there are other things that are more important than your work life.

Brian Stephens is founding designer and CEO of Design Partners. This article was written in conversation with Peter Bodkin as part of a series for the IDI’s Mind Over Matter mental health campaign, which features Fora as media partner.

To raise money for the initiative, businesses can book one-hour consultations with some of Ireland’s brightest design minds for €60, all of which goes to Aware. Mind Over Matter is taking place nationwide on 2 November.