SOME PEOPLE SAY that work is a thing you do, not a place you go to. Sounds clever – but I don’t agree with that.

When it’s possible today to work out of a Starbucks cafe, why do businesses still need a physical office space?

The reason is that by putting people close together, under one roof, you can drive productivity and creativity within an organisation. People intuitively know that, but there’s a much deeper thinking behind it.

There are two very interesting experiments that I often cite to clients to prove this concept when I start working on an office design project.

The first is called the ‘war-room experiment’, which was carried out by Ford motor company and MIT university.

Basically, the researchers moved Ford’s teams of programmers into a single workspace instead of across multiple buildings.

They found that when the workers were bunched together in a bunker-style environment, they were more productive and quicker at solving problems. 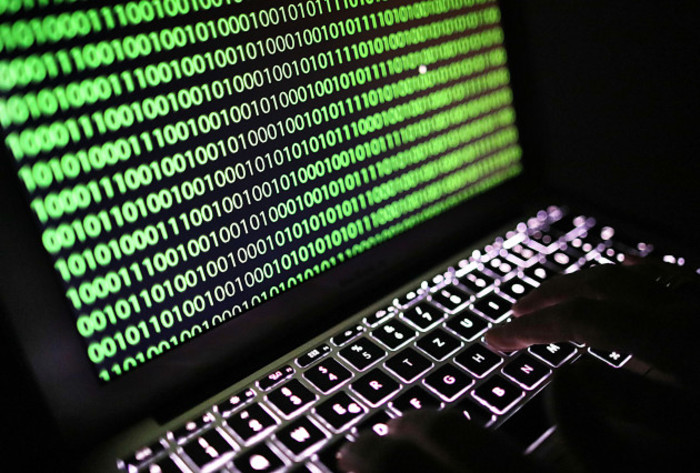 The second experiment was carried out by a researcher called Thomas Allen from the University of Michigan. His analysis largely covered concepts like building a community and knowledge retention within an organisation.

Allen found that workers who sat within two metres of each other were far more likely to interact and talk. That’s hardly surprising – but it had a much more significant impact on retaining knowledge in a company.

When the distance between workers was reduced, they were more likely to consult each other when they had a problem or a question – otherwise, they would look for outside help from colleagues from previous jobs.

They actually found it more convenient to go outside the company to discuss what was happening within their own organisation. Corporate memory was being reduced by people not interacting with each other.

The essential purpose of an office therefore is to facilitate a particular kind of social exchange – non-threatening and casual interactions that makes it easy for relative strangers to talk to each other.

When our firm is designing a workspace, we ask our clients two simple but crucial questions: what do your people do, and what do they need?

It’s widely known that while salaries are important, workers are much more aware these days of an organisation’s brand, ethos and overall workplace culture.

As an architect, when I’m thinking about workplace design, I’m aware that people work more hours and for many more years. That means the environment they work in is much more important for them as a backdrop to their everyday life.

With that in mind, I’d carry out an ‘organisational X-ray’ of the client’s company. I basically conduct a series of detailed surveys on how the business operates and use that information to build the architecture.

One of the things the ‘X-ray’ identifies is the different types of people within a workplace and their roles in the office. 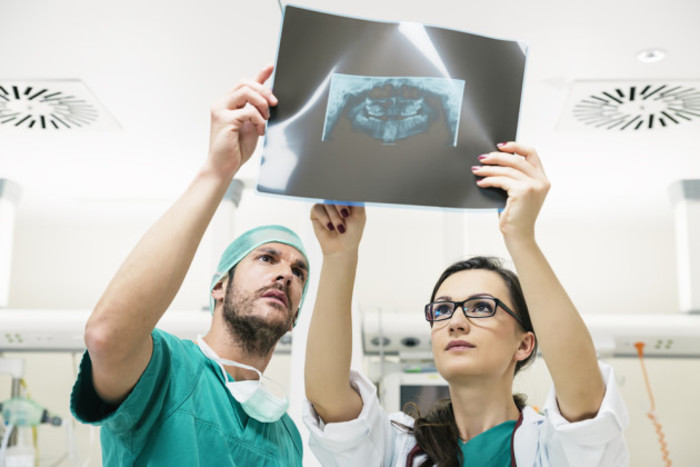 When you map out the people in an organisation, there are certain workers within the floor plan that a lot of information funnels through. These people are like hubs.

If you take one of those people out of the company – if they’re sick or on leave, for example – you suddenly have got a huge loss of knowledge.

For that reason, you want to put those ‘hub’ people together in the centre of your office plan. They’re distributing knowledge within the organisation so you don’t want them hidden off in a corner where people can’t get to them.

You’ll have other people – we call them prairie dogs – who pop their heads above the partition and listen in on conversations. Again, they help to disseminate information from within the company, so you want them well-placed in the office plan.

The design arises from this kind of analysis. It all adds up and drives the effectiveness of the organisation.

Done correctly, this process not only can serve as the basis of a great workplace design, but it can also be used by business owners and decision makers as a means of uncovering insights about their human resources and management approaches. 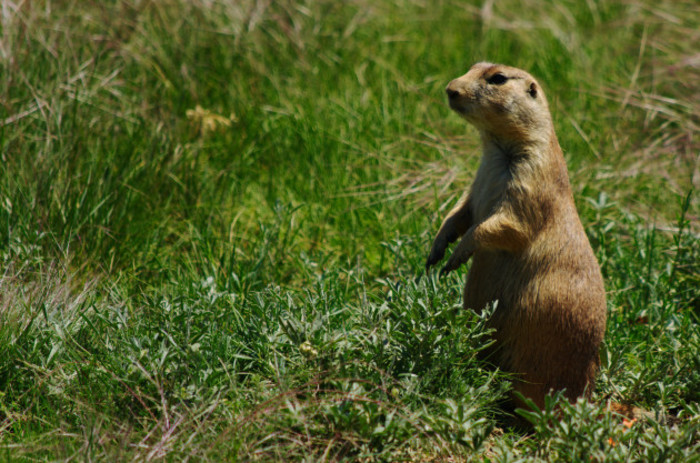 Good office design should offer choice and diversity to the workers.

Employees need to have different environments to work in because people work in different ways and at different times.

You need to allow workers to take ‘journeys’ throughout their day so they can get up from their desk and move around different ‘atmospheres’.

They should be free to move from a loud, highly populated space to quiet, introverted spaces that facilitate the different ways they work. 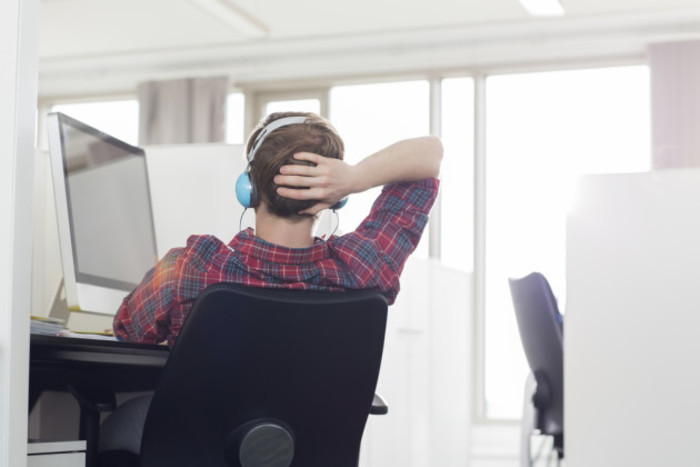 Business owners need to move away from the idea that an office should consist of desks and a meeting room.

Intelligent workplace design offers a range of different environments, from a very loud, interactive space – almost like a café – right down to enclosed rooms or cubicles.

A lot of people think open-plan is the most progressive form of office space – but people do need an enclosed space at certain times. The point is to provide them the choice to go to those kinds of spaces when they need them.

Another principle that we suggest to clients is that they create ‘functional inefficiency’ – deliberate problems with the layout of the office.

What this means is that you might move your food facilities to a slightly more inconvenient location or put the photocopier and printer in areas that people typically wouldn’t go to.

Another concept that’s important to think about is how workers interact with the stairs and lifts in the building. Typically, people get from floor to floor using the lift. The stairs are only used as a means for escape if there’s a fire.

What we prescribe – if possible – is for companies to put an emphasis on getting workers to use the stairs. 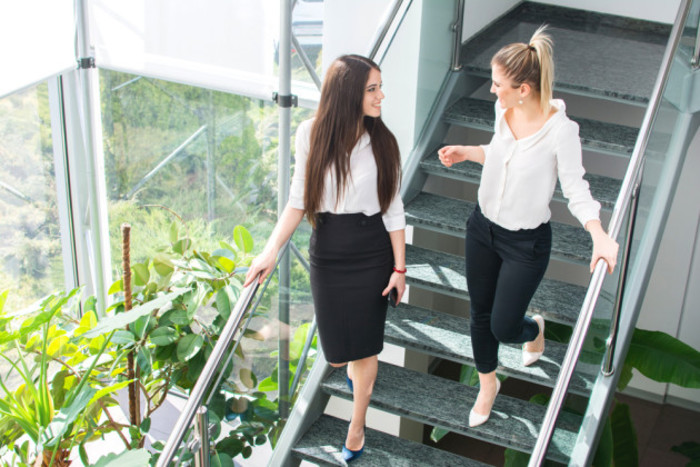 That way, people bump into each other. Workers on different floors might see each other and talk to each other. This ties into this idea of creativity and facilitation being driven by people interacting with each other.

If they’re not seeing each other or physically in the same space, they can’t interact. Something as simple as encouraging people to use the stairs can change that.

Everything for a reason

One the main pitfalls when it comes to thinking about office design is that you can get wrapped up purely by the aesthetic aspects of contemporary design. People often think about surface things like beanbags and AstroTurf carpets.

That kind of casual office model was pioneered in the 70s and 80s by the likes of Apple and IBM in Silicon Valley.

From a distance, all outsiders saw was the novelty factor. But the real reason why those companies were rolling out bean bags and special carpet was because they were getting benefits from an employee productivity standpoint.

There was a reason for it – to introduce disruption into the workers’ day to drive creativity.

In other words, every design decision is embedded in something more meaningful. Avoid being attracted to purely aesthetic aspects of contemporary office design. If there’s no deeper reason for offering things like bean bags, it’s purely tokenism.

Kirk McCormack is founder of Longform Architecture. This article was written in conversation with Conor McMahon as part of a series of masterclasses with some of Ireland’s top design professionals ahead of the 2017 IDI Ireland Awards, which features Fora as media partner.