AS WE KNOW, Ireland has a housing crisis. Average house prices are going through double-digit rises and, without fundamental intervention, prices will continue to rise for the next five to 10 years.

As prices increase, the choices for lower-income households become severely restricted. Nationwide, 7,941 were homeless at the end of June – the highest figures ever recorded.

Housing construction, although increasing, falls far short of what’s needed. Rents are at an all-time high with double-digit increases across the country. Meanwhile, the number of properties available to rent is at an all-time low.

As to the remedies, there is no quick fix. House construction has picked up, social housing projects are planned and student accommodation schemes are progressing.

Yet we’re still not quite sure how many houses are actually being built, how much it really costs to build them, and how many people qualify for social housing.

It’s no wonder government housing policy appears to be in a spin. In 2014, ‘Construction 2020′ was heralded as a game changer but turned out to be the latest in a long list of game changers that weren’t.

‘Rebuilding Ireland’, which launched last year, is already being reviewed. Rent control policy is actually out of control.

The vacant site levy will not come into force until 2019. Rapid-build housing is anything but rapid and local infrastructure funds appear to have ended up subsidising luxury homes.

There appears to be no clear understanding of how the housing sector works or how we want it to work. Of course, there is a lot of finger-pointing going on in terms of who is to blame, and one of those fingers has been pointed at the planning system.

The charge is that of a cumbersome, bureaucratic and lengthy process that unnecessarily delays new housing supply to the market.

The counter argument notes that there are enough residential planning permissions and zoned housing land in place to exceed our annual housing needs for years to come. 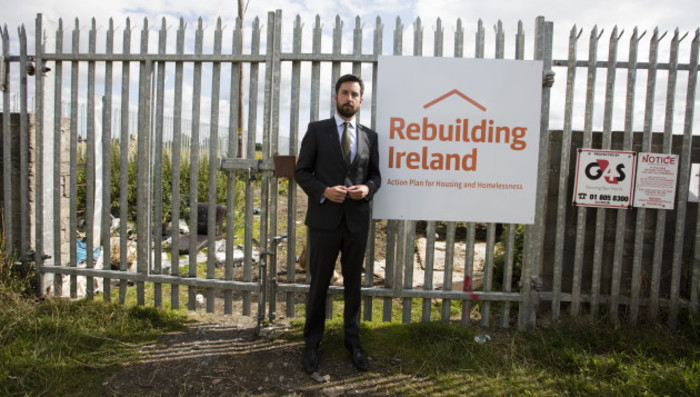 Certainly, the planning system can have a direct impact on the housing sector. It had a central role in facilitating the building of the wrong houses, in the wrong areas in the lead up to the last housing crash.

Part of this was inherent problems with the planning system itself, such as the lack of an evidence-based approach to the zoning and development of land.

The planning system’s use as a mechanism for the delivery of social and affordable housing is relatively recent, and this is where some of the seeds of our current crisis were sown.

In the late 1990s, following a general withdrawal of the state from the direct construction of social housing and increased numbers on the local authority housing waiting lists, the government brought forward the 2000 Planning and Development Act.

Part V of the Act, which introduced a method of capturing an obligation to provide social housing via planning permissions, was heralded as a key tenet of the country’s new housing policy.

Seen as one of the most significant interventions by government in private property rights since the foundation of the state, the provision had two key strands: the provision of social and affordable housing units, and the promotion of social integration through mixed-tenure developments.

Government urged local authorities to be proactive in progressing agreements with developers under the Act to ensure the earliest possible delivery of units.

However, in the decade to 2011, only 5,000 social and 10,000 affordable units were provided under the laws, representing just 3.8% of all dwellings – far below the anticipated 15% envisaged.

The figure represented just 13% of all new social units delivered in the same period. By 2014, the government concluded that Part V “as an option to replace traditional local authority housing provision with social housing had not worked for a host of reasons”.

In this we can see the seed that was sown for a misplaced over-reliance of the private market to provide for the country’s social housing needs.

Part V, as a mechanism to ensure access to social and affordable housing, has an inherent potential to fail because it is directly tied to, and reliant upon, the delivery of private housing by the market.

As the last housing crash has shown us, the market cannot be depended on to successfully meet our needs for social and affordable housing. Only the state can reliably guarantee a sufficient supply of such housing.

Having said that, Part V is by now a tested policy that has achieved some social and financial gains for the state.

The planning system, through such a mechanism, can be seen to make a positive and not altogether insignificant contribution to the provision of social and affordable housing and can have a significant effect on the creation of mixed tenure housing areas.

Nevertheless, it cannot, and should not, be relied upon to be the panacea for the significant and urgent problems in the country’s housing sector.

The solution lies in a much wider re-engagement by the state in the construction of social and affordable housing – be that directly through local authorities, through voluntary housing associations or some form of national housing body.

It also lies in an acceptance that housing is a fundamental societal need rather than a commodity.

It is a matter of government policy and priority on how we choose to tackle this latest housing crisis and if we are to succeed in addressing it, a radical departure in policy and priorities is urgently needed.

Dave Coakley is a co-founder and director of Coakley O’Neill Town Planning.