NOT TOO MANY CEOs would welcome being raided by the police, but Radio Nova boss Kevin Branigan seems to wear it like a badge of honour.

During the late 80s and early 90s, Irish radio-lovers were starved of choice, with RTÉ and just a handful of private broadcasters dominating the airwaves.

Some frustrated listeners took matters into their own hands and started setting up shop by themselves. In empty offices, in their houses, or, as Branigan, now 44, did at the age of 18, in the back of his parents’ shed.

“Running stations from sheds was all the rage in the 90s,” the Dublin tells Fora.

“Me and my friends set up a transmitter in Stillorgan. We were paying a farmer £100 a month to put it up in the Three Rock Mountain, and we ended up getting a citywide signal.”

Unsurprisingly, Branigan’s parents began to get suspicious by the army of teenagers trooping in and out of the house.

Although he thought he had satisfied his father by telling him that he was just running practice broadcasts from the garden, the elder Branigan wasn’t one to be fooled for long.

“Eventually after a month or two he came in and asked, ‘Kevin, is it true you’re running a pirate radio station?’. He had tuned into our frequency in the bedroom, and he heard me announcing the house phone number as the one for listeners to call in on,” Branigan says.

Branigan quickly graduated from the shed and decided to set up a more ‘serious operation’, dubbed KISS 103, above a shop at Terenure in 1994. This was where he would begin to become more familiar with the boys in blue.

At the time, there were dozens of pirate radio stations – which operated without official broadcast licences – across the country, with a particularly big cluster in Dublin. The government left most of them alone, with just the occasional raid being held more for the sake of appearances than anything. 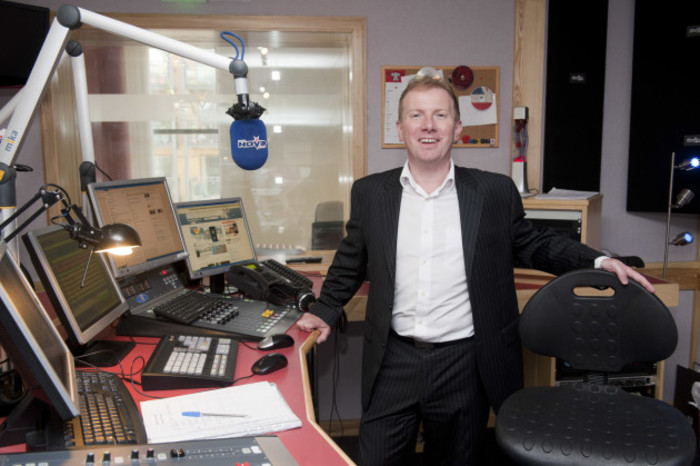 However, KISS proved to be a big hit early on, broadcasting new songs not heard on mainstream radio, which largely stuck to the charts and classics, and quickly gained a following.

Its success drew the ire of established broadcasters and, subsequently, the attention of the authorities.

“The Department of Communications secured a warrant and the gardaí arrived at the front door and seized all the equipment,” recalls Branigan.

“But we had backed up transmitters and equipment so we were able to reassemble. We got raided at 9.30, and we were back on air by midday.

“The process you have to go through to get a warrant takes a while, so we were able to last a few months before they came back. We were raided a number of times, and then we decided to close down ourselves.”

A tinge of pride creeps into Branigan’s voice when he speaks about KISS and the raids, and he admits that in a strange way the attention from the gardaí served as a form of vindication.

“The fact that they had closed us down meant that we were doing something right,” he says.

Branigan would bounce around several commercial broadcasters after that, even working at one-time rival station FM104, as well as getting involved in other business ventures including cosmetic surgery firm River Medical and education publisher Learning Ireland.

Eventually he decided to try to establish a new radio station again, and in 2008 joined a consortium that won a licence to operate a classic rock radio station in Dublin and its commuter belt.

The group got to work on the new channel, which was named after the classic Dublin ‘super pirate’ radio station Radio Nova that closed in 1986. 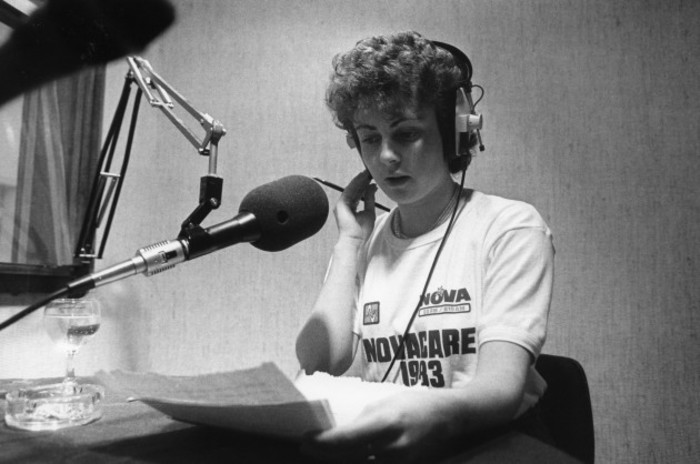 “The (Nova) building was a metal shell when we walked in there, and we managed to build everything within three months,” says Branigan.

“It is one of few genres that spans all age groups. You meet people who are 20 years old who are discovering The Who and the Rolling Stones, and then you might have someone at 50 who might like The Killers. We tried to play stuff fairly evenly from across the decades.”

The station, staffed by about 20 people, got off to a strong start when it launched in 2010 in the trough of the recession, pulling in about 53,000 daily listeners in a crowded Dublin market.

It was helped by a bold advertising strategy, such as its eye-catching ‘Seriously Addictive Music’ campaign. Branigan has the poster hanging outside of his office. 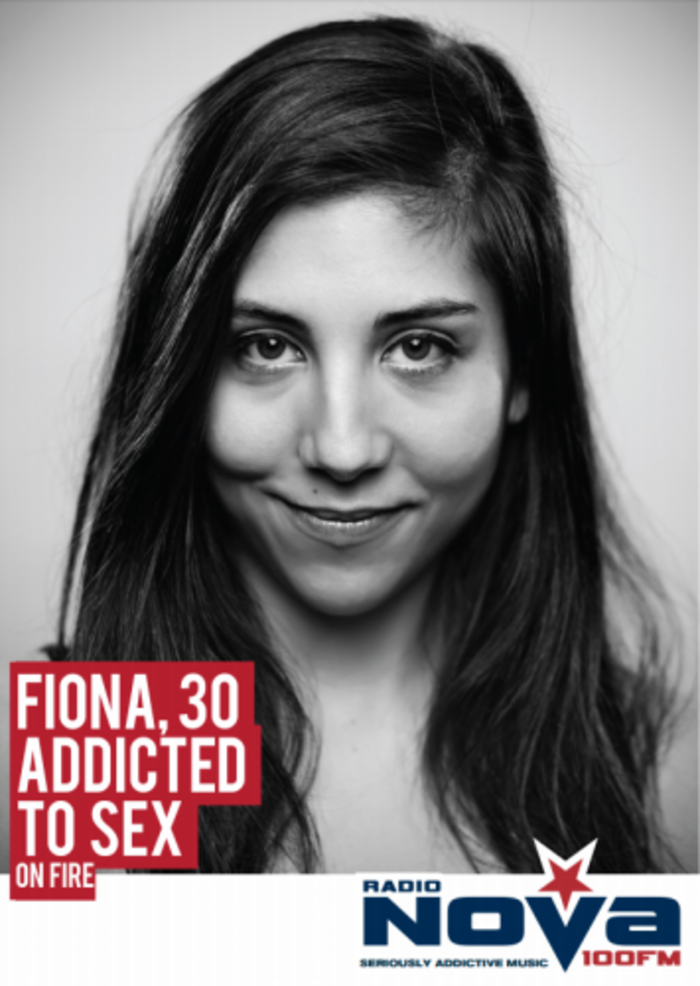 “There was another one where we got the listenership figures and issued a formal apology; we said we wanted to apologise to the CEOs of other stations for taking their listeners,” Branigan says.

However, Nova’s early growth stagnated and during 2012 its average daily audience had dropped to 44,000. That decline has been reversed in recent years, and the station now has 76,000 daily listeners and a staff of 23, although Branigan admits that expansion has been fairly slow.

“Building a radio audience takes time. The strong heritage stations, like FM104, have the benefit of branding, and there are nine stations in Dublin. And then you have the national stations,” he says.

“One of the factors that no one could have predicted is the growth of talk radio. Radio 1 and Newstalk have 45% of the Dublin market share between them. The growth of Newstalk has come at the expense of commercial radio.”

So far the station, which is pitched at those aged between 25 and 54 with a rough 60-40 male-female split, has mostly recorded losses. It was €5 million in the red as of the end of 2015. However, Branigan says that Nova is now at about the break-even stage and moving towards profitability.

One of his big hopes is that the station can move beyond the Pale. Branigan views Nova as “one of the few stations which can make a case to be extended nationally” and has run test broadcasts in areas like Drogheda and Dundalk.

“We are a specialist station that happens to play in Dublin. We expect the BAI (Broadcasting Authority of Ireland) to invite submissions for different stations in the next month or two, and we will apply to extend our licence,” he says. 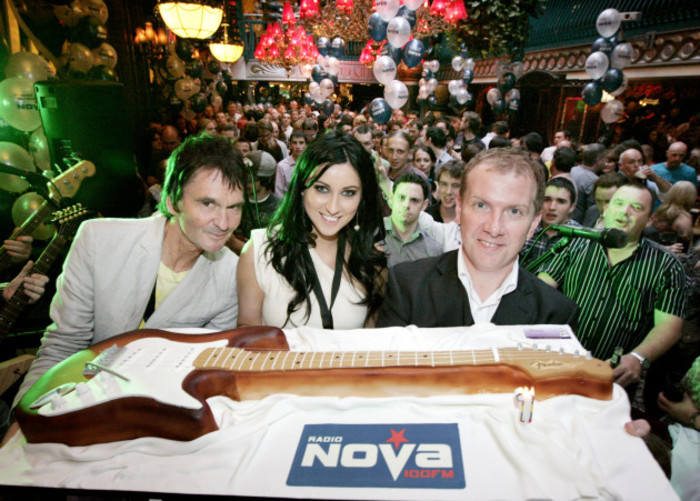 “We would like to cover more densely populated areas like Cork, Limerick, Galway, Waterford, Kilkenny … we would cover about 1.7 million people more than we cover now.”

Branigan says that Nova ‘bolting on’ coverage in new regions “would be efficient for us and wouldn’t suck much money away from others”. He also says that the firm is looking to expand its video capabilities and become more of a multimedia brand.

“We see some (websites) transforming into multimedia broadcasters, and that’s what we need to do,” he says.

This fits in with what Branigan describes as the station’s long-term goal: “Expanding Nova into a fully national brand in both digital and radio.”

“We would like to be in that situation within the next 24 months,” he says.

Branigan barely contains his scorn when asked if he would be content with Nova making a steady, modest profit in the coming years.

“Our ambitions are to vastly increase turnover and profitability. We have been working to grow our audience and brand within Dublin, (but) our sights are set much higher than that. We aren’t in the business to break even,” he says.

“We want to become one of the strongest media brands in Ireland.”

Branigan is still involved in his other businesses and says that there are more things that he could get involved with, however he says that he can see “an exciting future with Nova at present”.

“As long as there is excitement on the horizon and a way for us to grow the company I would like to stick with Nova as one of the core things that I do,” he says.

Branigan still sees big untapped potential in Nova, and until he has a chance to turn it up to 11, the job is still half done.