AN ORDER OF nuns has sold a well-known nursing home in south Dublin to the private healthcare firm behind one of the city’s biggest facilities.

Fora has learned that the 45-bed Queen of Peace nursing home in Rathgar was recently sold by the Sisters of Saint Paul of Chartres to Orwell Healthcare.

Many of the residents in the facility are there under the Fair Deal scheme, where the state helps to pay for their care.

Following the conclusion of the deal, Orwell has negotiated a higher contribution from the state.

While the Sisters of Saint Paul were paid €780 per person per week for every resident in the facility under the Fair Deal scheme, Orwell will be paid €1,124 by the HSE.

The company claims that the move brings Queen of Peace nursing home in line with other facilities in Dublin.

The Sisters of Saint Paul is a Catholic religious order founded in France that focuses on causes such as care for the poor, old or mentally ill.

It owned and operated the Queen of Peace nursing home, which was opened in 1972. The order does not appear to have many assets in Ireland, besides the sold nursing home – which is also listed as its point of contact.

Fora had not received a response to a request for comment at the time of publication.

Orwell Healthcare says that it plans to invest in and upgrade Queen of Peace “so that it meets the high standards which are in place in its sister nursing home, Orwell Private”. 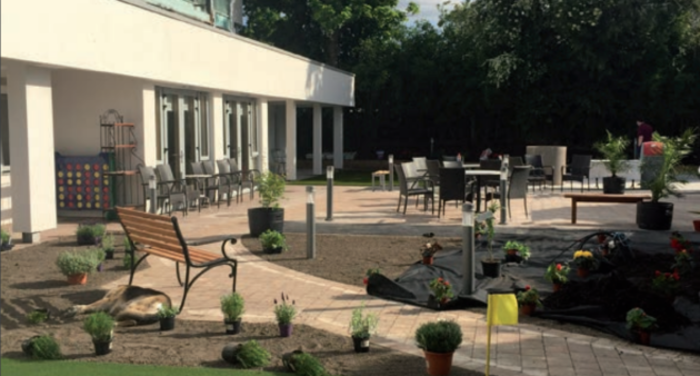 For years the nursing home was a relatively small one, with between 45 and 60 residents, and was run by Jones and his wife Mary.

The facility got a big upgrade in 2016, with Jones spending a reported €15 million to revamp the facility. The overhaul supported a claimed 180 jobs, and the new expanded facility has 170 beds.

Jones was in the middle of the upgrade when the recession hit and the project was halted. According to the Irish Times, he sold his family home in an effort to secure more funding for the project, which helped to get development back underway.

While the Queen of Peace deal marks Orwell Healthcare’s first acquisition, a spokeswoman for the company said that it isn’t on the lookout for more nursing homes.

“There will be no major changes made initially apart from the upgrading of existing facilities, which need investment,” she said.

She added that the company renegotiated the price paid to it by the HSE under the Fair Deal scheme because the previous rate being paid to the nuns “was way below the Dublin average”.

The Fair Deal scheme was set up by the government to ensure that elderly people could access nursing home care if needed.

Under the initiative, elderly people pay a contribution towards their nursing home care, which is usually 80% of their income, with the state making up the difference.

The Orwell spokeswoman said that because the majority of residents at the Queen of Peace nursing home are there under the Fair Deal scheme, the increased rate negotiated by the company will not affect them.