A MAYO-BASED workwear clothing firm run by the new owners of Westport House has acquired an Australian rival in a multimillion-euro deal.

Portwest, which is owned by Westport brothers Cathal, Harry and Owen Hughes, announced today that it has bought Melbourne company Prime Mover Workwear for more than €7.5 million.

It has warehouses in the US, Dubai, UK, Poland and Ireland, and is due to open a factory in Myanmar later this year.

According to its most recent accounts, Portwest booked sales of more than €100 million during the financial year to the end of February 2016 and reported a profit of just over €12.5 million.

The company expects to more than treble its annual turnover to €350 million by 2020, which is says will make it the fastest growing workwear company in the world.

Prime Mover Workwear is the largest workwear company in Australia. Its founder and chief executive Brett Birkill will stay on as head of the Australia and New Zealand markets.

Birkill said he was confident “the Portwest team will continue to uphold the quality and service I’ve spent 13 years building”.

“They actually care,” he said. 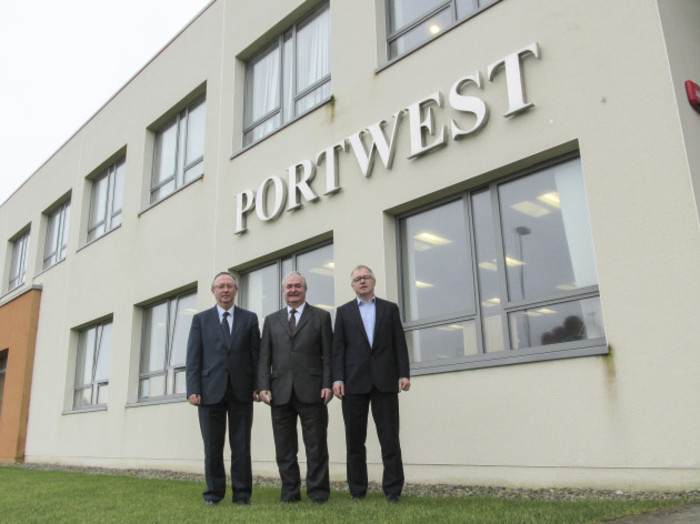 In January of this year, the Hughes dynasty – which also owns the four-star Hotel Westport – purchased the iconic Westport House and estate for an undisclosed sum from the Browne family.

The Brownes had owned the property for more than four centuries.

The Hughes family have pledged more than €50 million to refurbish the tourist attraction, which could help create 200 jobs in the region.

Announcing the sale earlier this year, Cathal Hughes said his family would liaise with the Brownes while they develop the property over the next few years.

“I want to assure all the existing staff, suppliers and customers that we will continue to operate as normal under the new ownership,” he said at the time.

“As a local business family, we are delighted to be able to make this investment in our home town. We realise the importance of Westport House as a tourist amenity to the whole of Mayo.”