STRONG POLITICAL OPPOSITION to Permanent TSB’s planned loan sale has been slated as ‘cheap point-scoring’ that could result in a worse deal for the bank and its taxpayer owners.

In a briefing note published this morning, Davy Stockbrokers said PTSB’s plan to offload €3.7 billion of non-performing loans grouped in a bundle known as Project Glas would “significantly accelerate PTSB’s recovery as a retail challenger”.

However, it launched a fierce criticism of the political controversy which has engulfed the sale, due to the fact that loan book includes borrowings attached to 14,000 private dwelling homes.

While PTSB claimed that most of the loans would typically be owned “by customers who have not engaged with the bank”, several politicians have tried to halt the sale.

They say the loans will likely be sold to vulture funds, which they say and will likely accelerate repossessions against homeowners genuinely trying to make their mortgage repayments.

Davy Stockbrokers pointed to the statement released yesterday by Permanent TSB, which said that people whose mortgages stand to be sold will still have consumers protections.

While Fianna Fáil has pledged to introduce laws for vulture funds to be fully regulated, Davy said that the political opposition could result in the state-owned bank getting less money than expected from the loan sale.

“In this context, the proposal by opposition politicians to block non-regulated buyers from purchasing NPLs (non-performing loans) is unwelcome and unnecessary,” it said.

“Credible alternative proposals are notably lacking. While such proposals may score cheap politic points, it risks delaying the work-out of NPLs and weighing on sales pricing.”

Almost 75% of Permanent TSB remains in taxpayer hands after the bank’s €4 billion bailout following the financial crisis. It has been weighed down by the high proportion of bad loans on its books, with its entire share capital currently valued at less than €1 billion. 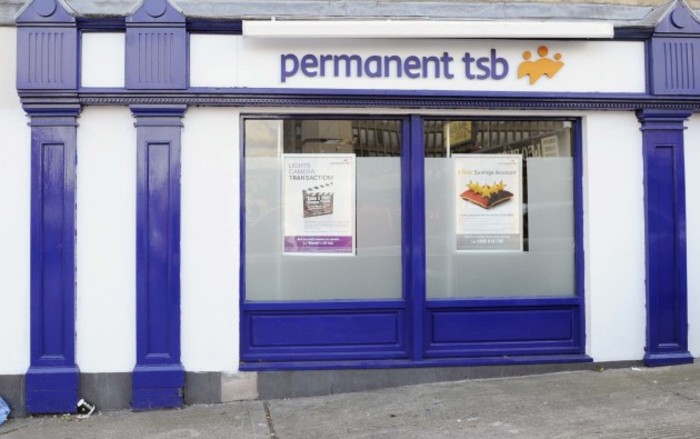 Meanwhile, the sale controversy was also raised in a briefing note published this morning by Goodbody Stockbrokers, which said “the escalation of political involvement is clearly complicating matters for the bank”

“(This) may influence the number of parties interested in the portfolio and/or the price,” it said.

Despite PTSB’s attempts to reassure people of the protections in place for borrowers, Fianna Fáil released a statement this morning saying that loan owners “should be properly regulated and accountable”.

Fianna Fáil finance spokesman Michael McGrath said: “Fianna Fáil’s position is that banks should be working through their loan books in the normal way.

“Where loan sales occur, the party buying the loans needs to be fully regulated and accountable in the normal way.”

He added: “Vulture funds have no interest in entering into long-term restructuring arrangements in relation to your loan.

“They have a different business model and they have no interest in working out a loan book over a long-time horizon.”