A NEW WORKPLACE saving system could be brought in on top of the existing state pension to get people to save for retirement, according to Social Protection Minister Leo Varadkar.

Earlier today the minister launched a series of proposals aimed at simplifying and improving the pensions system, including introducing higher standards for pension trustees and cutting down on the number of pensions savings vehicles.

The suggestions, outlined by the Pensions Authority, will be finalised after a public consultation. Under the consultation, the organisation will also look for views on how to workplace savings scheme that would be in addition to the current state pension.

Varadkar said that Ireland’s current strong economic performance means that now is a good time to begin reform of the system, adding that the current situation where a majority of citizens will rely solely on the state pension in retirement “is unsustainable”.

“As a result I regard the development and introduction of a new, universal, workplace retirement saving system for those workers without supplementary pensions as an essential objective of mine as Minister for Social Protection,” he said.

At the moment, details on the new system are thin, with the minister saying that he wants to first receive more feedback before outlining how exactly it will work.

“The traditional way of funding pensions is from one of three sources, the government, employers and employees,” he said. “Any pension is going to have to come from one of those three.

“Whether it will be compulsory in Ireland is, I think, highly unlikely, but what they have done in the UK is auto-enrollment and people can opt-out.”

However, Pensions Authority chairman David Begg said that it is likely that both businesses and staff will have to contribute something.

Asked whether employers will have to contribute towards the new pension system he said: “I think so. There are multiple sources of funding for pension schemes and the traditional one has been a contribution from both employees and employers with appropriate support from the government. 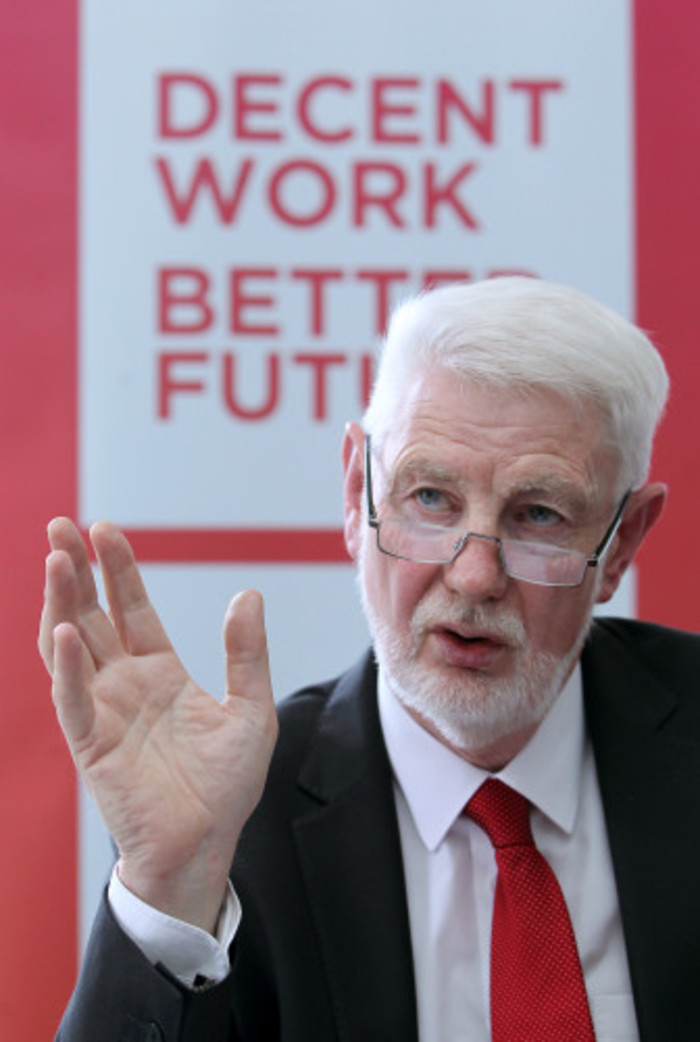 “This is a matter for government to make these choices but we would like to see participation by employers.”

Varadkar said that, while the state pension will be increased “at least in line with inflation”, it is unlikely to be enough for many people to maintain their standard of living.

“The state pension is about €230 a week … and most people will want a pension higher than that,” he said. “As things stand about half of people are going to be relying on state pensions alone.

“We will continue to protect the state pension and increase it as resources allow, but in addition to that we want to have pretty much everyone paid into a work pension.”

Any major reform of the pensions system is likely to be some way off, with Varadkar adding: “I’d like to legislate for next year but other countries have done this, it’s probably a 10-year process.”

Jerry Moriarty, the chief executive of the Irish Association of Pension Funds, welcomed any proposals aimed at simplifying the current pension system.

“We have been calling for simplification for some time. We look forward to examining the proposals in detail and engaging with the process to ensure the delivery of our own objective which is for people in Ireland to have pensions that are secure, fair and simple,” he said.