COMPETITION OFFICIALS HAVE almost no ability to police a huge chunk of the car loan market, worth hundreds of millions of euro.

Under a PCP loan, someone looking to buy a car pays an initial deposit, makes monthly payments for a few years and can then opt to pay off a lump sum at the end of the loan term.

Many motorists are drawn to this offer because if the second-hand value of the car is higher than the lump sum that has to be paid off they can put the difference towards buying another car.

The motorist could then put €2,000 towards a deposit for a new car without spending their own cash. PCPs also tend to have lower interest rates than normal bank or credit union loans.

PCP loans have become hugely popular in recent years, with the CCPC estimating that these types of agreements account for about a third of all new car loans.

While PCPs have proven popular with buyers, they have worried some officials, mostly because the market operates with little or no regulation.

While that may not be an issue while second-hand car values remain high, if values were to drop sharply it could leave a lot of people trapped in negative equity. 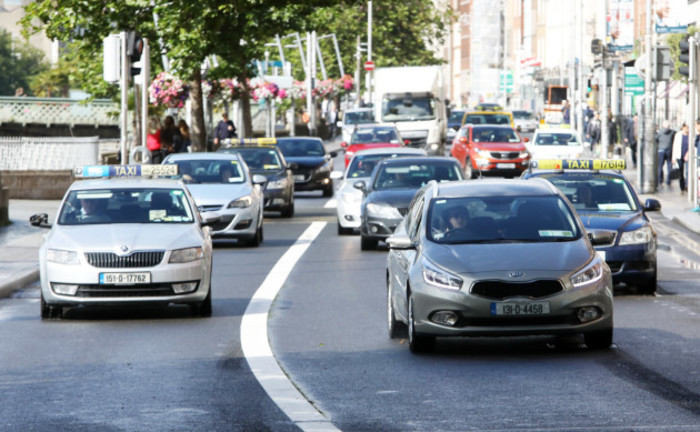 According to documents released under Freedom of Information to Pearse Doherty, the CCPC has prepared a report looking at the sector and met with officials from the Department of Finance at the end of September outlining its findings.

According to minutes of that meeting, the PCP issue “has been on the radar” of the consumer watchdog since 2012.

“Misrepresentation does not seem to be an issue, because it is in the dealer’s interest that you come back to them for the next car as a satisfied customer,” the minutes said.

“While there is no consumer detriment as yet, this may not continue if the ‘wilder’ ends of the motor trade get involved with PCPs.

“The main issue appears to be that the CCPC has little enforcement powers and the risk of things going wrong in the future, possibly through a drop in future values.”

The concerns about PCP lending follows similar noises from the UK, where officials are afraid of the possible impact of ‘sub-prime’ loans.

Sub-prime lending is when loans are granted to weaker borrowers who have a higher risk of defaulting. The practice was widespread in the mortgage market in the run-up to the financial crash.

While it hasn’t proposed new regulations just yet, Bank of England economists warned both lenders and consumers that it has concerns about PCPs and said the sector must be closely monitored.