The Aylien chief executive sits down with Fora as he manages a diary packed with interviews as the company embarks on a hiring spree.

“Currently we are about 31 people in the office here, but we are growing very rapidly,” he says, sitting in a meeting room in the company’s office on Harmony Row in Dublin.

That rapid growth comes as Aylien is bulking up its client book with some big names. By the end of 2020, Ghaffari wants the company to increase the its headcount to around 50.

When fintech giant Revolut made waves last summer as it introduced stock trading, Irish users could be forgiven for missing a local connection. But in the background, the company is using tech from Irish company Aylien to get data and insights.

The partnership with the challenger bank is part of something of an inflection point for the Dublin-based company, which secured new partnerships with the likes of Microsoft and Aon during 2019 and closed out the year by announcing €5 million in funding led by Finch Capital.

Aylien, the brainchild of Ghaffari, started life as an analysis tool for social media updates but has since grown into providing big companies with real-time insights pulled from the news using AI. Ghaffari himself has been on quite the journey, from his early career in his native Iran to developing his startup in China and building the company in Dublin.

The business’ deal with Finch was not just about capital. Hans De Back, one of its partners, has joined Aylien’s board and is set to help the company delve deeper into the financial services market, according to Ghaffari.

“He will bring a ton of value to our board from a fintech perspective. He also has a well-rounded perspective on things related to building and scaling a business,” the chief executive tells Fora.

Atlantic Bridge, Enterprise Ireland and Sean O’Sullivan’s venture capital firm SOSV – that originally invested in the company – also contributed to the investment round.

Gaffari has been honing Aylien’s product since first launching six years ago. Originally producing a text analysis programme for social media updates, text messages and emails – the company has moved toward aggregating and analysing news sites across the globe. It processes 17 different languages.

There are lots of use cases for the technology but publishers like MSN use a feature that allows it to extract and search the topics it publishes and highlights biases within that reporting. Insurance companies like AON use it to inform customers’ premiums.

“Let’s say if there’s a meat product that gets recalled from a grocery store in Dublin. It may not be significant to the national papers but maybe a smaller paper writes about it in a tiny column. Now that’s a risk indicator and from an insurance point of view, the company might adjust their premium next year because of it,” Ghaffari explains. 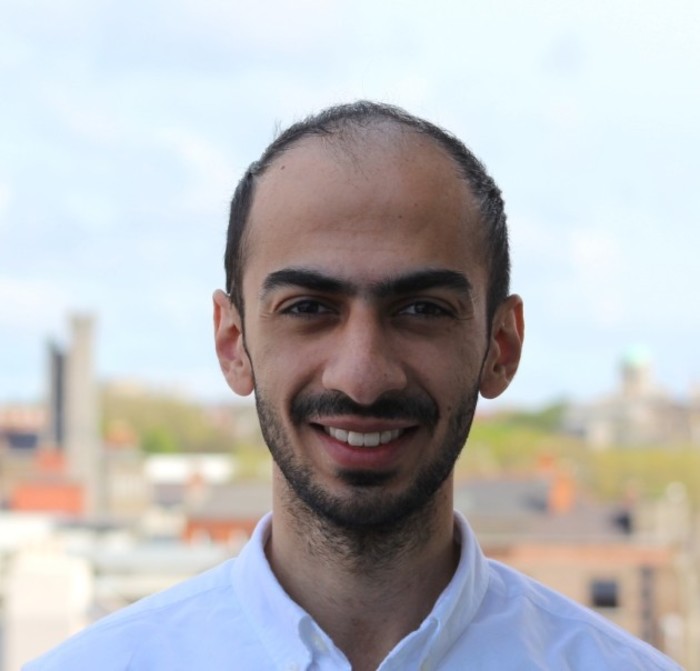 It’s not much of a surprise that Ghaffari ended up running a tech company. While growing up in Iran he learned to code from a young age and quickly saw its real-world applications.

“I got excited about the fact that you could type on your keyboard and build a piece of functionality that could add value,” he says.

After finishing college he whetted his appetite by building a content management system that he could sell to clients for whom he had been freelancing. Soon after, he built and launched a consumer news platform in Iran, which had 100,000 users.

“It was a news portal on your smartphone. It was a java application and you could read the news, get the latest stock prices all in a simple user-facing app,” he explains.

In 2009, Ghaffari went on to work on a game development studio, where he was employed as the chief technology officer.

“We were ten people building games on the iOS platform for the app store,” he explains.

“The most successful game we made, we had 60,000 downloads for. I was still living in Iran and the app store was a great way for us to make money on a global scale. We made $2 for each download,” he says.

In 2012, Ghaffari moved to China for a year to take part in a tech accelerator where he met Sean O’Sullivan, the Irish American entrepreneur and investor who was behind the programme.

“With Sean being from Ireland and the firm having a base in Ireland, I thought it would be a good idea to move,” he explains.

Ghaffari says there were other reasons behind the move, such as his interest in the people and the culture.

“I really get on with the people, it might be a contrarian opinion but I think there’s a lot of similarities to the Iranian culture. Both nations have been through hardship and developed similar characteristics as a result,” he says.

The access to a visa here was a big factor too. “I wanted to move to an English speaking country and at the time Ireland had a really good visa scheme for foreign entrepreneurs who wanted to move here and wanted to start a company,” he says.

Ghaffari says that as an Iranian national it’s hard for him to move around the world and get various different visas, with the US proving a challenge – particularly when Aylien is planning to open a US office this year. The US accounts for 70% of the company’s client base, with Europe making up 30%.

“I personally haven’t been able to travel to the US since 2017, which is obviously a challenge for a business like ours,” he says.

“Technically your team can travel. If you were an early-stage founder, looking to get funding in the US or looking to get customers in the US, this would be a huge barrier,” he explains.

Right now Ghaffari is waiting for his Irish citizenship to come through, having applied for it in 2017 – he’s been informed it’s been delayed due to an influx of UK citizens seeking it after the Brexit vote.

Asked to comment on the recent escalation in tension between the US and Iran, Ghaffari says he isn’t an expert and wouldn’t like to weigh in on a complex issue.

“It’s obviously very sad and tragic for everyone involved and it’s been a sequence of unfortunate events in the last couple of weeks,” he says.

“I am a very optimistic person though… one of my key beliefs is that technology is the answer to a lot of these problems. I think at a certain point in time, nationality in its current form will not be as important as it is today and divisions won’t be either.”

Looking to the future, Ghaffari tells Fora he would like to build out a tailored news service or information service for each user.

“Ultimately what I would like to see is a service that provides the top three articles to read every morning delivered to people. Those articles will differ for each person,” he explains.

Pulling a link between all of his experience to date, he says the common thread between his ventures to date has been news and facilitating access to information.

“I’ve always had this interest in understanding what’s happening in the world and simplifying it for the end-user,” he says.

Note: This article was updated to correct dates surrounding a US travel arrangement.