THE US DIVISION of the company behind bookmakers Paddy Power has signed a multi-year partnership with Major League Baseball (MLB) to become an authorised gaming operator.

Through FanDuel Group, the US operation it acquired in 2018, Flutter Entertainment is hoping to get ahead of rivals in the potentially lucrative US market, where a number of states are going live with legal online sportsbetting.

FanDuel’s partnership with MLB provides it with access to official data, along with league and team marks and logos.

“Baseball is one of the most popular sports to bet on and partnering with MLB allows us to make the betting experience even better for our customers,” Kip Levin, the president and chief operating officer of FanDuel Group, said in an announcement earlier this month.

Last month London-listed Flutter reported a 24% drop in pre-tax profits for the first half of the year, to £81 million, as increased taxes and duties took a toll on the bottom line.

In a report issued this morning, analysts at stockbroker Davy described the first half of the company’s year as “challenging but productive”.

“It has been known for some time that 2019 would be a challenging year for Flutter and the broader gaming sector,” the report stated, citing multiple regulatory and structural changes in the industry’s major geographic markets. 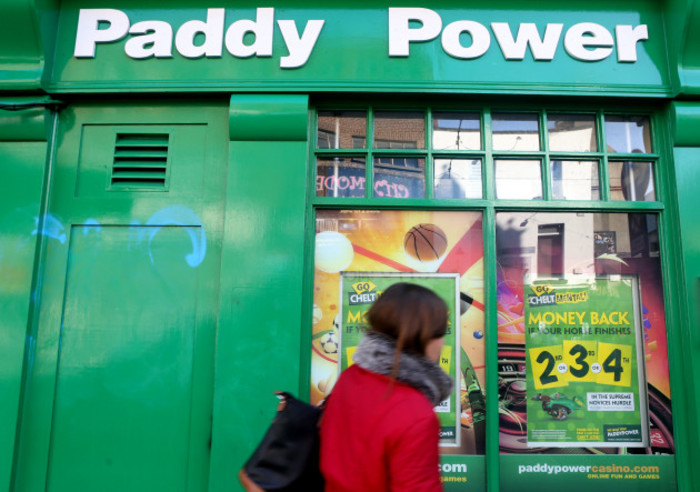 Two years on from the £7 billion merger of Irish bookmaker Paddy Power and online rival Betfair, in May the company rebranded itself to Flutter. While the business still has more than 600 betting shops spread across Britain and Ireland, most of its growth is focused on generating revenues online.

In its report, Davy said that the company’s first-half performance was “reinforced” by a number of trends as it pushes ahead with its international expansion plans.

“Flutter has a unique position in the fast-emerging US market,” the report said. “While still early days, its progress in the US is tracking significantly ahead of our expectations.”

Davy also pointed to the company’s “impressive” performance in Australia, a market that remains “structurally attractive” despite the recent step change in regulatory costs for most operators.

However, the analysts added that Flutter’s online division remains a “work-in-progress”.

“Management continues to reshape the division to create a more sustainable and profitable business going forward. It has made progress in this regard; however,the cost of that progress is greater than we previously anticipated,” they said.