THE COST OF renting an office in Dublin city centre could reach levels not seen since 2007 by the end of the year, according to a review by property group HWBC.

The company’s office market review for 2015 shows that rates for prime location offices in the capital rose by 22% to €55 per sq ft.

The property agent predicts that costs could rise by as much as 18% to €65 per sq ft by the end of the year, levels not seen since the height of the boom in 2007 when peak rates reached between €60 and €65.

HWBC noted that this level of cost “proved to be unsustainable for the industry ten years ago”. 2015 marked the third year of rapid growth in the cost of office space.

In 2012 rental costs sank to €30 following the collapse of the property market. Rents have now risen by 84% in the past three years, albeit from a low base.

HWBC said the increase was driven by strong tenant demand against a backdrop of limited supply. It said 249,000 sq m of office space was rented last year, an increase of 13% on 2013.

However, it added that lack of supply is now a serious issue facing many larger companies looking to open a new office in Dublin, particularly in Dublin 2 and 4.

The property agents said the development cycle “kicked off again in 2015″ and noted that there is currently 182,000 sq m of new development underway in Dublin 1, 2 and 4, although it added that the majority of new space will not be completed until after 2017.

HWBC managing director Tony Waters said all of the elements are in place to drive a further growth in costs, “with continued strong demand from (foreign) investors and domestic occupiers and an insufficient number of offices under construction”.

Some of the major moves during 2015 were by technology companies. Among them were social media giant Twitter, which moved its European headquarters to Cumberland House in central Dublin, and job search engine Indeed, which relocated its Irish operation to St Stephen’s Green. 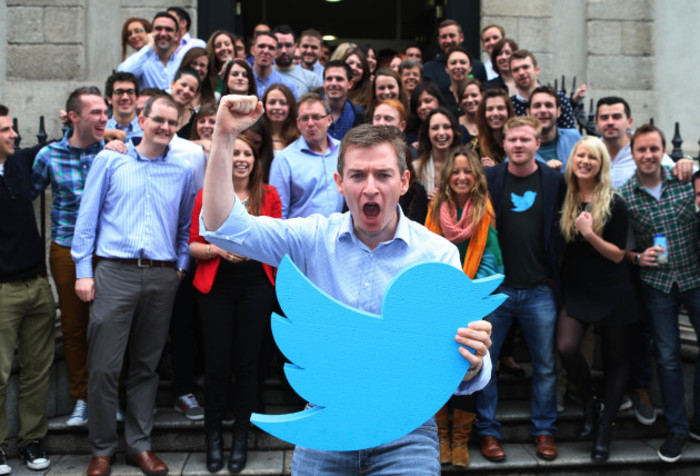 US software company Workday sealed the largest deal of the year, agreeing a deal on a 13,200 sq m office in the Kings Building at the rear of the Four Courts.

The rising market is also being seen in the rental value of car parking spaces, with a city space now yielding an estimated €3,500 per year, up by almost one-fifth compared to 2014.

The sharp increase in prices has yet to feed through to the suburbs however, where rents were flat year-on-year at €25 per sq ft.