CINEMA GROUP ODEON has pumped over €9 million into its operation in Ireland after registering a loss for the second successive year.

The firm opened its first Irish cinema in 2012 in Point Square in Dublin’s docklands and now operates 11 cinemas in the Republic containing a combined 77 screens.

A breakdown of the firm’s turnover showed that €21 million came from box office sales, while nearly a third came from sales of confectionery goods. The business also made €705,000 from pre-movie advertisements.

Separate filings for the company showed that the firm recently received a large injection of cash from its Irish parent.

Documents filed with the Companies Registration Office showed that UCI Holdings Ireland Limited pumped just under €9.5 million into the Irish operation at the end of August. 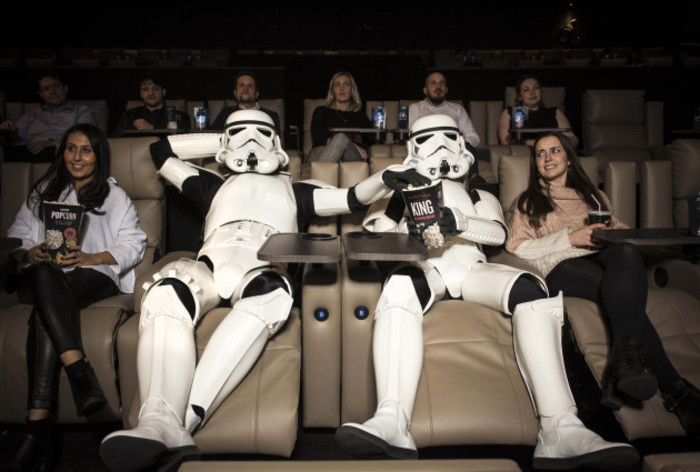 A note in the directors’ report for the 2017 accounts said a number of future developments were expected in the Irish business, including upgrades to its facilities and the potential launch of new cinemas.

The firm has plans to refurbish its theatres through the installation of new recliner seating, large format screens and upgraded retail and bar offerings.

According to the accounts, Odeon commanded nearly a fifth of the Irish cinema market last year. But overall, its market share was down 0.4% compared to 2016.

The entire cinema sector saw an increase in volume last year, with attendances up from 15.9 million to 16.1 million.

Odeon’s directors noted that the uptick in attendances was down to a number of films that performed “particularly strongly”, including Beauty and The Beast, La La Land and Star Wars: The Last Jedi.

They added that the principal risk faced by the Irish business is a reduction in attendance levels.

The accounts for Odeon’s Irish wing also noted that all of the company’s subsidiaries were merged into United Cinemas International (Ireland) Limited during the year.