IRISH-OWNED O’CALLAGHAN Hotels Group has announced that it is putting €30 million into renovating three of its Dublin properties.

The family-run outfit is giving a major makeover to each of its four-star hotels in the capital: The Stephen’s Green, the Alexander on Fenian Street and the Davenport on Merrion Street.

A spokeswoman said every room in each of the three hotels will be renovated and there will be changes made to reception areas, facilities and exteriors.

O’Callaghan Hotels said the works are being undertaken “on a phased basis to minimise disruption to guests”.

Works on the 103-bedroom Alexander Hotel – which has been renamed the Alex – are due to be completed at the end of the month. 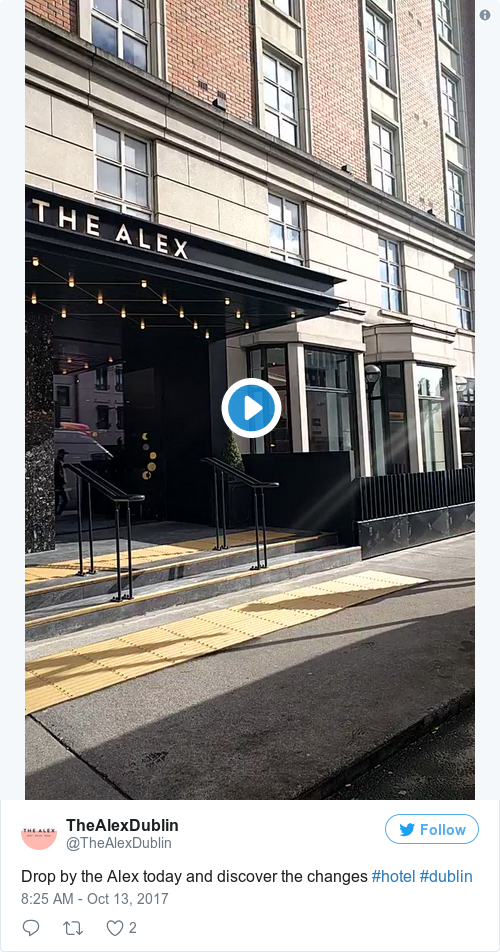 Drop by the Alex today and discover the changes #hotel #dublin pic.twitter.com/bGGvDdnhSu

It’s expected that refurbishment of the 115-room Davenport and 99-room Stephen’s Green hotel – soon to be called the Green – will start before the end of the year.

The O’Callaghan group is working with a number of architecture and interiors design firms including 21 Spaces and McCauley Daye O’Connell, which have been recruited to work on the  Alex and Davenport properties.

As well as doing up its four-star Dublin hotels, the O’Callaghan group also announced a “significant investment” for the Eliott Hotel in Gibraltar.

He promised the renovations “transform” its business in the capital and create “an entirely new experience for our guests”.

Founded in 1990, O’Callaghan Hotels Group’s first hotel was the three-star Mont Clare hotel on Lower Merrion Street. The Davenport opened in 1993, the Alexander in 1997 and the Stephen’s Green in 2000.

Overseas, the group controls the Eliott Hotel in Gibraltar as well as the Tamburlaine in Cambridge, England, which opened in March of this year.