THE COMPANY BEHIND Swords-based newspaper North County Leader is calling in the liquidator.

According to a recently published notice, Else Newspapers Ltd will hold a creditors meeting at the end of August to appoint Cormac Mohan of Fitzwilliam Corporate Insolvency to wind up the firm.

North County Leader is a free newspaper distributed throughout north county Dublin in areas such as Balbriggan, Malahide, Portmarnock and Swords.

The weekly free sheet – which was last published on 1 August – has been around for more than 20 years.

It claims to have more than 100,000 weekly readers of its print edition while its website attracts 2,500 unique daily visits.

It also runs a leaflet distribution service in conjunction with its newspaper deliveries to homes and businesses in north Dublin.

Fora contacted the North County Leader’s editorial office several times but had not received a response at the time of publishing. 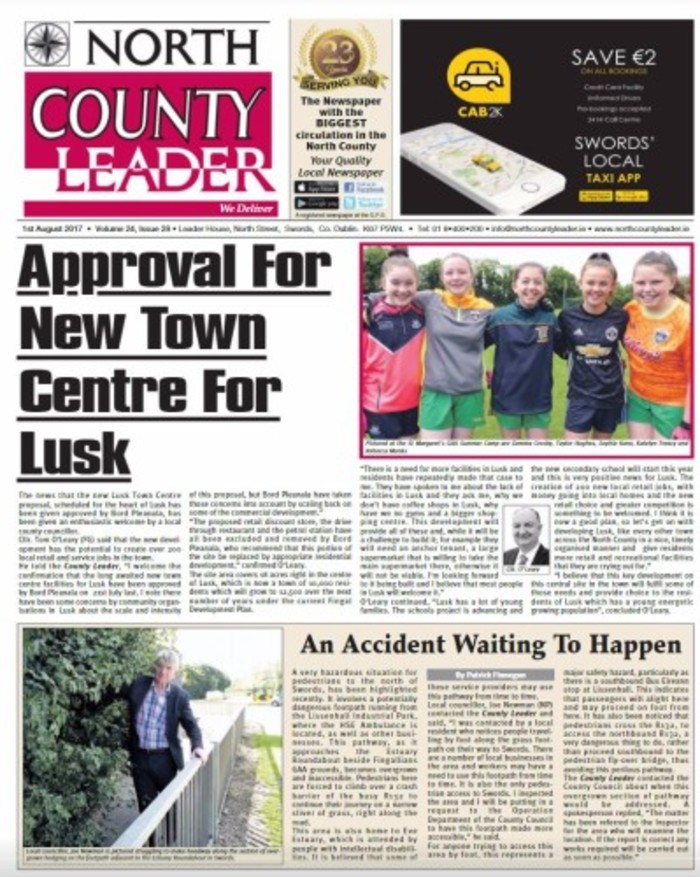 Accounts filed for Else Newspapers Ltd show that the company booked a loss of more than €125,600 for the financial year ended 31 December 2015.

Director Sean Fitzmaurice wrote in the company’s financial statements that there was “a degree of material uncertainty that if I were to continue may cast significant doubt on the company’s ability to continue as a going concern”.

He wrote at the time that the company was “in the process of reviewing its financial position”.

Else Newspapers owed its creditors more than €200,600 by the end of December 2015. Some 15 people were employed by the publishing outlet during its 2015 financial year.

Local newspapers in Ireland and around the world have suffered in recent times from falling circulation figures and advertising revenues.

In June of this year, a provisional liquidator was appointed to the publisher of the Wexford Echo and its three sister papers, Gorey Echo, New Ross Echo and the Enniscorthy Echo.

It was hoped a buyer would be found for the titles, with businessman Kevin Mitchell, who runs printing firm Datascope, reportedly weighing a bid.

When the winding up order was sought, the High Court heard that said the decline of newspaper sales and advertising had caused trading difficulties for the sector generally and in particular publisher of the Echo newspapers.