ONE OF THE first attempts at introducing a precursor to the current generations of taxi apps in Dublin was a bit of a mess.

In the early 2000s, mobile phones were coming into their own, and Noel Ebbs of City Cabs decided that these new devices could be an easier way of getting to customers quickly.

The Dubliner struck a deal with Vodafone and Esat Digifone to use their network alongside some technology that the company had developed itself.

The upshot was that when registered Global Taxi users sent a text to the company saying ‘TAXI’, the company was able to pinpoint where they were through the phone networks and send a cab to their location.

That may seem a bit old hat now, but it was pretty advanced for the time. While the service proved popular at first, taking in thousands of booking for the company, people began to get paranoid.

“I don’t know how it started, but we got calls coming in from people who thought we were following them,” Ebbs tells Fora. “After the text was sent we had no idea where they were, (but) I couldn’t convince people that we weren’t (following them).

“It was an urban myth that got legs and that was it, over a matter of months the service died, it was shelved and just used by the deaf.”

The Dublin-based company that Global Taxis morphed into, Lynk, would have better luck with technology, but it wasn’t a straightforward path for either the firm or for Ebbs. 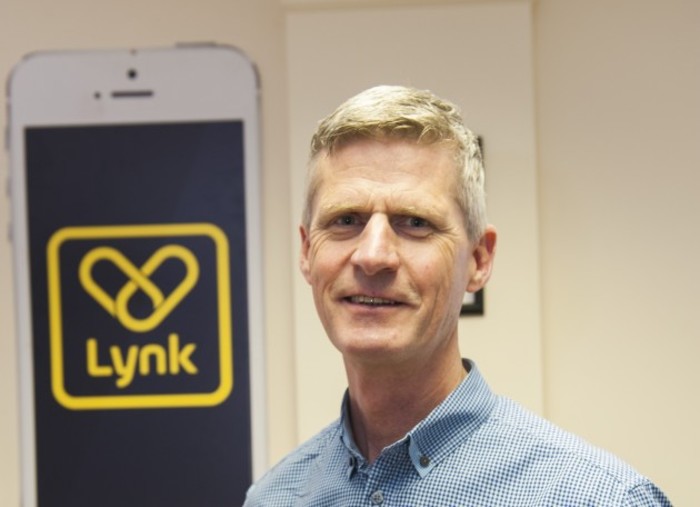 The now 55-year-old was interested in business from a young age, getting spare biscuits that had broken during packaging from a friendly Pat Quinn and then selling them door-to-door.

By 16, Ebbs had finished school – after skipping a year “somewhere along the line” – and had built up some savings from his sales and from buying and selling stocks.

He had worked part-time in a local bookmakers and asked the owners if he would be able to buy half of the store.

Asked if he had an issue with sharing his business with a 16-year-old, Ebbs says: “His business wasn’t doing very well at the time, he was happy to have an investor.”

Ebbs partnered with his mother to expand the business, opening two more stores before deciding to sell when he came under pressure from betting multinationals like Ladbrokes.

“I had a young family by then. I took a year out to go back to college and study, and used the proceeds of the sale to maintain my family. I was driving a taxi at the time, and I realised that this was a place where I could do a lot of good,” he says.

Ebbs started an eponymous taxi firm in the late 90s, which expanded to about 100 drivers by the early 2000s and was renamed City Cabs.

After the attempt to introduce the text system failed, the company focused on its core area of corporate customers.

It also started acquiring other small taxi firms with a few dozen drivers each, buying about 10 rival operators by 2009. In order to cope with the recession, the company synced up all of its now-disparate operations under another new name, Global Taxis.

The company also developed three different basic apps and web portals to take bookings from different clients, however Ebbs wanted to build something better that all of its customers could use.

“Technology was moving fast and I realised that my limited knowledge wasn’t enough to do what we needed to do,” Ebbs says.

“I wanted to develop a single sophisticated GPS-based app, and I realised I needed to pull a proper IT team together.”

The company weathered the recession and continued acquiring smaller rivals, such as 820 cabs, causing its fleet to swell to about 2,000 drivers by 2015. It then released its new taxi booking app to the public and re-branded all of its operations as Lynk taxis.


Lynk now has a fleet of cabs spread across Dublin and employs about 75 people on a full-time basis in its Dublin office in areas like marketing, admin, HR, and so on. Its drivers are all independent operators.

Drivers register for the app and are free to switch it on and off as they please. However, the company looks to get professional, rather than causal, drivers to use its app, and those signing up have to do an in-person interview with Lynk to verify they are up to standard.

The firm operates a few different models. At its most basic ‘pay-per-job’ level, the firm takes a 10% cut of any fare booked through its app.

The company also has a subscription model, where drivers pay €79 a week to be given access to bookings in all of the areas across Dublin that Lynk operates in.

Alternatively, cabbies can also pay €59 a week to get access to bookings in a specific local area, such as in Tallaght-Clondalkin.

As part of both of the subscription offers, drivers keep the full fares that they take from general bookings, although they have to pay 10% for work booked through corporate accounts.

While Lynk is only operational in Dublin at the moment, it is looking to move into Cork and Galway this year, followed by Limerick and Waterford next year.

The firm has also been running beta tests in the UK, most successfully in Newcastle, where it says customers made thousands of bookings over a one-month period.

The company is planning to launch in over half a dozen cities in the UK by the end of the year, with major centres such as London, Glasgow, Liverpool and Newcastle on the list.

There were plans for a US launch in the near future, but while Ebbs says that the company is still looking to move across the Atlantic, this likely won’t happen until 2018 as the firm looks to focus on its UK debut.

Lynk will partner with other companies for its UK rollout, which will use the Dublin firm’s app and operate under the name ‘Riide’. Ebbs sheepishly admits that the name ‘Riide’ likely wouldn’t be suitable for Ireland, where it will stay as ‘Lynk’.

“We decided that the brand wouldn’t work here. In the US and the UK a ‘ride’ is a common way of saying (a journey), here we don’t,” he says.

“My colleagues in the UK, when I tell them, think it’s very funny. In Ireland we are happy with Lynk.”

While Uber has a presence in Ireland, it has been blocked so far from rolling out its flagship car-hailing product due to Irish rules regulating who can take paying passengers in private cars.

This means that Lynk’s chief rival in Ireland is Mytaxi, formerly Hailo, which is part of the much-larger Daimler group and has run into some teething problems since its change of app and branding.

Ebbs says that while the prices charged by the company’s are similar, Lynk tries to put an emphasis on local service. 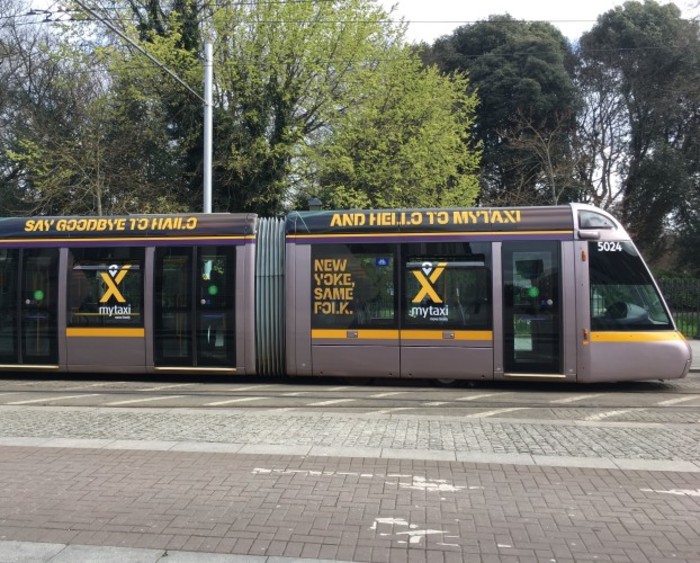 “With our €59 subscription model, we promote a local feel. I believe that people should know their drivers, and we strongly encourage local drivers to get to know their local areas,” he says.

Lynk is profitable, with its parent company making just over €300,000 last year to bring its accumulated profits to nearly €4 million. Ebbs says that the firm is now focused on continuing to expand by absorbing smaller operators.

“Organic growth is a challenge because there are not a lot of new drivers coming into the market, but organic growth and mergers and acquisitions have worked for us for the last 20 years and will continue to work.”

Looking further ahead, as the driverless car industry continues to grow, Ebbs sees semi-autonomous, and perhaps even fully autonomous, vehicles as the way forward in the taxi industry.

“I do think that we will have them (autonomous taxis) by 2027. The IFSC down to the Point would be a good run they could do, I could see them working there.”

So does Ebbs think that the Irish public would be likely to immediately embrace autonomous taxis, or would they first reject them, as they did with his own attempt to introduce a text-location service?

“I think that if Irish people see them abroad they would be more open to them; the legislation would be very difficult. To have autonomous cars mixing with cars manually driven by humans is a challenge.

“I’m not sure how I feel about them, on the one hand it is exciting with the technology, on the other hand it is a huge threat to employment and drivers, so there are mixed feelings.”