THE ROOTS OF Dublin medical device maker Nasal Medical aren’t quite what you would expect.

The company, which makes small nasal treatment devices that are placed inside the nose to help people with allergies, snoring or other breathing issues, was founded by Kerry man Martin O’Connell after an incident on the family farm.

A number of their cattle had contracted tuberculosis and O’Connell figured there must be some kind of device and filter material that could protect the cattle’s nasal passages from bacteria and help in early detection of TB.

It’s a project that’s still ongoing, but it proved to be the genesis of Nasal Medical, as O’Connell turned his attention from bovine applications to humans.

He had also been inspired by the regular stories reported about air pollution in China and the ineffectiveness of face masks.

“There are huge side effects (to face masks) like the rebreathing of your own carbon dioxide inside the mask or sweating in the mask,” O’Connell says. 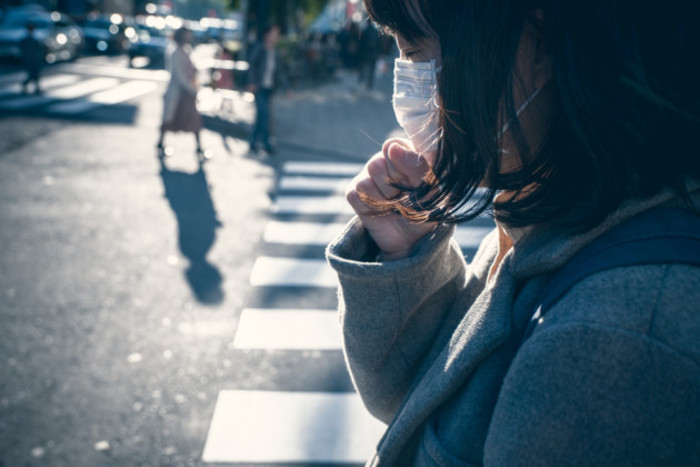 This set the wheels in motion for building a device suitable for people.

O’Connell’s background is in electrical engineering and for a period he relocated to the US, where his wife was doing a doctorate at Columbia University.

As he was putting the idea for the device together, he met his co-founder Keith Yeager, a mechanical engineer from New York, to help move his ideas from design papers to prototypes with the help of a 3D printer.

“We developed hundreds and hundreds of prototypes before we got the right one,” O’Connell says.

The pair finally came to a prototype that worked and it ultimately became their first product.

“It’s comfortable and discreet. It conforms to the anatomy of the inside of the nose,” O’Connell explains.

“There are three legs on it that conform to the side, front and back of the nose. Then there’s the filter material on it that blocks pollen and dust mould and it’s really breathable.”

O’Connell returned to Ireland in 2014 and based the company at the Guinness Enterprise Centre in Dublin.

The device is marketed primarily at people who suffer from hayfever and other allergies, such as allergies to animals. 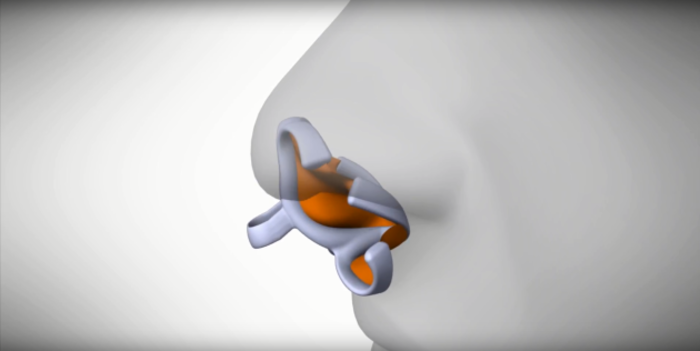 “Some people have constrictions in the nasal cavity,” he adds on other use cases. “It opens up the airways and helps them breathe easier.”

The startup was also quick to release a second product for people who snore in their sleep. It’s rather similar to the initial device: “It’s structurally the same but without the filter.”

22.03.2018How injury heartbreak for this former Kilkenny hurler spawned a startup

The devices are manufactured in Malaysia by a division of pharma and medical device maker SteriPack, which was founded by fellow Irish man Garry Moore.

Nasal Medical is developing more products for specific applications, such as a nasal device for use on airplanes to protect against contaminated air on-board.

It’s also in the midst of trialling a device for helping athletes with their breathing during their sporting pursuits. The tests are being carried out at DCU with preliminary results looking encouraging, O’Connell says.

Final results are expected at the end of summer before production begins.

The small team of six managed to get its devices into hundreds of pharmacies nationwide, including Hickey’s, LloydsPharmacy and some Boots stores. But Nasal Medical could not expand further on its own.

“We were in a couple of hundred pharmacies, and we knew that we either had to get investors on board or try and partner with a company. We went with the latter,” he says.

Earlier this month, the company inked a deal with US pharmaceutical firm Mylan to distribute its devices in thousands of pharmacies in Ireland and the UK.

“We put a call out to five or six companies, and we were lucky to get Mylan on board. They’re helping us with our sales, marketing, training, a lot of things to do with the business that would normally take us months to do.”

The distribution deal means Nasal Medical can scale much quicker than it had planned. It will now get its devices into more pharmacies in Ireland and the UK with other European countries in the pipeline.

“It means that we have access into these countries far quicker, even though we have been talking to a lot of the distributors around Europe and there was a lot of interest in the product,” he says.

“We’re a small team so we wouldn’t have had the manpower to actually cater for that.”

With the Mylan deal in tow, O’Connell expects things to move “fairly lively”.

“Probably within the next two or three years we could be in most countries in Europe,” he says.

So far the company has received backing from Enterprise Ireland and won the AIB Start-up Academy award in 2015.

The Mylan distribution deal has safeguarded Nasal Medical’s immediate future and it will not be seeking outside investment.