The 37-year-old and her husband, Rob Tracey, spent a few nights in Kerry but had to get back to work almost immediately.

They had just started their new design and fit-out business, Mortar & More, and wanted to make sure that they got a good pipeline of work for their company.

“There was no honeymoon; we were in Kerry for a few nights but there was no time to take anything longer. There was no choice in going on a lovely three-week honeymoon with the work that we had,” she tells Fora.

“It didn’t seem like we were doing anything ridiculously insane, both of us were excited about Mortar & More.”

Asked if they could have had the wedding at a different time, she says: “I’d been waiting for 10 years, I was ready. There’s never a right time.”

This is a recurring theme for Dolan, who runs the Dublin company with her husband.

The pair first decided to set up a business together when Dolan’s first company, a design firm called Sketch Design, fell victim to the recession.

“Me and a fellow graduate set it up when we finished college. It had a few great successes in the first few years, but then the crash happened and it took a total turn,” she says.

“We found that the market came to a standstill over night. It was a very stressful time. Commercial work dried up completely, and big projects just stopped. We decided it was best to go our separate ways.”

Devlin had been with Tracey throughout this, and he had helped support her as the business was struggling.

“Initially it felt like a setback, but there was nothing you could do except keep pushing forward. The support network you have should never be forgotten, which it can be when you’re in the middle of building a business,” she says.

“(Rob) was a huge support, he understood. It made us much closer and we started having a conversation about the next steps. It was at that point that we started to consider working together.” 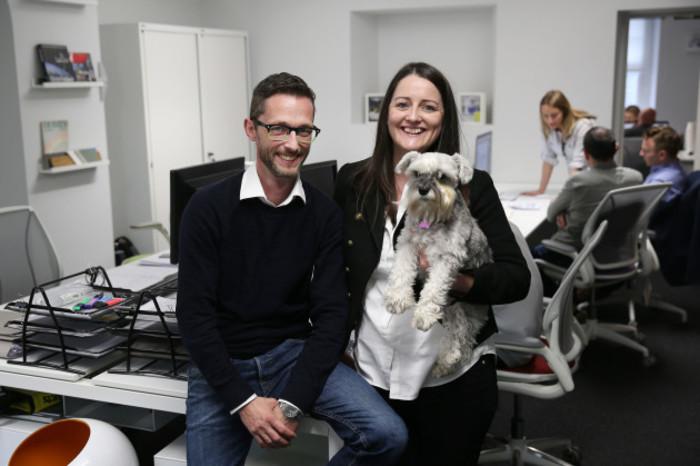 The couple’s careers “had run parallel” to each other, says Dolan. They were both in the design industry, although she tended to focus more on the creative side while he was better at logistics.

Dolan worked freelance for several years with Rob working in a steady job as a contracts manager to make sure that the bills were paid. In 2014, the two set up Mortar & More in 2014 during the week of their wedding.

The firm specialises in designing and fitting out commercial workspaces, such as offices and hospitality businesses like restaurants.

The company started out strong, with a pipeline of clients from Rob’s experience and Dolan’s work as a freelance designer, and won business from a variety of high-profile companies such as AIB.

“Our first hire would have been around the summer of 2015, then it just grew from there,” she says.

“We were up against the bigger practices and it forced us to pitch hard, but by then we were winning great projects and had to start building a team so that we could keep getting more.”

Being a husband and wife working together took some getting used to, and things have been made yet more hectic by the recent birth of the couple’s daughter, Zoe, which has further blurred the lines of work and family.

“(Working with Rob) took some getting used to – being around one another so much and doing long hours at the start to get up and running. Once you get a handle on it you need to set up some boundaries,” Dalton says. 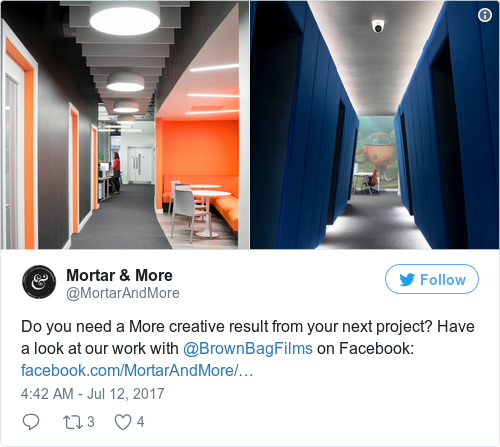 Do you need a More creative result from your next project? Have a look at our work with @BrownBagFilms on Facebook: https://t.co/xuoYDbdyBv pic.twitter.com/M3P4dcIDi3

“(For example) we don’t like to talk about work when we get home. You need to do that for your sanity.”

“I used to work from home and never switched off until nine or 10 at night. There’s less working from home now, Zoe keeps me up instead.”

Initially, their daughter was a frequent passenger on trips into the company’s office in Dublin.

“I would have been back in work within the first few weeks (after giving birth), so she was brought in with me. She knows the office now, she’s great at going to sleep there,” Dalton says.

“I don’t know if we have the business and family figured out yet, it’s a work in progress. Zoe dictates what will happen a lot of the time.”

The business is now more established and has cemented its offering: its staff design layouts for offices and can also completely fit out a workspace with furniture and anything else that’s needed.

It also does the same for bars and restaurants, occasionally works on residential projects and even does some brand work.

While Dalton is particularly enthusiastic when talking about new builds – projects in which the company has virtually free reign – it also works on projects where companies want to overhaul and revamp their working spaces.

While the firm designs a variety of spaces, Dalton has a preference for offices that are organised into smaller “neighbourhoods” rather than huge open-plan floors. 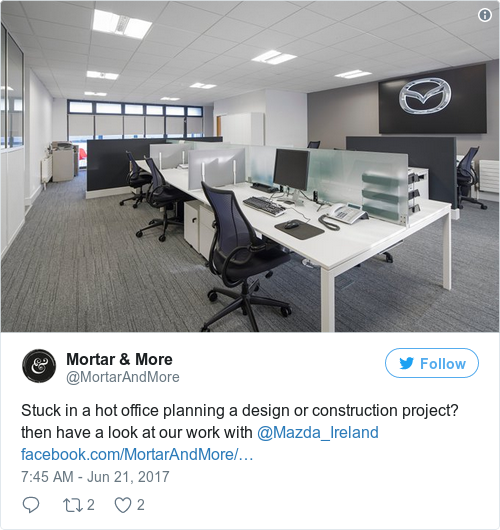 Stuck in a hot office planning a design or construction project? then have a look at our work with @Mazda_Ireland https://t.co/uwrgfoH4NS pic.twitter.com/STMrt5np5l

She says that there has been “a bit of a pull back” in Ireland from offices that some view as ‘gimmicky’, such as where large firms put features like slides in the middle of floors.

“People spend an awful lot of time in work so it is important that there is an injection of fun, but it has to be more refined, not in your face,” she says.

“Everyone is there to work and there needs to be a balance where there isn’t a suggestion that it’s all about playing games.”

How much the firm is paid varies significantly depending “on the project and on the budget”, Dalton says, although its fee is generally based on a percentage of the overall project cost.

It made a small loss of under €20,000 in 2015, its first full year of operations, with Dalton saying the firm is looking to break even soon. The company employs seven people and is planning to expand.

Its clients are a mix of multinationals and large indigenous companies, such as AIB, and hospitality firms, such as Dublin’s Featherblade restaurant.

“We probably have about 12 to 15 clients at a time, and repeat clients are very important. (The likes of) AIB keep coming back.

“We mostly do restaurants, bars, hotels and retail spaces. We do a selection of residential each year, and the changes that you can make are amazing.” 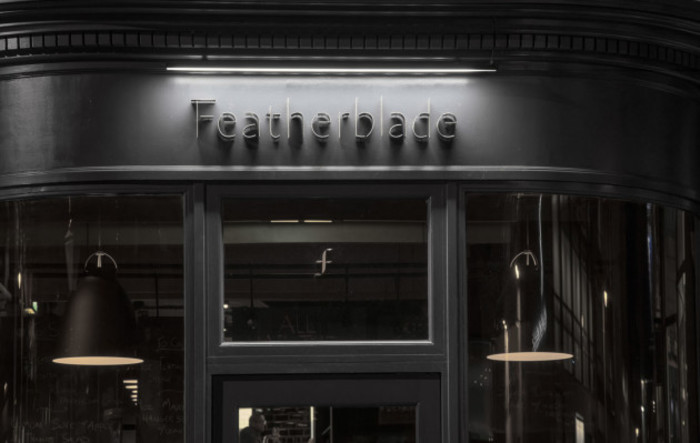 While it is based in Dublin, Mortar & More works on projects across the country.

This means that there are hundreds of design firms based around Ireland that it has to compete with on projects.

Dalton says that the company’s point of difference is its flexibility in working with clients, as well as its ability to design spaces that will stand the test of time. Mortar & More is now focused on growing “nice and organically”.

“We don’t want to push things and blow up hugely. We would like to have steady growth over the next two, three years, develop our relationships with clients and become more known for our projects,” she says.

Dalton also says that it is crucial that the firm keeps recruiting people with new ideas, with the business set to take on about half a dozen staff next year.

She plans to keep working with Tracey to grow the business. Her hope is that one day their daughter could join the pair in running the firm, if that’s what she chooses.

“Zoe will probably be sick of it by the time she gets to that age, but (Mortar & More) is something for the two of us to grow and if Zoe was to be involved that would be amazing, although that would be down to her.

“The ultimate goal is to grow something where people love to work with us and alongside us.”