TELECOMMUNICATIONS FIRMS HAVE been on the receiving end of the most complaints about their advertisements – but no provider has ever been penalised by the ads watchdog.

An analysis of data from the Advertising Standards Authority for Ireland (ASAI) shows that the telco sector received the highest number of written complaints between 2013 and 2015.

Over the period, there were 564 complaints submitted to the ASAI about campaigns by mobile networks, broadband and TV subscription providers. The body has not yet published its figures for 2016.

During the three years, there were 3,917 complaints in total submitted to the ASAI, with telco firms accounting for about one in every seven complaints. Some 10% of all complaints were upheld over the same period.

The sector was followed by companies under the umbrella of ‘leisure’, a broad category that includes everything from bookmakers, to venues and online gift voucher services, which accounted for 536 complaints.

“The number of complaints about the telecommunications sector has risen over the past number of years,” the ASAI said in a statement to Fora.

“Given the rise in the number of complaints within this sector, the ASAI is actively engaging with advertisers of telecommunications services and products to help address this increase. The ASAI has done this in the past to address emerging trends in other sectors.” 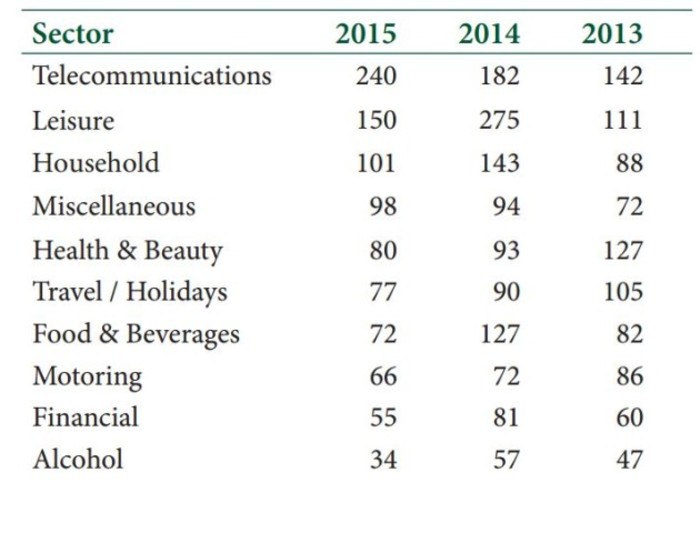 In response to a query from Fora, the Department of Communications said a report by the government’s mobile phone and broadband task force recommended that the ASAI undertake a review of advertising in the telco sector. It also urged individual operators to review their own practices to “ensure they are not creating a false or misleading impression”.

The ASAI is a self-regulatory body financed by the advertising industry. Founded 36 years ago, it is tasked with updating the ‘Code of Standards for Advertising and Marketing Communications in Ireland’ and making sure that commercial advertisers adhere to it.

In general, the rules are “designed to ensure that marketing communications do not mislead or cause general offence” to the public, according to the ASAI’s website.

It’s common for firms to complain about campaigns by their rivals, although the ads watchdog makes the point that it is “not an arbitration service”.

Complaints deemed to warrant further investigation are brought before a separate, 14-person complaints committee, made up of individuals with backgrounds in advertising, media, education, retail and marketing.

If the ad is found to be in breach of the ASAI’s code, it is ordered to be either withdrawn or amended.

While the ads watchdog has the power to impose fines, it confirmed to Fora that it hasn’t issued a single one to any company in three decades.

Instead, advertisers that breach the code are punished through a complaints bulletin that is published several times each year.

The most recent bulletin, issued last month, contained 17 submissions – including three complaints against telco firms, two of which were about Eir’s ad campaigns.

In one, the former state telecoms provider was urged to amend an ad promoting ‘unlimited’ calls, texts and data for business customers.

The ASAI said that because the fair-use policy wasn’t clear, many customers may not have realised the ‘unlimited’ plan actually had a monthly data cap of 15GB. 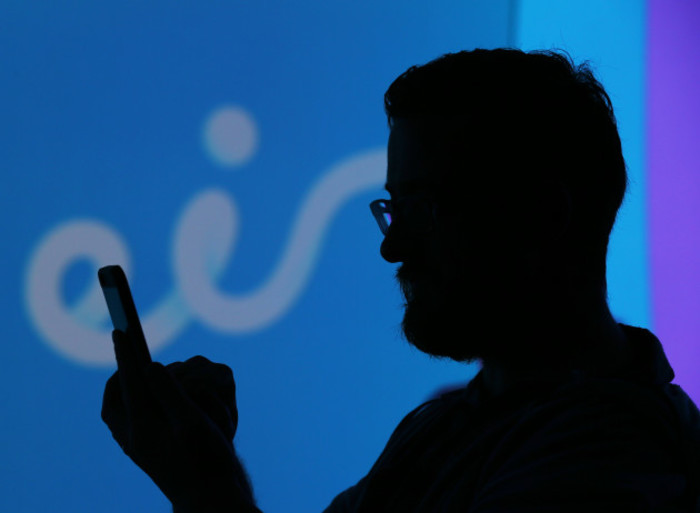 A separate complaint against Eir, which came from rival Virgin Media and a group of consumers, was about a broadband offer.

The ASAI ruled that the company had misled the public because it didn’t clearly state that the advertised offer would revert to a “significantly higher price” after a certain period of time.

The third complaint was made against mobile network Meteor by its rival, Vodafone, over a claim on Meteor’s website that it had been “awarded the fastest mobile data network award” at the Switcher Awards.

Eir had actually been given the accolade. Although both entities use the same mobile network, the ASAI considered the claim misleading.

Fora contacted the Telecommunications and Internet Federation for comment on behalf of its members but did not receive a response at the time of publication.