Every week, Fora gets inside the heads of some of Ireland’s top entrepreneurs to gain insights into what got them to the top of their trade. This week we speak to Mark Ganly, founder and CEO of sports headgear maker N-PRO.

Mark Ganly took a gamble on his lifelong love of sports when he left his software design job in early 2008 to break out on his own, only for the recession to hit.

While it might have the self-employed learning curve a little steeper, it didn’t stop Ganly. Since then he has built up a wealth of experience in sports equipment design and manufacturing, first founding MARC Helmets which produces headguards for hurling.

More recently he has been building N-Pro, the Galway-based company which he co-founded in 2014 alongside his wife Sandra Ganly, a biomedical engineer and clinical researcher.

In our weekly Tools of the Trade series, Fora spoke to Ganly about down-time from his phone and why being a parent is a driving force for him in business.

I’ve always been passionate about sport. The fact that I’m in the industry now is a great way of keeping that interest alive.

One of the big driving factors is the fact that I’m a parent. I’m trying to pass on that love of sport to children but at the same time making it as safe as possible for them.

My wife Sandra. I also have a wide circle of friends all of whom are in business themselves, so it’s great to be able to bounce ideas off them.

The nature of being an entrepreneur. Being the chief executive of a company is going to come with pressure. I try to embrace it as much as possible. It keeps you on edge, it keeps you motivated.

I try to not to bring (work) home and also have downtime from the phone, it’s very hard to get away from the business if you’re constantly carrying it on you.

To manage cashflow very tightly, it’s the key thing to being in business.

What helps you switch off?

I’m very involved in coaching underage teams. My playing background is in hurling and rugby, I manage my sons’ hurling teams and I help with coaching their rugby teams as well.

We’re also very lucky to live on the Wild Atlantic Way so we’re very close to the sea. Getting to the sea as much as possible is a great way to switch off and unwind. 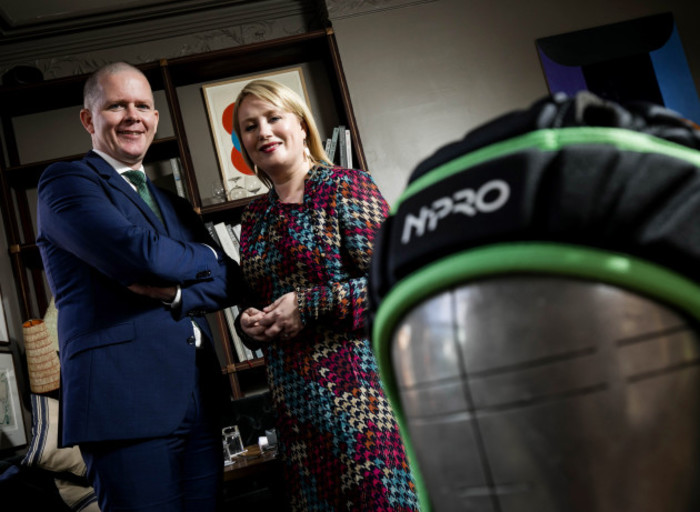 What’s the one thing, looking back, that you wish you had done differently?

One piece of advice I got at the start was that when you’re raising money it’s going to take you twice as long as you think and you’ll need twice as much as you expected. That was true.

Looking back, if I were to change something I probably would have raised more money at the beginning.

One was becoming a parent – that changes your perspective on a lot of things.

The second was when I left my previous employment (as a financial services software developer) and started up my own business back in 2008. I left the job in January 2008 – then the recession came, so it was a steep learning curve being self-employed back at that time.

We’re currently in Ireland, Britain, Australia, New Zealand and South Africa. We want to expand the product throughout Europe. We’re also looking at developing the product for other sports.

How do you respond to failure?

You have to get back on the horse every time you fall off.

It’s the nature of startups and running a company – there are probably going to be more failures than successes. You have to look at the long term goal and what it is you’re trying to achieve.

What book would you recommend the most?

Shoe Dog about Phil Knight, the founder of Nike. It’s an amazing story about where they came from and what they have grown that company into.