YOU CAN ALWAYS count on millennials to divide opinion. Whether it’s a strong relationship with avocados or an alien attitude to the workplace, mention of the entire generation seems to lead to heated discussion.

That’s precisely what happened during the week when a room of Irish business people gathered for the launch of Dublin Business School’s new executive leadership programme, called Eleven.

Over a breakfast of muesli and seeded bread at L’Ecrivain Restaurant on Baggot Street, differences of opinion on the younger generation emerged as Milo-Arne Wilkinson, the behavioural psychologist who created the Eleven programme, talked about some of the challenges facing leaders in the workplace.

A disloyalty to the workplace and a general lack of understanding of a company’s purpose were some of the issues raised regarding younger workers. Others in the room said they admired the generation’s ability to choose more of a work-life balance and that their attitudes are reflective of an evolving developed society.

Regardless of their opinions, it came to light that leaders are finding it challenging to manage different generations within the workforce.

Speaking after the event Wilkinson told Fora that four generations are working together and all have very different outlooks.

“The younger generation crave more stability and they want more prescription around what they have to do, but they don’t want to be told what to do,” she explained.

“All of that is much more prevalent than the older generation who just want to get on with it,” she said.

Wilkinson added that when dealing with those different outlooks in the workplace it’s important to “look at the individual employees and not the product” being sold.

“So if we are a business that sells dog food, just because we have sold dog food for the past 45 years, that’s not enough for the younger generations to engage,” she said.

“They bring a new lens to the way we can potentially sell that dog food, whether that is through social media or marketing design,” she explained.

According to Wilkinson the attitude of “just getting on” doesn’t work either for organisations; there needs to be a stronger connection between the workforce and what’s being sold or developed.

She said that one way to help millennials and Generation Z integrate better into the workforce is to understand firstly, that they may not be at this company for very long but to explain to them what their purpose is while they are here.

“Ask them, ‘what is it you would like to achieve? what’s your legacy? what imprint would you like to make on this organisation?’,” she said. 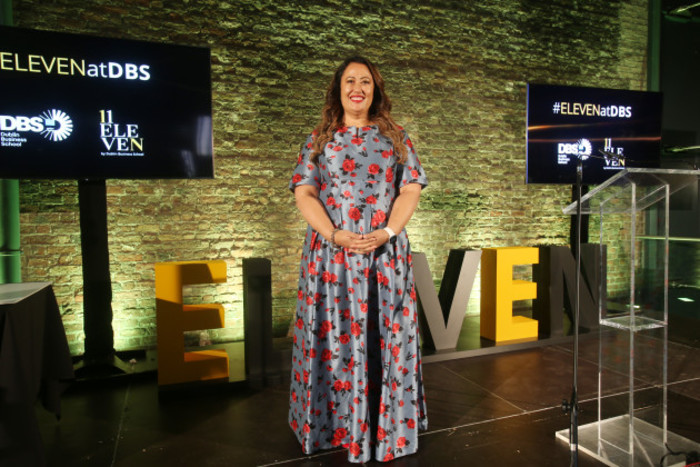 It’s not surprising that the four generations would differ, when you consider how varied their formative years and experiences in the workplace have been.

Anna Burzlaff, head of insights at branding and content agency Tenth Man, has done quite a bit of research on Generation Z, millennials and Generation X.

She told Fora that younger generations have grown up immersed in technology and depend a lot on their phones.

“They’re not tied to physical space and they don’t expect that from work either. So they like the idea of flexible working and the options to work from home. Globally, being able to set your own hours is a really big trend for millennials,” she said.

Generation Z are quite entrepreneurial focused and can see that people make careers through using social media, Burzlaff said.

“We did a survey on youth culture in Ireland and 59% of that generation are more concerned with making money than having leisure time,” she explained.

“So they have that hustle mentality and they want to strive but they feel like they can do it on their terms,” she said.

Burzlaff also pointed out that many millennials would have graduated during the recession and not have found a job afterwards because of the market, which explains why they feel less loyal to an employer.

“Similarly, Generation Z would have seen their older siblings get a college degree and not a job and that changes your view of that traditional blueprint career,” she explained.

On the other hand, Burzlaff said that Generation X entered the workforce at a time of prosperity.

“They did pretty well for themselves in the workplace and have a more traditional view of work and what work entails. They’re less likely to ask for flexibility in the workplace although it might be something that they want,” she said. 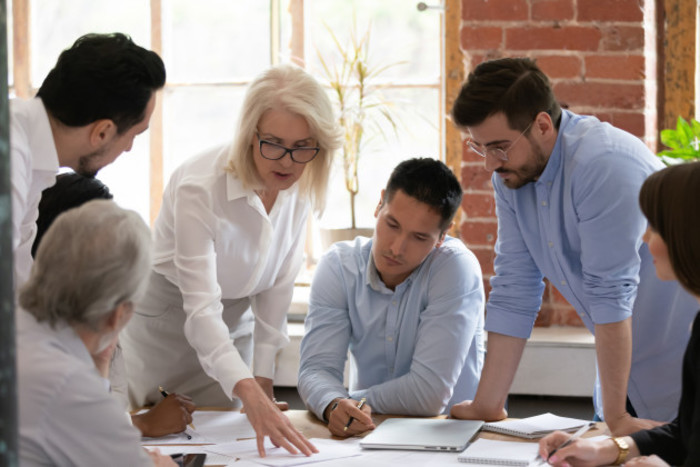 Tony Devine is managing partner at The Grey Matters Network that places Baby Boomers in companies for interim senior roles. He describes himself as a boomer, part of a generation born between 1946 and 1964 and would have found it competitive to get a job in the workforce thanks to an expansion of the population at the time.

The generation has a 35-year career behind them and brings a lot of experience to the workplace.

“The three managing partners of the company are a part of the generation. We have worked for 35 years for big companies and at senior levels, travelling every second week,” he said.

“We have done the full-on permanent career, where we had to earn as much as we possibly could and perform to our highest levels. Each of us would have had our mortgages to cover, our kids to cover,” he explained.

He said that that age group is now at phase three of their career where they are consolidating what they have got, working in consulting, mentoring and coaching roles within an organisation but also filling contract roles to complete certain projects.

Within the workplace, he explained this generation has to contend with ageism.

He told Fora he has seen instances in companies where there have been internal struggles to merge the different generations.

He gave the example of a multinational that set up here a few years ago and hired lots of millennials and Generation Z employees for sales roles and then a manager from Generation X.

Devine said the managers found it hard to manage the expectations of the generation under them who started to ask for salary increases and promotions after only working at the company for a short while.

“The Generation X manager didn’t understand that because he had to work up through the system, learn the ropes and do the time. It’s driven by technology, but the newer generation is always looking to what’s next,” he said.

For Devine collaboration is key in overcoming differences. He said that within Ireland there are a few companies that are running reverse mentoring programmes. Pramerica, a subsidiary of US pensions and insurance giant Prudential, is an example of one.

“It’s where the younger generation who is very digital savvy is mentoring the boomer and vice versa. And then the older generation mentors the younger who wants to know, ‘how can I do your job’,” he explained.