O’Reilly owns and operates BlockBurger restaurant at East Point Business Park in North Dublin along with three restaurants under its Mad Egg brand. Last week, he ‘pivoted’ toward takeaway.

“It was easier with BlockBurger because we had the infrastructure there. The legwork was done. It was well organised in the kitchen with the workflows,” he said, highlighting that the restaurant already had its packaging takeaway-proofed.

“We had already developed our own shoebox packaging with air vents… to keep the food crispy.”

Like others in the industry, he has changed his model to help him through the period. He said that at the moment, business is not particularly lucrative but it will keep his relationship with suppliers and customers open for the period.

It’s also a chance to put collection and takeaway processes in place for his Mad Egg brand – which he said will become a larger part of the business when things ‘bounce back’.

“When we saw the impact in Italy and countries close to us we started contingency planning,” he said. “We reckon that collections will play a bigger role in our business model from now on so we started to take it seriously.”

When the coronavirus did hit Ireland, O’Reilly said he had some very tough decisions to make and on Sunday 14 March decided to lay off staff.

“We had a very grim day, two Sundays ago. We had to lay off 104 people,” he told Fora. “It was a bad day but (the decision) to close was very black and white.”

“It would have been easy for us to continue trading but we had a social responsibility to undertake for our staff and the wider community,” he said. 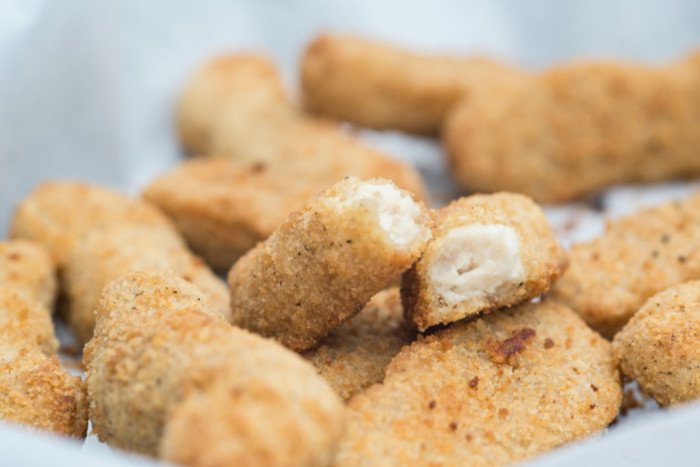 With deliveries already a part of Blockburger’s service, O’Reilly said the change-over was more intuitive and took a few days to get everything in order before opening for delivery last Thursday.

“We revamped our kitchen processes. Before we would have had four chefs and a kitchen porter and now we have two. We have one-way work systems and designated work zones, reviewed our sanitisation programmes,” he explained.

The restaurant also has drop zones outside the premises to mitigate social contact.

O’Reilly has put the same changes in place for the Mad Egg restaurant chain to begin delivery on Thursday evening this week. By next week, he said the Dundrum location will also be up and running.

The restaurateur stressed that the new model isn’t bringing a lot of cash in. For BlockBurger, he said takeaway delivery would account for 10% to 15% of the overall business under normal circumstances. “At the moment it’s our only business.”

The main reason O’Reilly has switched to takeaway across his businesses is to keep a line with his suppliers and to keep the company’s branding relevant.

“Our key outcomes are that we maintain a team, keep brand relevence and support our supply chain… which will be crucial for bouncing back.”

“We work with a third-generation baker and a fourth-generation butcher. They’re family-run businesses and it’s an ecosystem we want to come back to,” he explained. “When we do bounce back we need those guys still there and available.”

When asked how the restaurants are coping when it comes to its other expenditures like paying bills and rent, O’Reilly said the company has had ‘positive engagement’ with its landlord’.

“They will still have to be paid, so we are looking at a deferral – it’s up to us to manage cash flow,” he said.

O’Reilly said the new model relies on the support of his customers. “It’s paying for future experience and helping us keep cash in the business right now.”

He is also involved in the ‘Feed the Heroes’ campaign which has raised €452,200 to pay toward meals for healthcare workers throughout the crisis.