THE CORPORATE GIFTING game used to be all about glitz and glamour.

Back in the Celtic Tiger years, Louise Lonergan, founder and chief executive of Lonergan Corporate Gifts, would be asked to deliver brand-name suitcases stuffed with champagne and a host of “crazy requests” from businesses looking to woo clients.

“I don’t think there is anything extravagant (about it) any more,” Lonergan tells Fora. ”Everybody is trying to spend their money as carefully as possible and work to the budget that they’re working to.”

When marketing spend suffered deep cuts during the recession, the rug was pulled from the flashy world of corporate gift buying.

These days, Lonergan says, companies are more interested in offering a token of appreciation to loyal staff who stuck with them during the bad years than splashing out on expensive gimmicks.

That’s why Lonergan’s business has expanded into the ‘service awards’ area, where companies reward employees for a job well done or for reaching a career milestone.

“A lot of (workers) are doing two or three people’s jobs,” she says. “Companies are trying to create a buzz again and let their staff know that they’re thankful for all the work that they’ve done.” 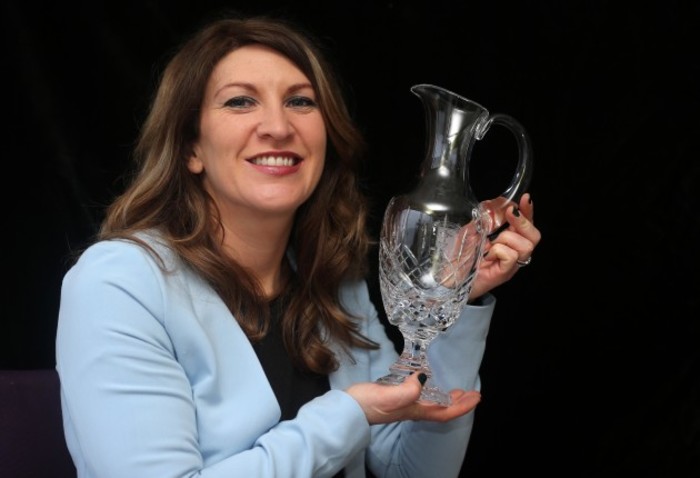 High-profile clients like Pfizer and Diageo have used such a service for a number of years, but it was only in April last year that Lonergan decided to formalise the facility with Get Gifts, an online gift catalogue.

Get Gifts takes advantage of the small benefits exemption scheme, where employees can receive a tax-free, non-cash bonus of up to €500 every year.

Bosses provide workers with a login to the site so they can decide how they wish to spend their bonus from a selection of gifts like laptops, hotel breaks and furniture.

With about 20,000 items on offer from 100 suppliers, Lonergan jokes that she’s a bit like the Only Fools and Horses character Del Boy: “All I need now is a three-wheel van.”

‘Better off’ with gifts

Citing research from human resources consultants Towers Watson, Lonergan claims that companies “are better off giving a non-cash gift” than hard cash if they want to boost staff morale.

“You can imagine the daddy opening the television when it’s delivered to his house and his kids are excited about what he’s after getting,” she says. 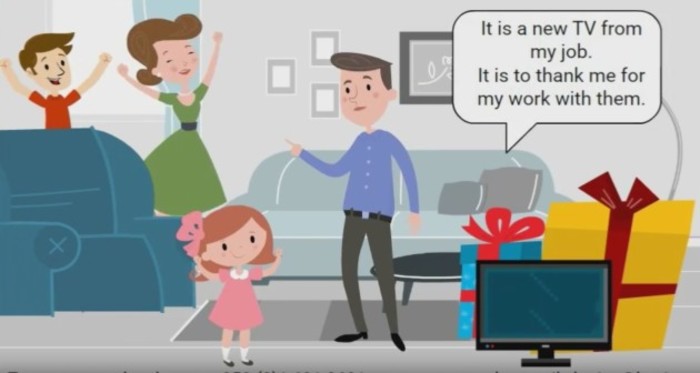 A still from a Get Gifts promo.
Source: YouTube

There is a certain sentimentality attached to tangible objects.

“A lot of people when they work for 25 or 30 years, they want to get a memento of their work, something that will last,” she says.

That’s why she is interested in expanding Get Gifts to include what she calls a “reward and recognition scheme”, a points-based system where workers collect points for completing certain good deeds like covering a bank holiday shift or training colleagues outside regular work hours. They can redeem a gift when they’ve accumulated enough reward points.

One company has already signed up to use the service, but there is still some administrative kinks to work out before more clients come on board.

“These things take time because each company has to figure out how it’s going to run it and what points different staff get and why,” she explains.

Lonergan’s core team is small, with four workers on the books for most of the year. Seasonal staff come on board to help out during the busy end-of-year period.

When contractors are taken into account – delivery drivers, embroiderers, printers and the like – Lonergan works with up 95 people at any given time.

Like most small businesses, Lonergan says her biggest challenge is cash flow, which she expects will continue to be a difficulty in 2017.

“When you’re dealing with very large companies, their (payment) terms are usually 45 to 90 days,” she says. “You can imagine if you have to pay up front for a products … it’s difficult to manage.”

Ironically, she is also competing with her big-name clients to attract tech talent, another common problem for small business owners.

A few years ago, Lonergan’s bank manager said they weren’t sure how she was still in business, given that many competing promotional gift firms failed during the recession.

She attributes her survival to rebuilding her business to suit changing attitudes.

“You would’ve thought that corporate gifting was the first thing to go,” she says. “I hope that says something about the company.”

Lonergan Corporate Gifts will exhibit at Showcase Ireland, a craft and design business trade show, in the RDS, 22 to 25 January.