WORK IS ABOUT to begin on the Gardens International office building in Limerick, which forms part of the largest Irish commercial property development under way outside Dublin.

The 100,000 sq ft building on Limerick’s Henry Street will be the first ‘speculative build’ under the Limerick Twenty Thirty programme, which aims to attract over €500 million in investment into the city.

The wider programme is targeting a raft of building projects, including office, retail, residential and education space in the city. It is hoped an extra 5,000 new jobs will be created in Limerick over the next five years with the programme.

The €17.6 million Gardens International development, which is due to be finished late next year, is the first of three major planned works that will transform inner-city Limerick with an extra 1.4 million sq ft of floor space.

The Gardens building will be large enough to house 750 workers, while it is also expected to support 150 jobs during construction.

Limerick Twenty Thirty chairman Denis Brosnan said the project would be “the catalyst for a new era of growth for Limerick”.

“This is the first in a wider programme that is going to transform Limerick into a dynamic living and working city capable of competing with the leading destinations in Europe for inward investment,” he said.

Limerick was one of the cities hardest-hit by the crisis and slowest to recover as the country emerged from the recession.

Last year, a Limerick Regeneration report found the city had the highest rate of youth unemployment in the nation, as well as the most unemployment ‘blackspots’.

Building was started on the Henry Street site during the boom, but it has remained a shell since work ceased there several years ago. 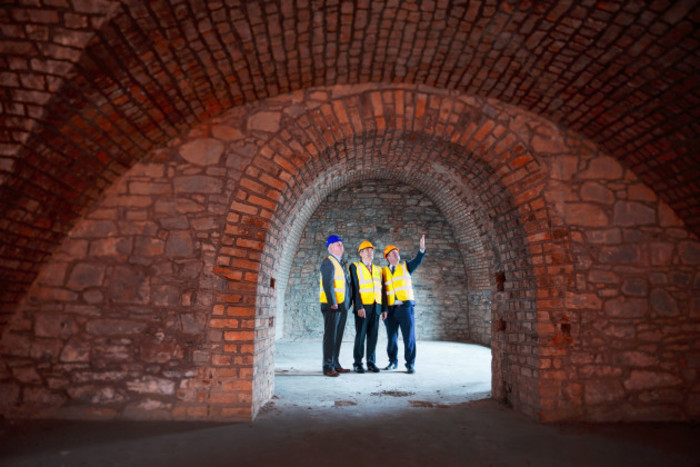 The original, limestone-faced building on the site was constructed in 1808 by the Roche family, then prominent bankers in the city.

The warehouses were considered a revolutionary project at the time as they housed a rooftop ‘hanging gardens’ serviced by a sophisticated heating and irrigation system, enabling tropical fruits like pineapples to be grown in the building.