LIMERICK COUNCIL HAS announced plans to develop a massive site in the middle of the city in a move that could bring thousands of jobs to the area.

Limerick Twenty Thirty said today that it will formally commence a ‘Part 8 planning process’ this Friday to start work on the ‘Opera Centre’ site.

A Part 8 planning process is one in which the local authority develops its own project. During this process, the development plans are made available to the public, who can object or recommend changes that the council may then consider.

Limerick Twenty Thirty is a special purpose vehicle created and owned by Limerick City and County Council tasked with building infrastructure in the region.

It said that, as part of the plan to develop the four-acre Opera site, which is located opposite the Arthur’s Quay shopping centre and near the Cruise’s Street shopping area, three large offices will be built. 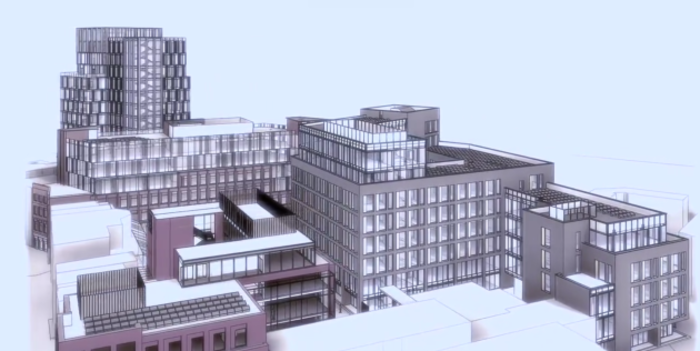 A 3D impression of the development
Source: Limerick Twenty Thirty

As well as the three large commercial buildings, several city buildings in the area will be refurbished to provide more office space and over 1,000 sq m of retail space.

It is expected that, when completed, the new buildings will be able to house thousands of workers.

The Old Town Hall will also be upgraded to provide a cultural centre for the project. Several buildings on nearby streets, including Rutland Street and Patrick Street, will be demolished.

Work on the project is scheduled to begin in 2018, with the entire scheme expected to take about six years to complete.

The development would make use of one of the city’s largest development sites, which has lain idle for years. 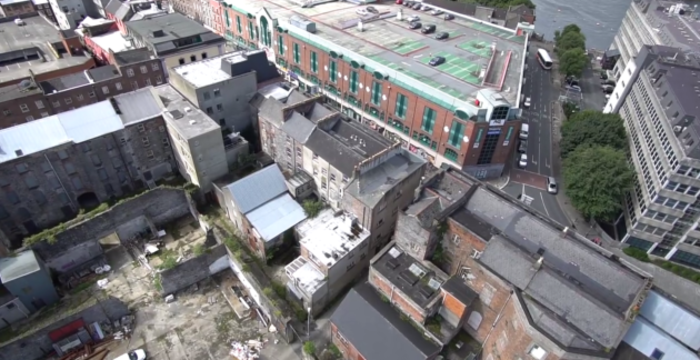 Part of the Opera site as it looks now
Source: Limerick Twenty Thirty

As previously examined by Fora, a developer bought the land around the Opera site during the boom with the intention of building a massive shopping centre.

This fell through when the recession hit, and Limerick City and County Council bought the land in 2011 for a fraction of its original cost.

Limerick Twenty Thirty said that the plans “will be sensitive to the rich Georgian architecture across the 550,000 sq ft of property”.

“They will deliver a world-class, modern office-based campus in the heart of the city supplemented by ancillary retail, cultural and licenced premises uses,” it said.

It said that the development will be the largest single city-centre project ever undertaken in Limerick.