A PLANNED FLOATING data centre in Limerick is facing a delay following a appeal to An Bord Pleanála from a group of companies using the Shannon Foynes Port.

Shannon Foynes Port Company, which operates the port, applied last year for permission to moor a €35 million floating data centre on part of its lands at Ted Russell Dock.

Conditional permission was granted in March. Limerick Port Users Group, a group of 16 businesses on the docklands, recently appealed the project to the planning board.

The project would be developed by Californian data centre firm Nautilus –which is backed by the Irish State’s Ireland Strategic Investment Fund – and would create 24 permanent jobs.

According to Liam Woulfe, the Limerick Port Users Group’s chairman, the group is keen to support the project but added that “the current proposition is just for the wrong location because this project would place too much risk on the quite busy and developing shipping operations through Limerick Port”.

According to Woulfe, the Limerick Port Users group was not consulted in advance of the port operator submitting the planning application for the project.

“This is a shame because if this happened a compatible solution would have been found”, that would have facilitated both the traditional shipping related business and the data centre, he said.

He added that the group believes other “non core” sites owned by Limerick Port would be better suited to the data centre without affecting the port’s business.

The original planning permission was submitted in November of last year. The National Planning Authority is due to make a decision by the end of August this year.

James L. Connaughton, CEO of Nautilus, said that “regrettably, the appeal to An Bord Pleanála will substantially delay a worthy project that will sustainably enrich the digital ecosystem of Limerick, create high-value jobs, contribute to the long-term vitality of the docklands and its user community, and attract a broad array of ICT-driven business activity to Limerick and the wider region.”

The main issue raised in the appeal – of whether there are capacity constraints at Limerick Docklands – has been fully considered, he added.

“We believe that Nautilus should have the same ability as any other port user to license available berth space for a vessel. In addition, Nautilus’ operations will provide innovative technology and new revenues which will help modernize port infrastructure and sustain port operations over the long term, to the benefit of all port users,” he said.

The company is confident that the project will receive final planning approval, and remains “fully committed” to it, according to a statement. 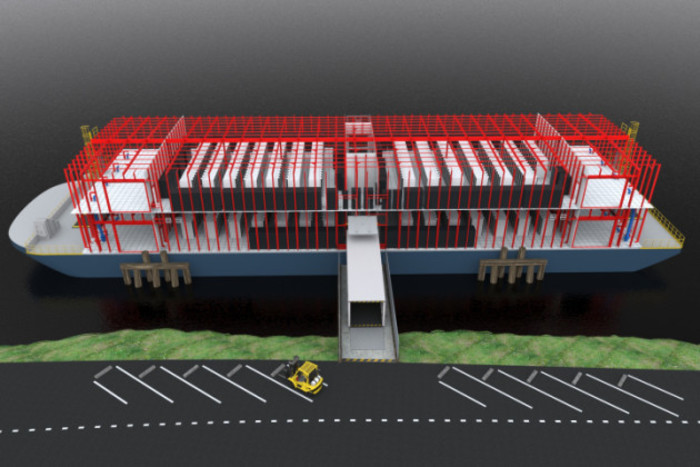 Pat Keating, the chief executive of Shannon Foynes Port Company, said that the port acknowledges the right to object and is “fully satisfied that any concerns about capacity constraints are entirely unfounded, with the Ted Russell Docks currently working at just 18% of its capacity”.

“There is very significant opportunity also for all port users to expand their traditional activities,” he said.

The project will have “a huge economic dividend” for Limerick and the wider region, said Keating, and will bring investment to the area.

“We see this as not just an investment in isolation but one that will attract other investments over our other assets in Limerick and the wider area, as well as significant job numbers over time.”

Shannon Foynes Port Company also lodged an appeal with An Bord Pleanala regarding a condition around how the contribution fees were calculated, according to a statement from the company.