THERE HAS BEEN a spike in jobseekers searching for roles that require life coaching skills – which recruiters say has become the norm for senior managers.

Three years ago, Forbes magazine described life coaching as the second-fastest growing profession in the world and has estimated the industry to be worth $2 billion globally.

According to data collated for Fora by jobs listings site Indeed, interest in roles with the keywords ‘life coach’ or ‘personal development coach’ has increased among jobseekers in recent times.

Life coaches are typically hired to provide personal and professional development advice to individual clients, but there has been an anecdotal increase in the number of qualified life coaches in management positions.

The college offers an advanced diploma in personal leadership and executive coaching and has recorded a large increase in interest in the course, according to Brereton.

Similarly, Morgan McKinley’s global FDI director, Trayc Keevans, said the recruitment company has recorded more jobseekers with life coaching qualifications who are not necessarily looking for work in the industry.

“People are finding that technology is moving things so fast … and they need to upskill much quicker. They’re questioning their place in the workplace, their relevance and what they need to do,” she said.

A quick scan of the Indeed job listings under life coaching positions reflects this. Rather than providing jobs specifically as life coaches, there are plenty of listings for senior staff who can ‘coach’ staff. 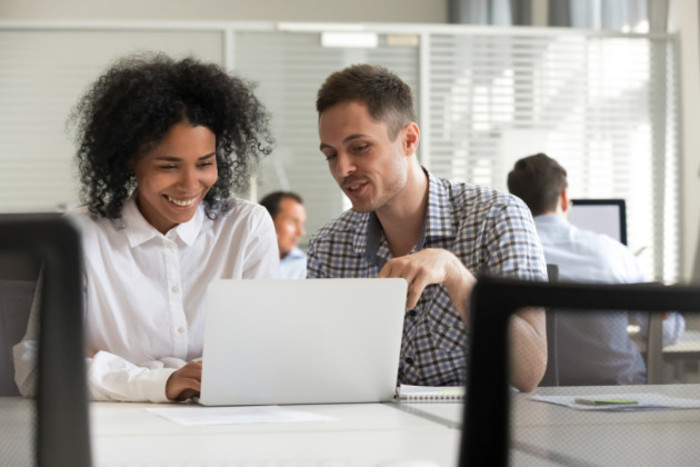 Explaining why more managers have acquired life coaching skills, Brereton said there has been a move away from a management style where staff are directed in a “military way where there are prescriptive orders given”.

“If another company is offering a workplace environment that is more attractive for (employees) in how they like to work … how they are involved in decision making especially in their own work, they’re going to drift towards those companies.”

With almost full-employment – the CSO shows 2.1% unemployment at the end of 2018 – it’s harder for companies to fill roles, and it’s no secret that the country is experiencing a skills shortage.

“The staff just aren’t there; they can’t be found. You need to look after your people … because there are no others out there to really fill that role,” said Brereton.

“Coaching has taken on a really important part in that kind of staff retention challenge. It’s really about getting a buy-in from the staff in that organisation.

“You’re not going to see a better example than the millennial culture, where they really want to be connected to an organisation that matches their own personal values. If there isn’t a fit between personal values and company values, then you’re at risk of losing important members of a team”.

Coaching has a place in modern management and it’s not going to be going away any time soon, according to Brereton.

Trayc Keevans – who has a life coaching qualification herself – echoed this point and said there has been a surge of senior staff training in that area to “get ahead in the workplace”.

“We see it in for instance the likes of a HR role, a training role or anything that’s at manager level or more,” she said.

“Some like to do it on a part-time basis … and some are the people out looking and trying to test the waters.

“Pretty much everybody who did the course with me was a professional in some shape or form. They had a qualification in something else, so they saw this as giving them an extra string to their bow.”