A DUBLIN STARTUP working on potentially groundbreaking technology to prevent elderly people from falling has just landed almost €600,000 in funding.

Kinesis Health Technologies announced today that it has closed its first investment round and secured €590,000 “to expand global sales of its intelligent health diagnostic devices”.

The funding was raised from a consortium of private investors. Although the identity of the private investors was not revealed, the firm did say that Enterprise Ireland is a backer through its High-Potential Start-Up (HPSU) programme.

Kinesis is focused on developing products that provide greater clinical insights into the assessment of a patient’s movement using wearable sensor-based technologies.

The company’s first product is focused on accurately predicting the risk of people falling.

It also looks at statistical comparisons against population averages for age and gender.

Kinesis said that the technology “has been scientifically validated through an extensive programme of top-tier internationally peer-reviewed research in falls prevention over the past eight years”.

The company has also produced a second product for clinical gait analysis, which is used to treat people who have difficulty walking. It is intended to be used to assess for neurological disorders such as multiple sclerosis and Parkinson’s disease.

Kinesis said that it has already secured customers in Ireland, UK, US, Canada and Australia and aims to expand activities in these countries, as well as new territories, over the next 18 months. 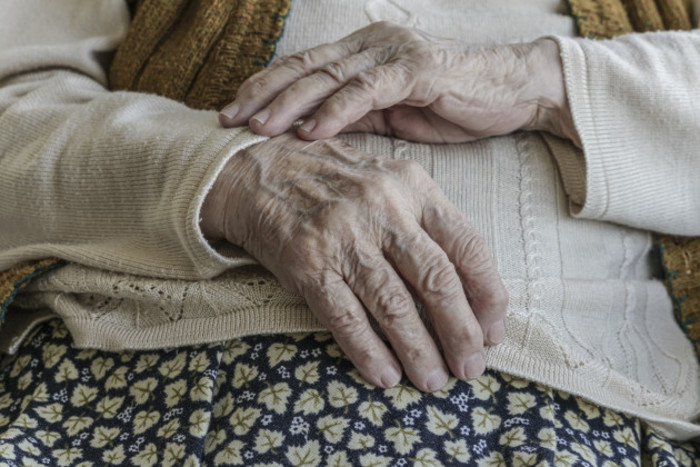 Falling is an issue for many elderly people
Source: Shutterstock/berna namoglu

“Falls in older adults are a major problem worldwide with an estimated 30% of adults, over 65 years of age, falling at least once each year,” the company said in a statement.

“The direct and indirect societal costs of falls in older adults are enormous and in the US alone, such costs have been estimated to be in the region of US$20 billion per year.”

Kinesis was founded in 2013 by Seamus Small and Dr Barry Greene as a spin-out company from a large ageing research programme at UCD. The company is currently headquartered at NexusUCD, the University’s ‘industry partnership centre’.

Small, who is the startup’s chief executive, said that the company is “delighted to announce (its) first investment round.

“This funding will enable us to expand our engineering and commercial teams and grow sales of our intelligent health diagnostic devices,” he said.

“The funding will also enable us to develop and to enhance our technologies further.”

Colm MacFhionnlaoich, a manager with the Enterprise Ireland HPSU programme, said that Kinesis is an example of how “relevant discoveries and intellectual property from Ireland’s third level institutions” can be brought to “highly competitive markets”.