In one instalment, we looked at the Dart Underground – an underground rail line through Dublin’s city centre which has been talked about in some form for decades.

For this installment we’re looking at a project on a slightly smaller scale, the Kilternan Hotel.

Some €170 million was sunk into the venue during the boom, however it remains largely disused to this day. Here’s why.

While it has had a storied existence and been developed and redeveloped several times, as it stands the Kilternan Hotel & Country Club is a partially constructed 128-bed hotel in south county Dublin surrounded by over 100 acres of forest.

Building was abandoned during the recession, leaving the huge complex in a near-complete but disused state since then.

As well as the main hotel building there is also a sports complex with indoor tennis courts, a 25m swimming pool, a gym, a training area and a 78-unit aparthotel. Besides the aparthotel, which is at a relatively early stage of construction, much of the complex has been built.

The venue received national recognition after boxing great Muhammad Ali stayed there in the run-up to his fight with Alvin Lewis in Croke Park. However, just a year later, as it struggled with poor tourist trade, the hotel went into receivership.

It was bought by former supermarket owner Pat Quinn, known throughout Ireland as the founder of Quinnsworth.

Quinn invested £400,000 in the venue and reopened it as a social and sports club called the Pat Quinn Club, however this went out of business after about a year as well.

The venue changed hands several more times over the years, and at one point it was owned by the late Irish-American billionaire Chuck Feeney. It finally made its way into the hands of Hugh O’Regan, a well-known publican during the Celtic Tiger.

O’Regan had a vision to transform what was a fairly small hotel into a sprawling luxury complex. He spent €170 million during the height of the boom building the hotel, restaurants, tennis courts and a golf club… the works. 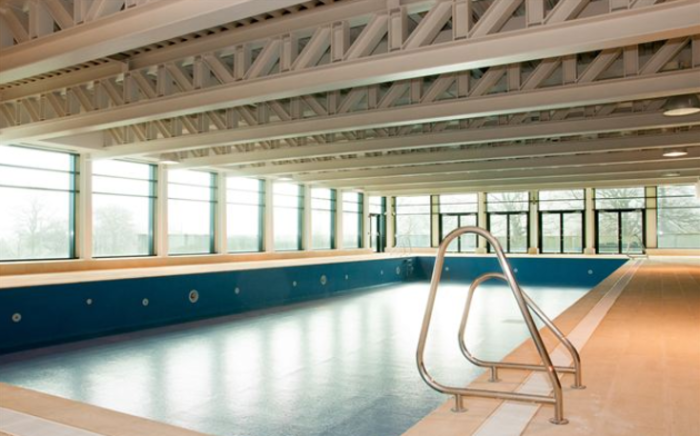 The unused pool in the Kilternan Hotel
Source: Colliers

Just as the hotel was reaching completion, the economy tanked and the banks pulled their funding. O’Regan died in 2012 at just 49, and Kilternan went into the control of state bad bank Nama.

The receivers to the hotel spent years looking for a buyer. The longer it went on, the more difficult things got as the hotel began to fall into a relative state of disrepair.

While €170 million was poured into developing the hotel during the boom, the Irish Times reported in 2013 that Nama would “bite the hand off anyone who bids close to €50 million”.

In the end the complex was bought by well-known Galway developers the Comer brothers for a knock-down price believed to be about €7 million.

This represented a staggering discount of about 96% on the loans for the property, although those prices were wildly inflated by the boom and the complex needed significant work to make it useable.

It appears that while the Comers have had difficulty making substantial progress with the hotel, they’ve been able to get some work done at the site. 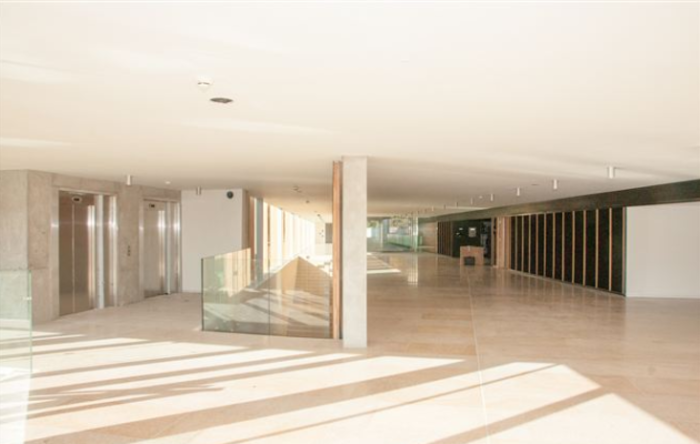 The inside of the Kilternan Hotel
Source: Colliers

While the Comer Group did not respond to a request for comment from Fora, the company wanted to build a “centre of excellence for equine breeding” on part of the Kilternan hotel grounds.

The Comers, who have extensive bloodstock interests, planned for the centre to include 160 stables on two levels, a 1.6km gallops and track viewing areas on the second floor.

While it was refused by the local council, this decision was then overturned by An Bord Pleanála.

In September 2017 the Comers applied to retain a 1.6km-long training gallops that was built within the grounds of the former golf club area.

This application was declared invalid and the Comers noted that, while the group has permission to build the equine centre of excellence, this “has not yet commenced”.

How far they will be able to take the hotel is anyone’s guess, but the Comers likely hope that they are the ones who can finally shake the Kilternan curse.