Newly filed accounts for Killarney Hotels Ltd, which operates the Europe Hotel & Resort and Dunloe Castle Hotel, show that it plunged €5.4 million into the red last year - more than 15 times the loss it booked in 2016.

However, this appears to be a paper loss based on the falling value of assets instead of an operational loss.

The Swiss-owned hotels group, which also operates the four-star Ard na Sidhe Country Hotel in Killorglin, reported sales of more than €19 million for the financial year ended 31 December 2016. That’s an increase of €2 million on the previous 12-month period.

The vast majority of its revenues – some €18.5 million – came from its hotels operations. The remaining €648,000 was generated through farming activities.

The multimillion-euro loss Killarney Hotels recorded for 2016 appears to be paper-based. The accounts show that the company’s long-term assets were valued at €47 million in 2016, €7 million less than 2015′s figure.

Killarney Hotels declined to comment when it was contacted by Fora. 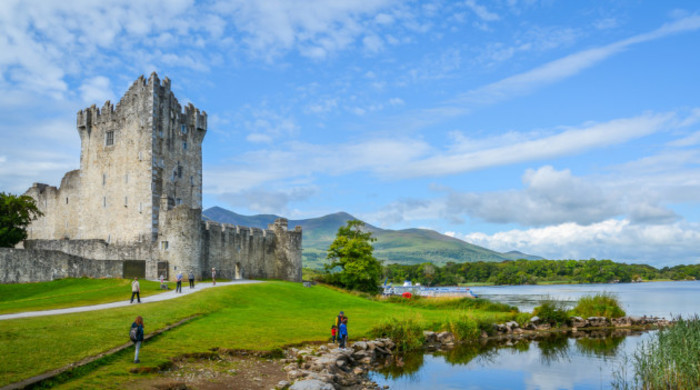 According to the directors’ report, the company’s performance last year was “in line with expectation”.

Directors Michael Brennan and Adrian Stehr said Killarney Hotels is managing risks to its business by “analysing geopolitical issues and its impact on the tourism market worldwide”.

It is also looking to “add value to the customer experience” through its use of social media and by focusing on “sustainability”.

“The Irish tourism industry had record years in 2015 and 2016, with the main Irish tourism bodies predicting further growth for 2017,” the directors’ report said.

“Eventually, however, tourism may start to feel the short- and medium-term impact of the American election, Brexit negotiations and the troubling state of the European Union”.

The directors said Killarney Hotels ultimate parent, Swiss construction giant Liebherr International, will provide it with funds “as and when required to enable it to continue trading for the foreseeable future”.

An accompany note in the accounts showed that Liebherr has so far loaned some €44 million to Killarney Hotels.

Dunloe Castle Hotel in Killarney is currently closed for renovations and is not due to reopen until early 2018. The directors said in their report that they do not expect the closure to “affect the business of the other hotels”.

“The directors have no plan to change the activities and operations of the company in the near future,” the report said.