MORAN PARK HOMEBUILDERS, a company controlled by the children of one of Ireland’s biggest Celtic Tiger developers, has been cleared to construct over 40 housing units in south Dublin.

Following an appeal to An Bord Pleanála, the firm received the go-ahead to build 38 apartments and six houses at Glenamuck Road in Carrickmines.

Moran Park is owned by Adrienne and John Moran, the children of Joe Moran, once one of Ireland’s highest-flying businessmen.

His former company, the similarly named Manor Park Homes, was involved in a string of huge projects across the country during the boom, and famously paid €45 million in 2004 to buy Abbeville mansion, the former home of Charles Haughey.

The Kinsealy property was sold to a Japanese buyer in 2013 for about €5.5 million.

The 81-year-old Kerryman was the chief executive of nail and screw manufacturing firm Irish Wire Products, as well as the chair of the London- and Dublin-listed financial services firm IFG.

He and his family paid a reported €172 million to buy the 49% of Manor Park that they didn’t own from diversified services company DCC in 2007, a move he later admitted was a mistake.

When the recession rolled around the company was heavily indebted and a receiver was appointed in 2011. 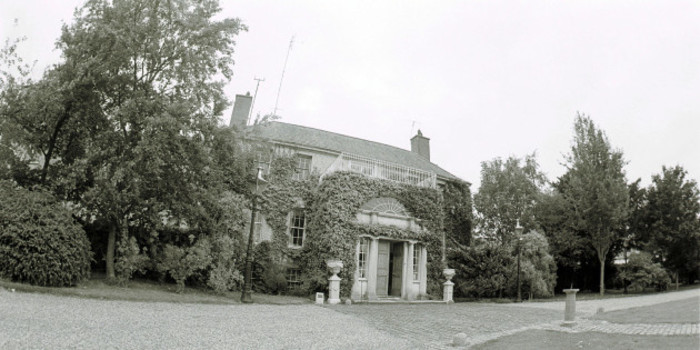 A liquidator was appointed to Manor Park in 2012. A new company, Moran Park, was established in 2013 with Moran’s daughter Adrienne and son John serving as its directors.

The family patriarch told the Sunday Independent in 2015 that he was “starting up again” and had invested “a fair bit” in the company, although his children were “running the show”.

The Carrickmines project will be one of the largest that Moran Park has been involved in.

In April 2016 the company applied to build 46 housing units, since revised to 44, along with 89 car parking spaces and 40 bicycle spaces in Carrickmines. The 38 apartments will be in two, three-storey blocks.

The six houses will have four bedrooms, rear gardens and balconies. The local council, Dún Laoghaire, gave the company planning permission, however several locals appealed this to An Bord Pleanála.

One objector, who lives near the proposed building site with his family, said that the that the apartment blocks would “have an unacceptable impact on the residential amenity of the neighbouring properties”.

Most of the other objectors had similar complaints around the proposed three-storey blocks being too big and out of character.

Another man, who lives nearby with his family, said that the project would cause an “unacceptable loss of privacy” as the apartments would overlook his house.

A sketch of the proposed apartments
Source: Dún Laoghaire–Rathdown council

However, the planning body gave the project the all-clear after recommending a few small changes, such as scaling down the number of housing units from 46 to 44.

The development will be a major one for Moran Homebuilders. While Manor Park used to sell hundreds of houses every year during the boom, Moran Park has worked on smaller schemes since exiting receivership.

Last April the Morans opened their first showhouse since 2008 as part of a development of seven detached family houses in Foxrock.