A FARMER HAS secured a temporary High Court injunction preventing the Irish Cattle and Sheep Farmers Association (ICSA) from taking steps that he claims would effectively remove him as its treasurer.

The court heard that the ICSA has last March removed County Longford-based James Reynolds from his position as a member of the executive of its branch in the county due to his alleged links to the anti-immigration National Party.

It is claimed that the removal also resulted in him losing his position of national treasurer with the farmers’ organisation.

Barrister Kamal Vaid told the High Court that Reynolds, his client, has appealed that decision and the appeal meeting is due to be heard tomorrow.

He said Reynolds was now seeking an ex-parte injunction restraining the management of the ICSA from removing him from his position. The legal move means only one side is heard at this stage in the proceedings, pending a full hearing.

Vaid said his client was not a paid employee of the association but feared that his reputation would be damaged if he was removed from the executive committee.

The court heard that the association had allegedly failed to follow its own procedures and had failed to allow Reynolds adequate notice of its purported decision to dismiss him. 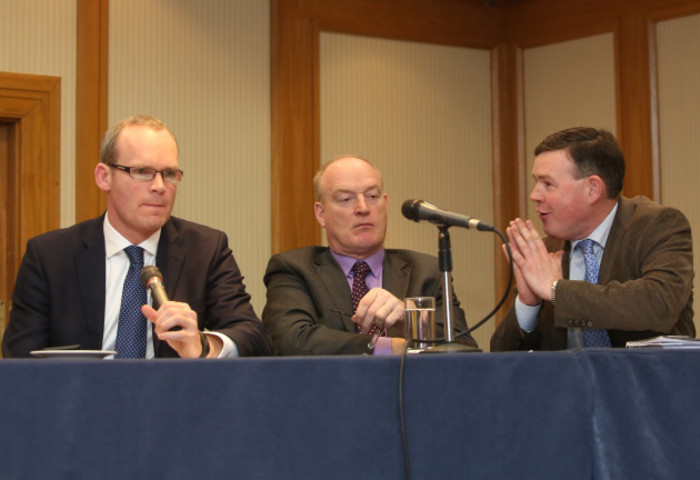 Reynolds, right, at an ICSA AGM in 2015
Source: Sam Boal/RollingNews.ie

The injunction was granted on an ex-parte basis.

It was previously reported that the association, which represents mainly dry stock farmers and has a membership of about 10,000 nationwide, held a special meeting last November to discuss the involvement of Reynolds in the National Party, a far-right political party founded by Justin Barrett.

The party hit the headlines late last year when its planned launch at the five-star Merrion Hotel was cancelled a day before it was due to take place.