IRISH NATIONWIDE BUILDING Society’s former chairman has been fined €20,000 by the Central Bank.

Michael Walsh was a senior figure in Irish Nationwide Building Society (INBS), which cost taxpayers an estimated €5.4 billion after it was bailed out and eventually liquidated by the State.

The fine handed down relates to breaches of financial services laws by INBS between August 2004 to September 2008, during which time Walsh was non-executive chairman of the company and a member of its audit committee.

The breaches are tied to the manner in which INBS managed commercial loans and credit risk during Walsh’s tenure as chairman. He resigned from the position in 2009.

Walsh has admitted to participation in “certain prescribed contraventions of financial services law” and as a result has been fined €20,000.

In addition to the financial penalty, Walsh has also been disqualified from managing any regulated financial services firm for a period of three years.

The Central Bank said Walsh was reprimanded for Irish Nationwide’s failure to provide reports for commercial lending and credit risk management to its board directors.

“Walsh took a variety of steps to address these issues which were flagged by various internal and external reports during the review period but accepts responsibility as non-executive chairman for the fact that these issues were not fully addressed.” 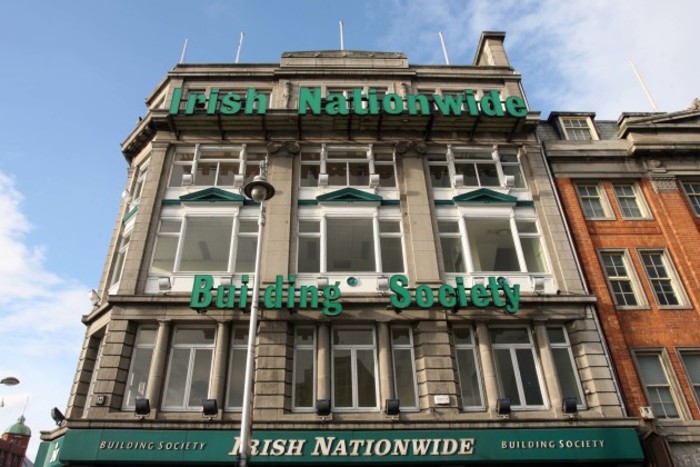 In a statement, the Central Bank said that the settlement with Walsh has no effect on the ongoing inquiry related to former Irish Nationwide officials Michael Fingleton, John Purcell, Thomas McMenamin and Gary McCollum.

He challenged the Central Bank’s decision to subject him to an inquiry, claiming it was unfair and unreasonable. Justice Noonan said Fingleton had not satisfied that there was any unfairness inherent in the inquiry process.

In the event of any finding of wrongdoing, the inquiry has the power to impose a fine on an individual of up to €500,000.