A DUTCH MEP’S broadside at Ireland’s approach to taxing large multinationals and attracting foreign investment has been labelled a “veiled power grab”.

Irish MEP Brian Hayes has hit back at the comments made by Dutch MEP Paul Tang and said that the attacks on the Irish corporate tax regime are “disingenuous”.

Speaking on Morning Ireland ahead of his appearance at the Oireachtas Finance Committee to discuss the idea behind the EU’s common consolidated corporate tax base, Tang said that the Irish method of attracting foreign investment is a form of “piracy”.

“Ireland is not the only country in the EU, there is also the Netherlands, Malta and Luxembourg. These countries are very good at going to another country and stealing from the coffers of a ministry of finance, that’s what you do,” said Tang.

“The evidence for that is overwhelming, by the way. You can just look at the statistics. A small country like Ireland has more foreign investment than Germany or France. It’s weird.”

He added that Ireland is flouting its obligations as a member of the European Union as a result of its approach to taxing large multinationals.

“Ireland doesn’t taken into account the affect on European partners. We are supposed to be partners. You are part of a union where you work together on most of the issues, but on one issue we fight each other. I see it as a modern form of piracy,” Tang said.

In response to Tang’s attack, Fine Gael MEP Brian Hayes said Ireland should be proud of its “well-earned” tax revenue which was built up by offering multinationals a good base to do business with a skilled workforce.

He added that Google, Apple and Facebook’s operations in Ireland hire thousands of “real people” and are not brass-plate operations.

“In Davos this week, we will see more attacks on Ireland’s corporate tax policy. French president Emmanuel Macron is on a campaign to soak up as much corporate tax revenue for France as possible,” Hayes said.

“Ireland’s corporate tax system is clear and transparent. Tax avoidance is a scourge and must be tackled but this issue needs to be solved at an international level through the OECD, something that Ireland has clearly committed to.” 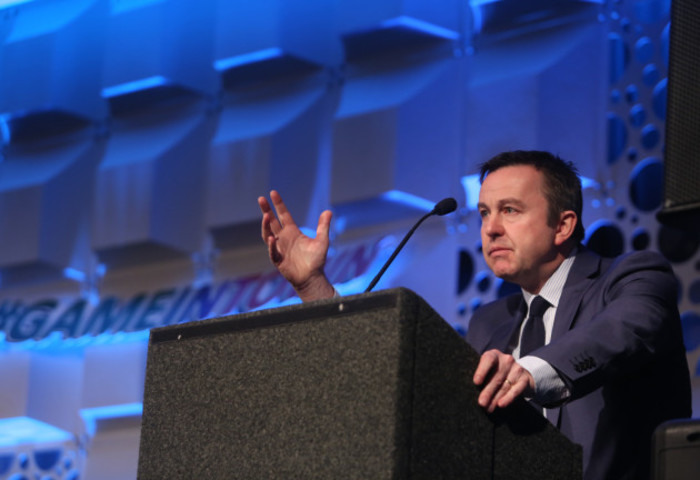 Hayes also criticised the Dutch MEP’s lack of understanding about how a consolidated corporate tax base would affect Ireland’s economy.

“Tang admitted that he has no knowledge of the impact consolidated corporate tax base will have on Ireland’s corporate tax revenue,” he said.

“How can Ireland ever sign up to something where we don’t know what the clear impact will be on our tax revenue? Estimates have put it that Ireland could lose over 50% of its tax revenue.”

Tang recently tried to get Ireland, Malta, Luxembourg and the Netherlands added to the EU list of tax havens.

Last year, international charity Oxfam said Ireland is one of four EU states that would end up blacklisted as a tax haven if the EU trade bloc applied its own criteria to member states.

In 2016, Brazil’s federal revenue service added Ireland to its list of countries denominated as tax havens.

Other countries already on the list include notorious jurisdictions such as Panama, Monaco and the Isle of Man.