INITIAL COIN OFFERINGS have been heralded as the new age of funding for startups, but regulation remains the biggest question mark over their future.

In the first of Fora’s two-part look at ICOs, we probed how Irish companies were using the token sales to raise cash and fund their products.

In this, the second instalment, we investigate the darker side of ICOs, and whether lawmakers will step in to crack down on abuses.

Since last year’s wave of initial coin offerings, from big companies to little-known startups with nothing more than ideas, the space has been riddled with its fair share of flops and outright scams.

According to a recent report from consulting firm GreySpark, bumper ICO figures mask the fact that 50% of ICOs fail to reach their target.

This happened to Cork-based startup Confideal, whose ICO raised only around $104,000 worth of the cryptocurrency ethereum during an attempt to raise approximately $24 million.

It announced a second attempt at a sale in February, but the outcome of that effort is unknown. The company didn’t respond to Fora’s requests for comment.

So-called ‘exit scams’ – where ICO operators simply take the money and run, have also been all too common.

The founders of one project, Block Broker, raised around $3 million before absconding. Such scams have pinched nearly $100 million from investors, according to a research report from crypto consultancy Diar.

As a result, regulators around the world have waded in. The Securities and Exchange Commission (SEC) in the US has been investigating several ICOs for fraud, while in Europe, Switzerland and Malta have moved to introduce crypto-friendly regulations.

In Ireland, a number of startups have run, or are in the midst of running, ICOs, however they remain unregulated.

The Central Bank of Ireland issued an alert in December warning the public about the high risk, lack of regulation and price volatility associated with ICOs, adding that investors should approach with caution. 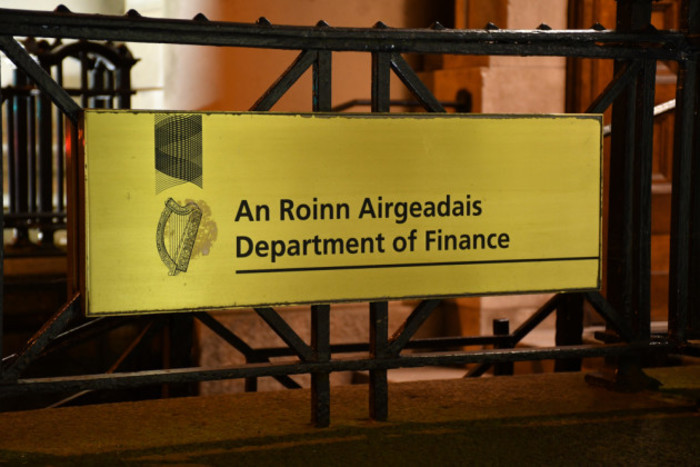 The Department of Finance released a discussion paper in March examining the market for blockchain technology and cryptocurrency, more broadly.

The department has also established a working group on the matter, however it is not known if or when regulation could be introduced. Until that situation changes, the ICO market in Ireland is essentially policing itself.

Dundalk’s Gecko Governance, which is currently raising $20 million through its own token sale, is trying to set better standards.

It’s developing a platform called Crypto1 for ICO operators to track their sales’ compliance in various jurisdictions and promote greater transparency. The platform will also allow know-your-customer and legal service providers to sell their services.

The Gecko token will be the currency that powers the platform.

“It’s too easy for people like me, who are running an ICO, to take the money and go off and buy a yacht,” Gecko chief executive Shane Brett said.

“You have the cash, so you can just disappear. There needs to be more rules around how that’s managed.” 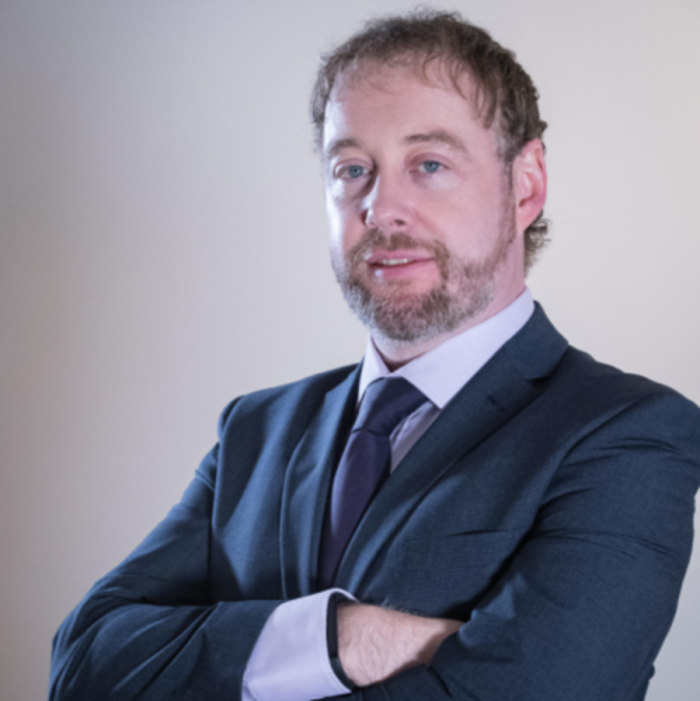 Susan Cosgrove, a solicitor with Cosgrove Gaynard Solicitors, a Dublin law firm that has built up a speciality in helping crypto-related companies, said ICOs could still fall foul of existing regulations such as those covering financial products.

“We always recommend to every ICO a full legal opinion setting out everything from company law regulation right through to whatever the product might be before and after the ICO and around the ICO itself,” she said.

Many crypto startups are quick to say their tokens are “utility tokens” that entitle the owner to access services but carry no ownership rights.

However Cosgrove added that selling tokens could be construed as being the equivalent of selling shares in a startup, which meant having the right company structures were key in the process.

“We recommend a new company be set up for the ICO, but if it’s an existing company they have to watch what way they structure it.”

Cosgrove added that she has yet to see any ICO scams rear their heads in Ireland but investors still need to be wary.

“From an investor’s point of view, they need to read all of the documentation and maybe even get advice before they invest in an ICO to make sure it’s a real product and it’s not just a fundraising scam,” she said.

In this way, ICOs can mirror traditional investing. TechStars investor Eamonn Carey said investors need to carry out their own due diligence on a startup and its token, even if there are no obligations to do so.

“I’m sure we’ve all heard the horror stories of people getting their fingers burnt by backing companies where there’s no governance and no real due diligence,” he said.

“I think now the market is maturing a little bit more and you’re starting to see ICO ratings (sites) and lots more stuff like that. I think we’ll see a lot more over the next couple of months. It’ll just make them a much more investable asset class.”

The EU is likely to be the ultimate agenda-setter for ICO and wider cryptocurrency and blockchain regulation in Ireland. 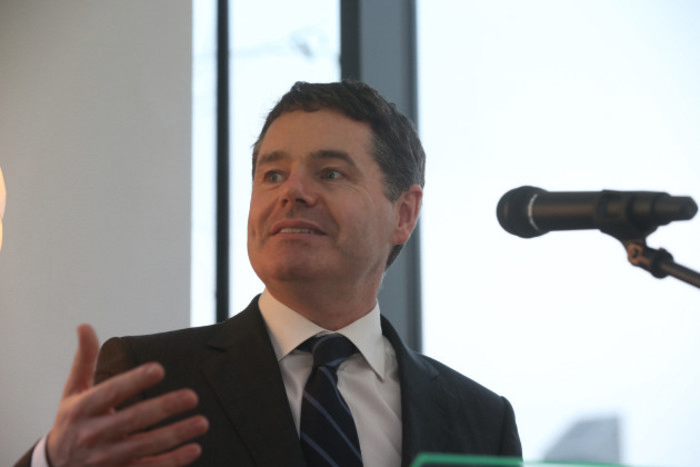 The process, however, is moving slowly at the European level. Last week, EU finance ministers met in Vienna and ruled out any new crypto regulations, opting to wait for further analysis by authorities.

Finance Minister Paschal Donohoe was quoted as saying “the EU will be acting carefully in this area”.

All the while, members of the European Parliament are thrashing out new crowdfunding rules that one MEP, Ashley Fox, wants to extend to ICOs.

03.06.2018This Irish-American VC firm wants to open up the 'exclusive' world of startup investment

His proposals include a cap of €8 million on the amount that can be raised, as well as mandatory background checks.

Aonghus O’Heocha, co-founder of Galway blockchain startup Bitcub, which is raising up to €10 million currently through an ICO, said that any regulatory framework needs to shield the average person from getting burned.

While experienced angel investors and VCs dipping into the crypto market are unlikely to need the protection of authorities, members of the public may need help in vetting deals and hedging their bets.

“It boils down to one simple thing – and that’s people not being ripped off,” O’Heocha said. 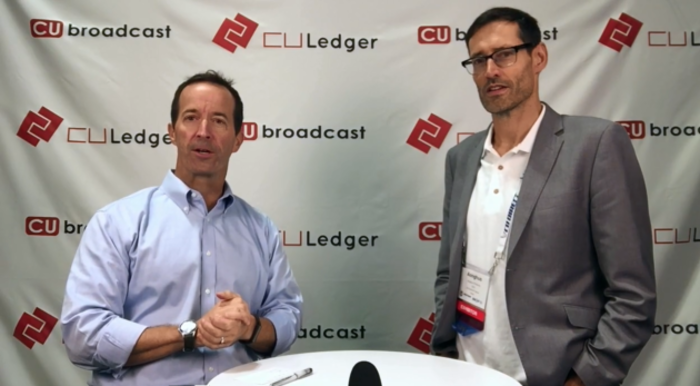 Proper regulation should be introduced, even if it hits startups’ bottom lines, he added.

“We pay our taxes like any other company, so whatever the regulators decide to put on in terms of taxes, we’ll pay it. It’s as simple as that.”

Meanwhile, the recent drop in cryptocurrencies’ value from last year’s lofty heights has gone some way to helping startups and investors adjust their expectations on what they’ll get out of an ICO.

Cosimo Ventures’ Connor Cantwell said it “can’t be a free for all” anymore.

“I think some of the bad actors we saw particularly in 2017, the lack of regulation was one of the key reasons unfortunately why some of those bad actors were successful,” he said.

Techstars’ Carey added that the ICO boom was much like the dotcom boom of the late ’90s and early ’00s where mom and pop investors were burned by bad investments.

Despite all of these adjustments – and with more to come – ICOs still have potential for positive impact on startups, Carey said, but “that all depends on people not getting ripped off by shitty people and shitty scams”.

“I want ICOs to be part of the toolbox that startups have access to because they’re an amazing way to generate money and investment and (from) a really enthused crowd of users who have some financial skin in the game and a real passion for what you’re building,” he said.

“I hope the SEC and the FCA (in the UK) and others pursue the people who did this in the wrong way, but put a sensible regime in place to allow early stage companies to still use this method of raising money.”