A QUARTER OF Irish fishing vessels that were inspected by the state were caught with illegal workers on board last year, new figures show.

The investigation comes amid claims that a system for giving permits to fishing workers from outside the European Economic Area (EEA) – introduced in an attempt to regulate the sector – is ineffective and that exploitation is still rife.

A former minister who helped set up the scheme says many workers are doing 100-hour weeks and only being paid for a standard 39 hours, while a key union official claims employers still aren’t properly held to account.

There are also suggestions that thousands of undocumented workers could still be employed in Irish waters.

In 2015, an investigation by the Guardian found that workers from Africa and Asia were routinely being employed illegally on Irish fishing trawlers and were being exploited as a source of cheap labour.

It claimed that undocumented workers often worked for days on end without sleep or basic safety training, while often being paid below the minimum wage.

The government set up a permit scheme in 2016 to provide workers with clear contracts backed by minimum pay levels and other mandatory terms and conditions.

It was supported with a compliance team from the Workplace Relations Commission to inspect fishing vessels.

However figures from the organisation’s recent annual report show that 136 inspections on 110 vessels yielded 28 cases where inspectors found non-EEA workers on board who did not have valid permission to work.

According to a statement to the Dáil by Jobs Minister Mary Mitchell O’Connor, there were another 59 employment rights breaches detected by WRC inspectors on top of the specified cases.

Asked what action it has taken following its inspections, the WRC told Fora: “The commission’s objective is to facilitate voluntary compliance insofar as contraventions are concerned.

“Vessel owners are afforded all reasonable opportunities to rectify contraventions and, where relevant, pay any unpaid wages and/or make good on entitlements arising from these contraventions.

“It is the policy of the commission to initiate legal proceedings in cases where a vessel owner has failed or is unwilling to effect compliance.”

However, only two prosecutions have gone ahead since the permit scheme was set up. In that case the two fishermen were prosecuted under the Illegal Immigrants (Trafficking) Act 2000.

They were both cleared of any wrongdoing. The WRC did not respond when asked by Fora if any other prosecutions have been initiated.


Ken Fleming, an official from the International Transport Federation who helped the Guardian during its investigation, said that the permit scheme has proved ineffective.

Speaking to Fora, he said: “There is no one that can convince me that the permit scheme is working.

“The boat owners are being cuddled with the policy of encouragement to make people comply. Is that the way we get rid of drunk drivers, by encouraging and cuddling them? It’s a joke.”

Fleming also said that he “didn’t accept” that 25% of vessels had illegal workers on board – and claimed that the figure was likely much higher.

As of the end of March, just 187 permits that would allow staff to legally work in the fishing industry for a year have been granted.

When setting up the scheme, then-agriculture and marine minister Simon Coveney established a ‘cap’ of 500 workers for the initiative.

Francis O’Donnell, the CEO of the Irish Fish Producers Organisation, admitted it was anticipated that somewhere near 500 permits would be issued to workers.

Despite this, he added: “If the gardaí and the WRC have done raids and found little or no problems, then there isn’t a widespread issue here. If there is an issue then there is something wrong with the policing of the system.

“We will not stand beside anyone who has been found to have been doing wrong by the gardaí and the WRC. We have vessels that are paying people good wages, and there are plenty of good skippers that will give good conditions.” 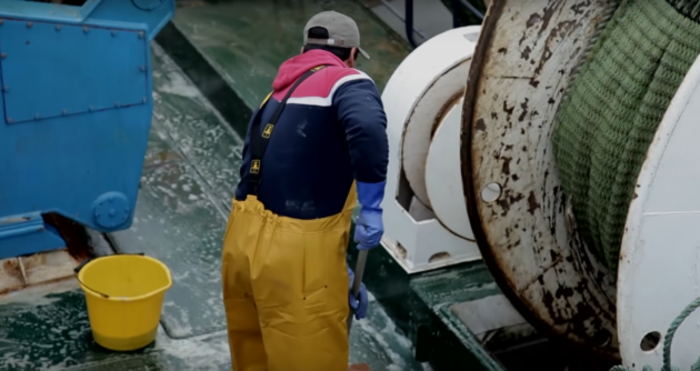 Regarding the 25% of vessels that did have undocumented workers on board, he said that many had applied for permits but were left waiting due to the tardiness of the system.

However, a spokesman for the Department of Justice said: “There has been no delay in processing applications where all details have been provided.”

However Fleming, whose organisation is an international trade union group based in the UK, said that even workers with permits were being underpaid as they were given only the minimum wage for a 39-hour week.

“There isn’t a fisherman in the world who could operate for 39 hours a week at sea and do his job,” he said, adding that many people are in reality working for up to 100 hours a week.

Labour senator Ged Nash, the junior minister for business when the Irish government’s initiative was being set up, also repeated similar claims in a recent Seanad debate.

“I have heard testimony from some (workers) that they were being paid the national minimum wage rate for a 39-hour week, which would amount to around €360, while working on vessels for in excess of 100 hours per week in many cases.

“This is illegal and these kinds of claims need to be investigated. The rights of these workers need to be vindicated by the state.”

Nash pointed to recent claims from an Egyptian embassy official that up 2,000 of his country’s nationals could be working on Irish trawlers from both sides of the border. 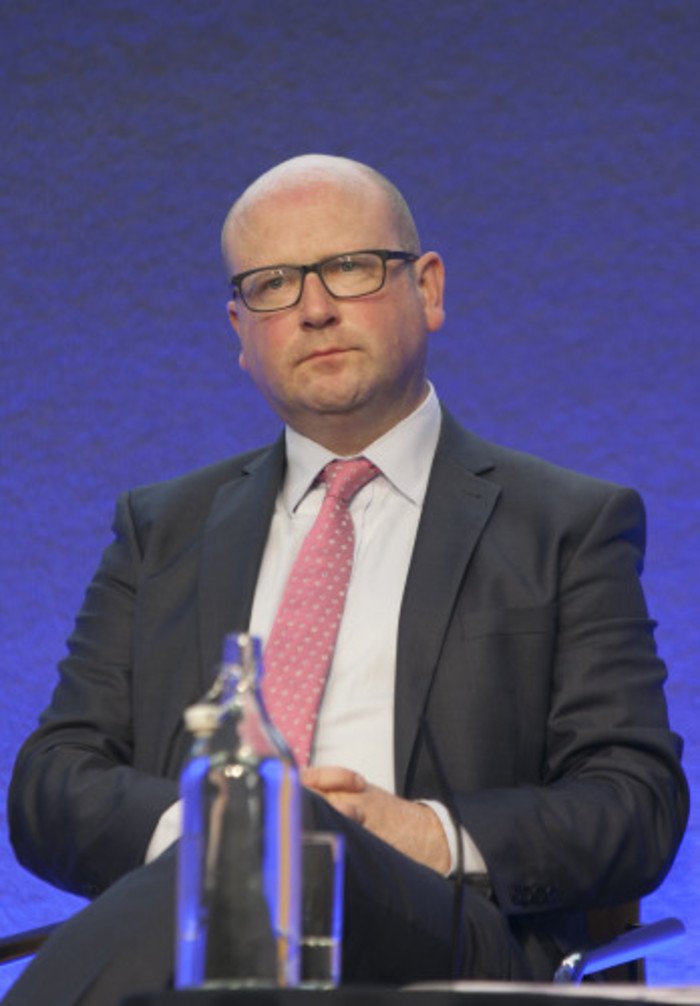 “The scheme limits the number of permits to be issued to 500, and nothing even close to that number has been issued,” he said.

“I have spoken to a number of decent, compliant trawler owners who wanted the scheme to succeed and who have pointed out the flaws in the scheme to departments.

“They want to be able to hire the skilled workers they need to operate their businesses, and they also want to see those who are thumbing their nose at the scheme to be held to account and to be taken to task by the agencies which are obliged to enforce the terms of the scheme.”

In response to questions from Nash, Environment Minister Denis Naughten said that Department of Justice officials “have worked with others within the industry to ensure compliance and where issues arise that they are dealt with by the appropriate authorities”.

“Justice officials have contacted their counterparts in the Department of Agriculture and the Marine with a view to meeting to assess the overall operation of the scheme to date,” he said.