A GROUP REPRESENTING Ireland’s multibillion-euro aircraft leasing industry said the sector is still “adversely impacted” by Brazil’s decision to list Ireland as a tax haven more than two years ago.

Ibec group Aircraft Leasing Ireland (ALI) – which formed last year and consists of 30 members including Avolon and AerCap – wrote to Ceann Comhairle Seán Ó Fearghail in March asking him to raise the issue during a visit to Brazil for St Patrick’s Day 2019.

In correspondence seen by Fora, ALI chairman David Swan said the Brazilian authorities’ decision to designate the Republic a tax haven “has been hugely damaging to Ireland’s reputation internationally and continues to negatively impact a number of Irish-based industries”, including aircraft leasing.

Other territories on the list include jurisdictions such as Panama, Monaco and the Isle of Man.

The government has unsuccessfully lobbied against the move, which has a major impact on many Irish businesses, as firms listed in Ireland have to pay a 25% tax rate on deals with businesses from Brazil instead of the 15% rate that previously applied.

As many of the world’s aircraft leasing companies are based in Ireland – over 60% of all leased aircraft worldwide are managed by Irish-based firms – it has become more expensive for Brazilian airlines to lease planes. 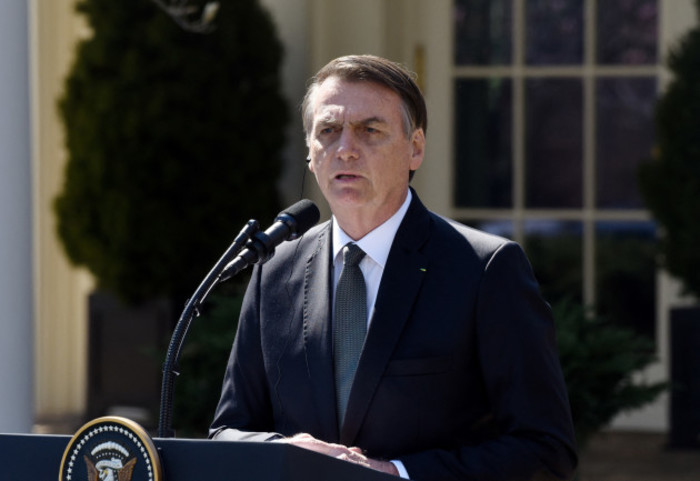 In the letter to Ó Fearghail, Swan explained that Brazil is the largest aviation market in South America. Airlines there had 570 aircraft in service and a further 368 on order as of February 2019.

“Irish lessors will be a key component in financing these aircraft. However the application of withholding tax to lease rentals gives rise to an increased operational cost for the Brazilian airlines or operators,” Swan wrote.

As well as seeking to get Ireland removed from the blacklist, ALI lobbied for the establishment of a double tax treaty with Brazil to give the State “an important competitive advantage and facilitate trade between both jurisdictions”.

Ireland has frequently been accused of being a tax haven by non-profit groups and NGOs, something that the government has always denied. The Republic was likened to a tax haven in a recent European Parliament study.

The Irish Independent reported that the aircraft-leasing industry in Ireland paid an aggregate €54 million in net corporation tax last year on multibillion-euro revenues.

A spokeswoman for Ceann Comhairle Seán Ó Fearghail told Fora he “used the opportunities of many high-level meetings in Brazil to raise the issue of the apparent discrepancies in the methods used by the Brazilian authorities in recognising Ireland’s tax policy and protocols”.

“Both undertook to review the issue and were anxious to assist Ireland in looking again at the existing legislation and protocols in place from the Brazilian side,” the spokeswoman said.

Note: This article was updated to include comment on behalf of Ceann Comhairle Seán Ó Fearghail.