IRISH BUSINESSES ARE lagging behind when it comes to investment in artificial intelligence, according to a new report by one of the Big Four professional services firms.

A survey by PwC highlights a lack of clarity among businesses on how to plan for an AI future and the challenges with accessing and re-training talent.

Conducted with the Analytics Institute, PwC surveyed 100 executives and high-ranking employees at companies of mixed sizes, including firms with revenues of less than €10 million and those with revenues of more than €5 billion.

This relatively small sample size covered various industries but more than 93% were outside of IT with the replies benchmarked against US data.

PwC has put together six priorities that need to be addressed by industry and government in Ireland: clarity, strategy, data, skills, trust and convergence, or how AI integrates with other technologies.

More than three quarters of respondents said AI will change how business operate significantly in the next five years and businesses that fail to apply AI will lose a competitive advantage.

Despite this acknowledgment in a broad sense, on-the-ground Irish businesses are lagging behind in AI planning – of the respondents, 39% said that they had no AI plans for the next year.

Applications of AI cover a broad spectrum, from current uses cases like automation of routine tasks and gathering and analysing data to more long-term plays like driverless cars. 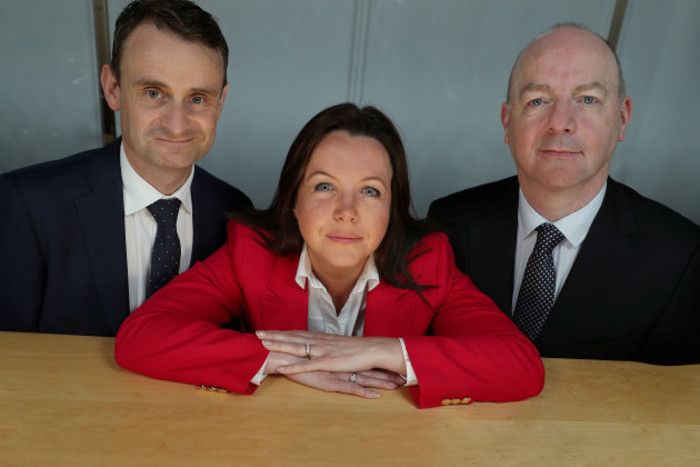 PwC partner and AI lead Darren O’Neill said online retail is by far the most advanced industry in terms of AI implementation but with much more complex – and riskier – functions like autonomous cars, it’s still not possible to predict a realistic timeline.

AI is often coloured with talk of job losses but many Irish businesses do not expect to drop staff as result of automation – they do however expect changes in the way businesses and tasks are structured.

More than half of businesses fear they will not be able to find the AI talent they need in the future with 47% saying they have no plans in place to adapt their workforce to this future. This compares with the US where just 11% have no plan.

“Access to talent is going to be and is a particular challenge and the numbers call out on that,” O’Neill said.

“This is about not just hiring new talent but also developing the talent that you have today within an organisation.”

According to PwC, these gaps in preparedness leave Ireland at risk of falling further behind.

18.02.2019Dublin's docklands could be turned into a playground for testing 5G technology

Many of the respondents call for the Irish government to put a public policy in place on AI by investing in skills training and having clear regulatory structures around data privacy and ethics.

While there is a gulf between Ireland and the US and China on AI development and investment, O’Neill said there are still areas Ireland can take the baton on.

“I think we should build on some of the stuff that’s already come out through GDPR (Europe’s data protection rules) so obviously the whole idea of use of data and privacy, I think we should take a really strong step and embrace and adopt that, which is happening already.”

O’Neill added that it is not a fair or apt comparison to place Ireland directly against the US, given the size disparities.

“I’m not sure we want to catch up. I would see us being classically what we are as economy, I’d like to see us being a fast follower rather than necessarily an absolute leader,” O’Neill said.

“We are never going to have the same number of research fellowships, doctorates, postgraduate students engaged in the type of research required that has real depth and capability, when you compare it to the US or China but it doesn’t mean that on a proportionate basis, we can’t be equivalent.”