Founder: Martin O’Regan
Elevator pitch: helping tourism attractions get their videos on airlines
Funding: €45,000 from Boeing, Datalex and others at the Propeller Shannon programme
Status: working with Aer Lingus

MARTIN O’REGAN IS in the business of tourism promotion, but his work creating and distributing video content has come across a few hurdles along the way.

The Cork-based entrepreneur’s latest venture InflightFlix, which creates video content promoting attractions, was born out of his other business VisitorFlix – but this time to address a specific market in airlines.

VisitorFlix has a similar remit. It develops short videos about various tourist attractions that are shown in hotels to assist visitors.

“Over the last six years we’ve made over a thousand videos,” O’Regan said but he encountered a recurring problem in measuring how effective it is.

“Based on the technology at the time, and businesses weren’t tracking where the business was coming from, we couldn’t prove that people were leaving the hotel and going to the attractions.”

He recalls one of the attractions, Bunratty Castle in Clare, saying it liked the idea but it would prefer a way to target the customer much earlier.

“Based on feedback from customers, (they) always want to get to people before they arrive at the destination.”

This was the seed for InflightFlix, established last year, which runs videos about attractions big and small in the destination people are flying to.

Last year it secured a deal with Aer Lingus – after three pitch attempts – to get its Wild Atlantic Way video onto screens on its transatlantic flights.

O’Regan said that the business gives attractions early dibs on tourists in the air and gives airlines access to higher-quality video content.

The crucial difference this time around, he said, is that it is easier to measure whether videos are being watched.

“We now have proof of play, how many people watched the video and we’re also, with wireless connectivity on flights, looking into making a booking on the flight,” he said. 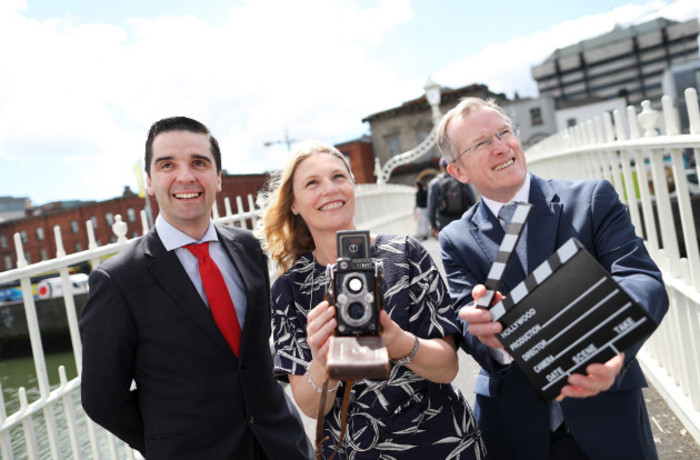 With the Aer Lingus deal in the bag, InflightFlix is currently in discussions with a number of other major airlines that the company hopes to sign off on soon.

InflightFlix is also taking a different approach to the revenue model.

“Traditionally, airlines pay for destination content whereas we make a better quality destination guide by showcasing the best experiences. We review them, there’s a nominations process whereby we go to the public looking for nominations,” O’Regan explained.

“We also review the experience and destination and then we invite them to apply.”

Under this model, attractions and events would pay to be featured in the video content and the revenue is split between InflightFlix and the airline.

This includes the production costs of the video content, according to O’Regan, with InflightFlix handling the actual filming and editing.

“We take care of all the production. Over the last six years, we’ve developed a core competency in video production.”

The company recently announced that it will be producing a Disneyland video for its forthcoming Los Angeles guide.

The startup participated in the Propeller Shannon programme at Shannon airport and received €45,000 through the programme.

The accelerator is backed by Boeing, Datalex and Enterprise Ireland to provide support and some early capital to startups in the aviation and travel technology space. The programme has attracted startups from around the world.

Participating in the Propeller programme has put the startup in front of decision makers in the airline industry to take the pulse of what airlines are looking for.

Currently the company is not seeking another round of funding, focusing first on closing out a few more deals with other carriers.