DIXONS CARPHONE, THE company behind Carphone Warehouse, has put the Irish division of ID Mobile up for sale just two years after launching it.

The UK firm said in a market update yesterday that it is has “made the decision to exit our iD mobile operations in the Republic of Ireland”.

Dixons Carphone said that iD Mobile’s Irish operation is different to the one it has in the UK. In Ireland, iD Mobile is a ‘mobile virtual network operator’, or MVNO.

Dixons Carphone said that the business model meant that while there was “excellent control”, there were also “upfront costs and increased administration, and we believe the business will flourish faster under dedicated ownership”.

The company said that iD will most likely be sold to a third-party.

iD had a high-profile launch in Ireland less than two years ago. The network, which is mainly targeted at young adults, was looking to secure 6% of the Irish mobile market in five years.

This would translate to roughly 250,000 people using the service. The Irish Times estimated that iD currently has about 19,000 Irish customers. 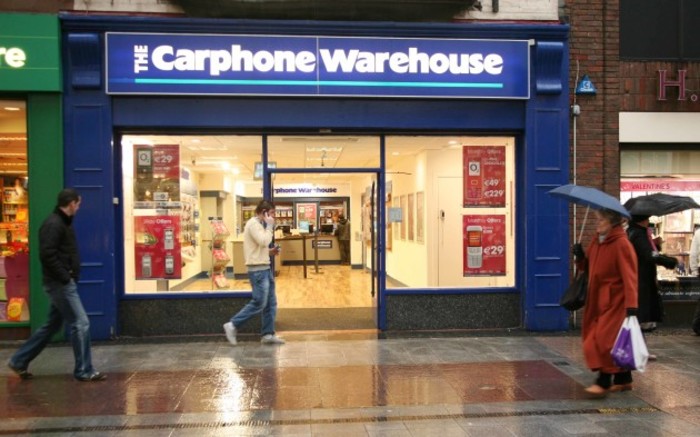 iD Mobile Ireland generated sales of £5 million (€5.7 million) in the year to the end of April, however the business reported losses of £10 million during that period.

Losses at the Irish arm of Carphone Warehouse jumped from about €2.5 million in 2015 to almost €12 million in the year to the end of April 2016.

Carphone Warehouse agreed a merger with Dixons in 2014, and during the 2016 financial year the newly formed business launched a major rollout of its ‘three-in-one′ store concept across Ireland and the UK.

This involved merging the remaining PC World and Currys stores and inserting a Carphone Warehouse. The costs associated with this for the company’s Irish business amounted to almost €4 million during its 2016 financial year.

Overall, the company is cutting the number of its Irish stores from 27 to 15. It is not expected that staff will lose their jobs as part of the reorganisation.