ONE DAY JOHN O’Neill was talking to Sean Browne, the head of Meath bedding company Respa Beds, about a new software product on the market.

Browne was interested in buying the product to help manage deliveries and logistics for the business and he asked O’Neill to scope out the product and see if it was worth the investment.

O’Neill has spent many years in the business of logistics and distribution systems, including a tenure as ICT manager at Target Express, and knew a thing or two about what works and what doesn’t.

“I came back to Sean and said the product is a good product, it will cover about 60% of your listed of requirements,” O’Neill said. “I took a bit of a gamble and said did you ever consider building your own application to give you 100% of what you want?”

This was the spark for his new venture Hub 360, a software platform for businesses that need visibility around their logistics operations.

He co-founded the company with Denise O’Kelly, who came from a background in web development, and the startup set about building a bespoke solution for Respa Beds that would digitise legacy processes and help it find a better way of tracking its business.

O’Kelly said the primary focus of the platform is to reduce the use of paper as much as possible and provide managers with a bird’s-eye view of operations, which can at times get messy and disorganised. 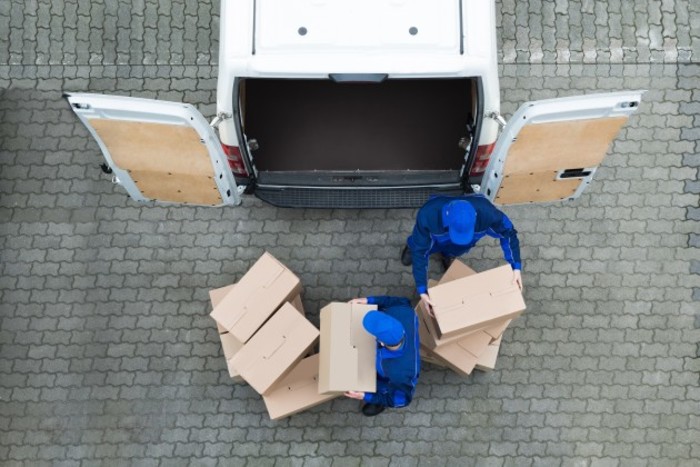 “Often it is largely paper-based so if the POD (proof of delivery) didn’t come back with a signature, there could be issues with getting paid for that,” O’Kelly explained.

“Hauliers need to come back with a POD to get invoiced, to tidy all that up, but our system allows them to upload that invoice online along with a copy of the POD so on their side there’s much less messing around.”

O’Neill said that Hub 360 builds a profile of each company it is deployed in, generating a picture of how many orders it fills and sends out each day and where trucks and vans are.

“It takes in details of the product type, the composition, the size, weight, destination, where it came from, who ordered it, where it’s going to,” he said.

“It takes all of that information and starts building up a profile.”

In one example, if a firm receives an order for Kilkenny, it may hold off momentarily on dispatching as it is likely that another order for that destination will come in, all the while determining the best route to take.

Grouping orders together will help optimise loads, cutting down on the number of journeys and the amount of fuel used.

Hub 360 was able to get Respa Beds on board as an early customer, and early validation, of its product.

There are plenty of logistics and delivery software suites on the market but Hub 360 was able to score Quinn Industrial Holdings as one of its flagship customers.

“We looked at trying to enhance the product. We went up to Quinn’s in Derrylin and we showed them an example of what bespoke software could do for them,” O’Neill told Fora.

The software is now being used in some divisions in the group. 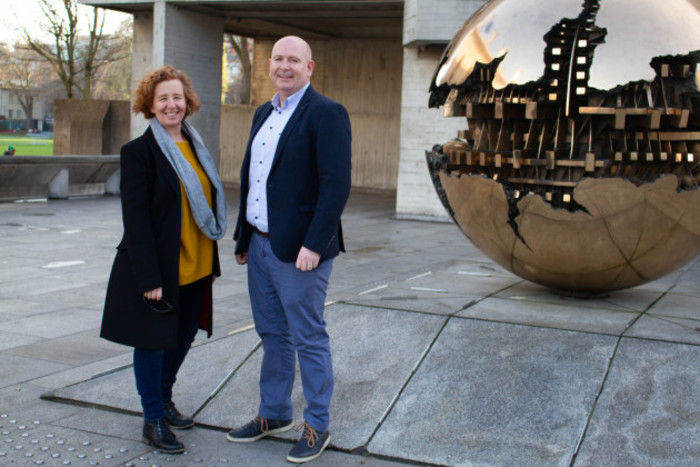 “It’s when they took an interest, we thought we have something here,” O’Kelly added.

After that, it secured some funding from Kildare’s Local Enterprise Office to investigate the market further.

The product has now evolved to the point where the key selling points for Hub 360 is traceability, which is particularly important for goods moving long distances or through borders and customs posts.

The startup is currently remoulding its business model to a software-as-a-service (SaaS) model, he said, adding that this approach will help it scale more effectively with more customers.

Hub 360 has remained largely bootstrapped since it began and O’Neill and O’Kelly said they have no plans on changing that.

O’Kelly added that Hub 360 is aiming to bring on three new customers next year.

“We have a pipeline of people that we’ve been talking to over the last year and a half. Our plan then is another six customers the year after that.”